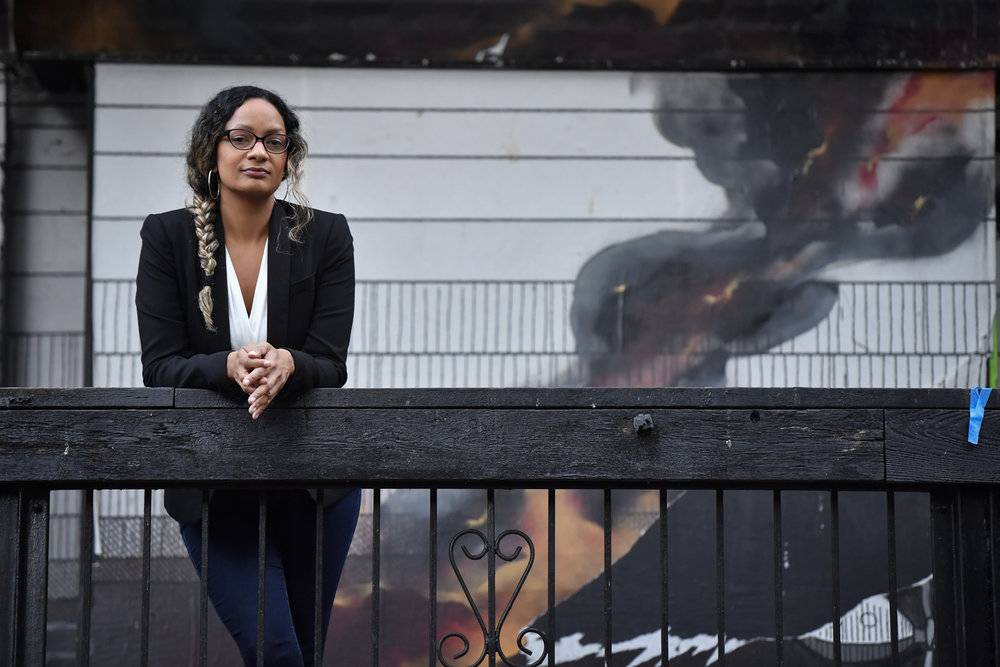 Last spring I competed for—and won—an executive position in the arts. When I found out, I was thrilled because, let’s be honest, the industry is predominantly cis, white, and male, and I was all for infusing new approaches and ideas into the role. After only a few weeks, my staff and I found out about some fraudulent and unethical practices of said organization, and we removed ourselves from the equation. We were gone before we even got started. And that’s what really dug into me: we were gone before we even got started. I was gutted that I was forced to choose between holding down what would have been a dream job, and my own values around transparency, support, and care.

Tails: I chose to stick with my values.

As women of colour artists, organizers, and mentors, we already have to carry so much weight. We already have to bear the brunt of being placed on stage and being expected to answer racist, sexist, or just plain ignorant and inappropriate questions. And then we are expected to rush to repair the damage and sift through the rubble. I am a fixer, a communicator, and a builder by nature, but I refused to be placed in an unsupportive position with zero tools. I refused to be placed on a glass cliff with no other option but to take that tragic fall while watching the faces of those who put me there stand strong at the top, smiling, waiting for me to hit the ground.

Although my decision to be transparent about my reasons for not taking on the role last year was something I needed to do ethically, I still played a game of heads or tails in my mind:

[coin flips in the air]

Heads: Young women of colour writers need to see themselves in these positions, maybe I should stay?

Tails: Do I really want to invest years of my time fixing the mistakes of someone who was not concerned about who would be left to pick up the pieces?

Is this the role I should be in when I could be doing so much more to help artists?

Tails: How can I best use my skills to help prepare artists, organizations, publishers, and alike to better work together?

That last question was the one that repeated on loop.

It was from this glass cliff experience that I began to recognize that not all organizations operated from a place of love, respect, intention, and transparency—there’s work to do. I knew this. Some organizations skip over communication and care. I’ve felt this. It’s ok to make mistakes, (I know I have), but at what point do we as organizers say “Ok, I think I need help with this area in particular” and then ask for it? How can we do better? Do we want do better? Even though it’s fairly obvious that the work, effort, time, and energy that women of colour artists put into the industry is valuable and vital, I want to see women of colour insert themselves into the publishing industry with ease, support, and care. I really do not think that is asking a lot. In turn, I want to be able to offer support, and fully immerse myself in the notion of care and mentorship. I had to write myself into the narrative throughout my career in the literary arts because I believed that in order for me to work at the best of my ability and to my full capacity, that I would indeed have to either break the template, or write my own. I knew I didn’t fit into the current ones, and I was not expecting anyone to build one for me.

One morning late last year while in the shower (there’s something about water that brings about deep thinking, I swear) I started to reflect on a recent event. As a slow processor, I knew that these reflections can often show themselves days after an event. Standing under the warm water, those late-to-show-themselves-gut-feelings started to form:

With this particular reflection I noticed that something was sitting crooked in my gut causing me to question myself yet again. How should I have answered that question? Should I have looked to the moderator for help?  What was it that really bothered me? Was it the question? Was it the fact that no one chimed in? Or was it the fact that I felt like a deer in the headlights trying to get out of the way of a fast approaching SUV ready to plow me down? I think, sadly, it was the last one. Being put on the spot to explain to someone—why your work deserves space and to have to defend why your work is not just a “trend” is something no writer should have to do.

I am used to speaking to not-so-diverse audiences (with the exception of a few events that I curated on being Black in Vancouver). But I think if we are bringing marginalized folks into these spaces knowing the audience demographics and with the knowledge that BIPOC writers have experienced unease at events, then we need to do the work to prepare authors as much as possible and event organizers need to have some sort of guidelines or best practices for audience members … I always say when in doubt, ask about craft!

Still in the shower, I thought again about that glass cliff executive position. And then it hit me: Why can’t I focus solely on building an organization that delivers care to artists and organizations? And that’s exactly what I did. That same day I began to build my own template for Breathing Space Creative, an author care consulting firm. Almost a year later, it’s slowly coming to life and I could not be more thrilled, and it could not have bloomed at a more crucial time. When I shared the idea with a few trusted colleagues and writers, the response was beyond positive. Author care has nothing to do with fancy hotel rooms or tote bags, it’s about having someone’s back.

I shut the water off, and as the last beads of water splashed my face, I felt as though I finally had a bit more hope. And yes, the thought has often crossed my mind to stop writing, teaching, and organizing or to go back to a “nine to five” but it’s usually at that point where I begin to feel the pull towards doing the work I was meant to do, by any means necessary. Throughout my life I’ve had things ripped from my strong grip time and time again. I’ve watched my fellow writers hang their heads from exhaustion thinking that there is no space for them or that when there is space, they don’t fit. That doesn’t sit right with me. It sits crooked in my gut. I am not ready to give up. I don’t want new artists entering this industry only to be gone before they even get started. We need to build resilience and I don’t know about you but I think we have to do this through truth, transparency and care. There’s something to be said about carrying around the reassurance that someone is watching out for you. Sometimes just hearing the words “I have your back” is enough to help you stand for just a bit longer.