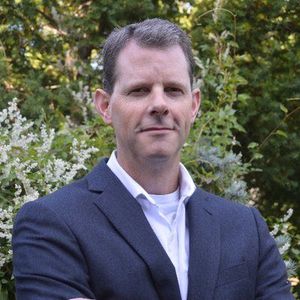 With just 23 members, it may be the country's most exclusive club. Canadian Prime Ministers, seven of whom are still alive in addition to our current PM Justin Trudeau, have shaped the course not only of our country but, in many cases, the course of North America and even the world.

It's a heavy mantle on a leader's shoulders, but in J.D.M. Stewart's Being Prime Minister (Dundurn Press), the focus is less on the office and more on the people themselves. Going behind the scenes to an unprecedented extent to show the personalities, quirks, and habits of the PMs, Being Prime Minster is a must-read for fans of Canadian history and politics, not to mention anyone curious about the personal toll of holding the highest office in the land.

We're excited to speak with J.D.M. today about his own behind the scenes experience in the writing and publishing of the book. He tells us about being pleasantly surprised by the "it takes a village" reality of bringing a book to life, his advice for first-time writers, and how the aspect of publishing he was most afraid of turned out to be his favourite part.

The thing that surprise me most about the publishing process:

Probably what surprised me the most was just how early everything gets going in the publishing process. I mean, I had barely finished half the manuscript and we already had a cover. I was quite interested in the whole design process, and I was fortunate with my book to have such a fabulous page design and layout. The fonts were superbly chosen. And I think, as well, the number of people who end up being a part of your book in some fashion or another is quite remarkable. Editors, designers, publicists, proofreaders, in addition to all the people who personally help you along the way. There are a lot of people involved in publishing a book.

One of the great things about writing this book was reading other works of history. I’ve always admired Pierre Berton and Bruce Hutchison, both prolific and wonderful storytellers, but Peter C. Newman is such a gifted writer. At times, I would sit back and just say: “Wow, I wish I could write like that.” Instead I just quoted him a few times and just let my own writing voice be itself. But there have indeed been some terrific writers of history in this country and these are three of the best.

My advice would be to find a topic you love and think about what would make it appealing to a wider audience. You have to have an excellent subject that will capture people’s interest. I would also suggest trying to get some smaller pieces published first in a magazine or newspaper to help establish some of your writing bona fides. This was my first book, and to some degree I was quite lucky to get picked up by my publisher because I had not previously been published. But it also true that I had a small reputation developed from more than 20 years of writing in newspapers, whether it was in letters to the editor (which teaches you the value of writing with precision) or larger opinion pieces.

I have to say that I really enjoyed the editing process, much more than I thought I would. I was terrified of the “substantial edit” because I thought I might get sent back to the drawing board. I had no idea how my draft manuscript would go over. But it turned out things were in pretty good shape. But then it was fascinating to see the edit process slowly shape and improve the manuscript, so I give full points to my editor, Dominic Farrell, who did a terrific job. Of course, we quibbled over a few things and that was an interesting part of the process as well.

Even after that editing stage, the proofreading was something else, too, because I could not believe the kinds of things these highly-trained editors can still find after a book has been read and edited so many times.

For me, and I think many other writers, writing is a solitary exercise. I need an isolated space for myself where I know there will be no interruptions or distractions unless I invite them. So that meant if I were writing at home, I would have to be alone. Thankfully, a lot of the writing I did was during the summer so the family was often away at the cottage and that allowed me to get work done. Non-writers I don’t think quite understand how essential it is be left alone so you can find your groove and thought process as a writer. Other than that, I just need a clear space with light and room to move around.

J.D.M. Stewart is a Canadian history teacher. His writing has appeared in newspapers across Canada for more than twenty-five years. He lives in Toronto.

Behind the politics, discover the lives of Canada's leaders.

“What a life it is to be prime minister!” — John Diefenbaker

Canada has had twenty-three prime ministers, all with views and policies that have differed as widely as the ages in which they lived. But what were they like as people? Being Prime Ministertakes you behind the scenes to tell the story of Canada’s leaders and the job they do as it has never been told before.

From John A. Macdonald to Justin Trudeau, readers get a glimpse of the prime ministers as they travelled, dealt with invasions of privacy, met with celebrities, and managed the stress of the nation’s top job. Humorous and hard working, vain and vulnerable, Canada leaders are revealed as they truly were.