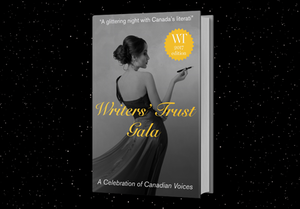 The Writers' Trust Gala is a sparkling black tie evening that brings writers from their natural environments of coffeeshops and tiny attic offices to Toronto's Ritz Carlton Hotel. It's all for a good cause: with more than 400 donors and guests in attendance, the evening raises more than $250,000 each year for the important initiatives of the Trust, which include literary awards in all genres as well as unique awards for emerging writers and LGBTQ writers; a writers' retreat in the Yukon; an emergency fund for writers in financial distress; and much more. Most excitingly, the Writers' Trust's will announce the recipient of the $50,00 Writers' Trust Fellowship at the gala.

It all goes down tomorrow night, November 7, so to celebrate, we've asked five of the staggering 50+ 2017 guest authors to share with us about attending the gala, from what they're wearing to the writer they themselves would most like to sit with.

I love attending the gala, it’s that magical time of year when writers transform from people who work in their pyjamas with self doubt into gloriously garbed and celebrated artists.

I've been a couple of times and found it very glamorous and a little overwhelming. To see that number of writers in one place is almost dizzying. I'm usually watching from the edges, trying to keep my jaw above my neck and telling myself: "Don't be such a weirdo fangirl. This ain't Comic-Con." I did once have a very cool conversation with a man at my table who had just spent several weeks in the Arctic and described the air so vividly.

I know I've been once, but I may even have been twice. Things have blurred some for me ... ! I recall being there one year with Camilla Gibb and the both of us laughing about something that might not have been as funny without wine. I was seated at a table of magnates from either oil or banking that year and they got pretty silly after a few cups, too. It was a very fun celebration.

I have attended the Writers' Trust Gala on and off for sixteen years and the event is full of memories for me, often in the details:

This isn’t my first gala. What I love is meeting the people at my table and talking books with them.

The Marrow Thieves is a young adult dystopia set in a time when the only people left with the ability to dream are North American Indigenous people who carry the dreams in their marrow, and as a result, are being hunted. 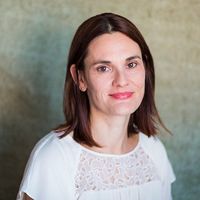 The Weekend Effect is my first non-fiction book. It's about the cult of overwork, how our relationship to leisure became so toxic, and why we need to vigilantly protect our weekends in this accelerated world.

Bellevue Square is a story about a woman who learns she has a doppelganger in Kensington Square. Her curiosity turns to worry and then horror when she learns who the doppelganger is and what she wants ...

My latest book is The Barefoot Bingo Caller, a mostly funny memoir that spans the last fifty years. It starts with me as the low-rent star in a bingo hall where I was the caller, and a night of cruising the booze cans, as the after-hours clubs used to be called. Then it moves on to the halls of power in Ottawa where I played a forty-five minute role in world politics around the collapse of the Soviet Union. Stephen Leacock said humour needs poignancy to be funny, and I hope I've hit both those notes in this book.

Gutenberg’s Fingerprint is a book about books—one particular book, The Paradise Project, produced simultaneously in a book-arts letterpress-workshop edition by a quirky born-again Gutenberg and as an ebook by a young designer with more than a little ink in his veins, too. In the course of choosing paper, setting type, inking the press, and pulling the pages, I explore the myths and history, the present and future of books through the lens of my own 40 years as a writer.

What will you be wearing to the gala?

Whatever I can convince fancier friends to lend me. (And that goes well with Spanx.)

Spoiler alert: NOT the dress I wore the last two times! 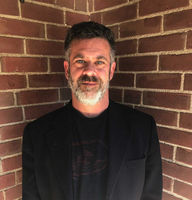 My upper layer will be a beautiful rented tuxedo, but underneath I'll be wearing full scuba gear.

For the gala, I will try once again to learn how to tie a bow tie. I have watched YouTube videos and had countless demonstrations but I fear I might end up with the clip-on once more.

Eden Robinson. And I would just crack jokes so that I could hear her legendary laugh all night. So if that happens, be prepared with quality sound techs so the speeches aren't drowned in deep, contagious mirth.

Carol Shields or Sinclair Ross. I'd ask them the same thing: Tell me about uncovering the unknowable human heart. And also: Do you have any weird writing rituals or can you just let it fly wherever you are?

I'd bring Gwendolyn MacEwan to dinner. She'd have amazing stories about the English-Canadian poetry scene in Toronto in the sixties and seventies. Good gossip and memories of the first wave of poetry in hippie Toronto ...

I would like to sit beside Will Ferguson because he is a very funny guy, and I'd like to see if I could make him laugh half as much as he has me.

Catharine Parr Traill. I would ask her how she made the coloured inks with which she, her niece, and her five grandnieces hand-coloured the 5,000 illustrations in that first 1868 edition of Canadian Wildflowers.

Cherie Dimaline is a Métis author and editor whose award-winning fiction has been published and anthologized internationally. Her first book, Red Rooms, was published in 2007, and her novel The Girl Who Grew a Galaxy was released in 2013. In 2014, she was named the Emerging Artist of the Year at the Ontario Premier’s Award for Excellence in the Arts, and became the first Aboriginal Writer in Residence for the Toronto Public Library. Her book A Gentle Habit was published in August 2016.

Katrina Onstad's first novel, How Happy to Be, was published to great acclaim in 2006. Her award-winning journalism has appeared in The New York Times Magazine, The Guardian, Elle, and Toronto Life. Katrina lives in Toronto, where she is a culture columnist for the Globe and Mail.

Michael Redhill is the author of the novels Consolation, longlisted for the Man Booker Prize, and Martin Sloane, a finalist for the Giller Prize. He's written a novel for young adults, four collections of poetry and two plays, including the internationally celebrated Goodness. He also writes a series of crime novels under the name Inger Ash Wolfe. His most recent novel, Bellevue Square, is a Giller Prize finalist. The author lives in Toronto.

Antanas Sileika is the author of four works of fiction. His first book, Buying on Time, was shortlisted for the Leacock Medal for Humour and the Toronto Book Award as well as serialized on CBC Radio’s Between the Covers. Woman in Bronzeand Underground were both listed among the 100 books of the year by The Globe and Mail, and the latter is in development for a film. An essay of his will be included in Best Canadian Essays of 2016. Antanas is the director of the Humber School for Writers. He lives in Toronto, Ontario.

Merilyn Simonds is the author of 16 books, including The Holding, a New York Times Book Review Editors’ Choice; The Convict Lover, finalist for the Governor General’s Literary Award; and most recently The Paradise Project, flash-fiction stories hand-printed on a hand-operated, antique press. She is founding artistic director of Kingston WritersFest and a past chair of the Writers’ Union of Canada. She teaches creative writing and mentors emerging writers around the world. She lives in Kingston, Ontario.