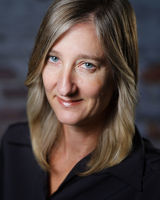 Ele Pawelski's debut novella, The Finest Supermarket in Kabul (Quattro Books), follows three characters in the aftermath of an explosion at the titular shop - a real event that occurred in 2011. Merza is a newly elected politician who is dogged by threats from unknown enemies; Alec is an American journalist looking for a career-making story; and Elyssa is a Canadian lawyer who has travelled to Kabul to train and support female magistrates. When each one is effected by the explosion, their lives intertwine in unexpected ways.

Both a page-turner and a thoughtful character piece, The Finest Supermarket in Kabul is an exciting debut. Pawelski draws on her decade-long experience working on human rights projects in unstable areas of the Middle East, and the result is a lush and detailed narrative that makes us eager to see what she writes next.

Best of all, Ele agreed to test drive our newest interview series, Going Pros & Cons: The Publishing Life. In this series, we ask authors to share about the ups and downs of becoming a published writer, from the most unexpected aspects to the oddest situations they've found themselves in. Ele tells us about the strange experience of getting great news the day the rest of us were getting very bad news indeed, the "subtle powerhouse" of an author who she was most excited to meet, and the advice she would give a writer trying to publish for the first time.

My first big publishing victory was Quattro Books’ invitation to publish The Finest Supermarket in Kabul. I received their email the same day as the last U.S. election, so I now remember that day as a positive one in finding out that I would be a published author. My partner and I celebrated at Carmen, a favourite Queen Street restaurant. Also called my mom to deliver the news. As I hadn’t really talked much about “project get published,” she was both surprised and excited.

I heard Roméo Dallaire speak at the Toronto Reference Library in 2016. I’d read his first book, Shake Hands with the Devil, when I worked in South Sudan in 2006. At the time, the peace agreement had just been signed and the atmosphere in the town where I lived was hopeful with a dash of “let’s get on with it.” Newly released, Dallaire’s account of struggling to stay the course as head of the UN peacekeeping mission during the genocide in Rwanda was a must-read for aid workers. His difficult re-entry to Canada was well documented in later news stories. At the library, he was speaking about his latest book, Waiting for First Light: My Ongoing Battle with PTSD. With his earnest demeanour, he was the subtlest powerhouse I’d ever listened to. And he had spot-on words about the need to treat mental health as an injury, just like a broken leg or arm.

Not sure if this is awkward but it’s certainly amusing. A friend who works at CBC Toronto offered to give my book to a couple of radio hosts to see if they could fit an author interview into one of their shows. We were thinking news and current events, and shows that report on Afghanistan, Canadian international assistance, and aid work. Later that week, my friend emailed to say it seemed challenging to get my book into these places. Instead, passing by Shelagh Rogers’ office, my friend glanced in and saw piles of books. My book (and business card) ended up perched on top.

Shelagh Rogers, if you are reading this, I hope you find my novella and think of it when you’d like to be engulfed in a fabulous short-read about Afghanistan.

When I first started writing, I was writing just for me. Soon, this branched out into emails to family and friends with sartorial takes on my life overseas. When I joined Moosemeat Writing Group, I started to write for a wider audience but still hadn’t quite thought I’d be publishing something. Like most emerging writers, I believed the writing, or more so the editing process, would be the most difficult portion. Mainly because I hadn’t put my mind further ahead than each milestone. This is so not true. Getting the word out about my book is crazily time consuming, although in a good way. Who knew there were so many different social medias???

I thoroughly loved Donna Tartt’s The Secret History, which I borrowed from a friend when I worked in Kenya in the late 1990s. I’m not sure the term why-dun-it had been coined yet. Her authentic dialogue and ever-evolving relationships between the main characters compelled me to keep turning pages. During my second read, I came to admire Tartt’s use of descriptions of character actions while speaking, avoiding overuse of she/he said. In my own writing, I consult this book frequently as I hunt for ideas while writing conversations. Her next two books came out in 10- year intervals. I found this comforting. Good writing was better than being prolific. However, I found The Little Friend a tough read and nowhere near as engaging as The Secret History. This was concerning. But then The Goldfinch hit the shelves. And I realized, not everything I write may be brilliant, and I may not write quickly but I’ll keep learning and improving as I go.

Fall in love with your manuscript and your characters and fight as hard as you can to give them life. All good writing will find the right home and readers. Your job is to figure out where and who that is.

Truth be told, I write mostly from my couch. There is a desk in my house, but my partner claimed dibs as soon as we bought it. And it’s become a mini man-cave covered in his stuff. But that’s okay since writing is something I do at night, and I prefer to be comfortable when being creative. Editing, a more enjoyable but rigorous task, happens at my kitchen table. Besides my couch, I need wine, internet, and silence in my writing space.

Ele Pawelski managed human rights projects in Kabul, Afghanistan and other danger-pay-locales for a decade before returning home to Toronto. She has published stories in the Nashwaak Review and The Globe and Mail. She still keeps a bag packed for spontaneous trips.

The Finest Supermarket in Kabul

Ele Pawelski's thought-provoking novella, The Finest Market in Kabul, bursts into the world at the perfect time. Set in Afghanistan in 2011, three divergent characters end up in the same place at the same time when a suicide bomb detonates. Merza, a new and naïve parliamentarian, receives ominous threats after he wins his seat; Alec, an American journalist looks for a scoop on modern daily life in the ravaged capitol; Alyssa, a Canadian human rights worker gets unwanted attention from a powerful male magistrate. These three diverse perspectives collide in the dramatic and savage bombing, and are never the same.