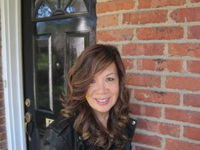 Kim Moritsugu's smart, tight, witty, and character-driven novels have earned her tons of fans. Her brand new, seventh novel, The Showrunner (Dundurn Press), shows that there is just as much drama and tension behind the camera as there is in front, exploring the cut-throat world of television production.

Ann is the creator of a popular show, and the former mentor of her showrunner, Stacey. As Stacey's star rises though, Ann begins to see the writing on the wall. Determined not to be pushed out of her own show, she turns on Stacey, whose drive to become a power player in a competitive industry clash with Ann's desire to remain in control. Jenna, Ann's new assistant, is caught in the middle. It's a high stakes, high drama, inside baseball spectacular. Catherine Gildiner praised the novel saying, "The Showrunner has all the drama of All About Eve and the attention to detail of The Devil Wears Prada... She rivals Nathanael West’s fabulous descriptions of Hollywood where the hopefuls become twisted by their own ambitions."

Since Kim did such a fabulous job capturing the television industry, we decided to ask her to share her wisdom about the publishing industry she has so successfully navigated over the years. She shares stories of cutting 35,000 words from a manuscript in six weeks, her best and worst public events, and offers a quote to live by from the late Nora Ephron.

I got my first offer of publication by telephone, a call I took in my kitchen, where I was either cooking, cleaning up, or supervising my sons' homework, maybe all three at once. The then-editor at Goose Lane Editions called to say she loved the humourous tone of my novel, and would like to publish it. But first she wanted me to edit of the manuscript according to some notes she would fax (yes, fax) over, and oh yeah, the total word count needed to be reduced from 100,000 to 65,000. So could I do those things and send her a new version in six weeks' time?

I was excited and thrilled to hear the news, which came after 19 publisher rejections, but I don't recall celebrating so much as panicking at the thought doing a credible rewrite in so short a time. I got the job done, thanks to some benign child and household neglect, and sent a new draft on schedule. A signed contract and more small edits later, Looks Perfect was published, a quick six months (!) after that first phone call. Then, I could celebrate.

I was a guest author at the Sleeping Giant Literary Festival in Thunder Bay, Ontario, when the festival was a weekend-long event that included readings, workshops, and a gala dinner held at the charming old Prince Arthur Waterfront Hotel. Ahead of the dinner, I was impressed by the large numbers and active engagement of the festivalgoers, and nervous about the speech I was to give, as one of four or five authors asked to address about 100 people sitting at round tables in a ballroom.

My speech was a shaggy-dog-ish, jokey story about how I'd overcome lottery-like odds to become a published author. I was midway through it, not sure how it was going over, when a woman in the room started to laugh. I couldn't pick her out in the crowd, but we could all hear her. Her laugh was long, low, infectious, and had a helpless quality, like the more she thought about what I'd said, the funnier it became. Her laugh emboldened me. I leaned into my comic pacing, killed the room, and sat down to what sounded like thunderous applause.

Self-doubt being my middle name, I did wonder, both while I was speaking and afterwards, if the woman had laughed about something unrelated to my speech. Maybe one of her tablemates had leaned over and whispered a hilarious quip in her ear, or passed her a funny note. Maybe she was reading another author's book while I was speaking, and she laughed at that person's words on the page. I'll never know. But I'll always have Thunder Bay.

A reading at a Montreal Chapters store, given to an audience of six that consisted of my two parents-in-law, the other writer's husband, and two bookstore staff. The worst part: I not only asked, "Should I go on?" at the end of my planned reading passage, I did go on.

I greatly admire the (now deceased) Irish writer Maeve Binchy, who wrote internationally bestselling novels of the domestic dramedy sort, told in a narrative voice that was both sympathetic to her characters and sharply observant. When I heard she had a new book coming out, I asked the Globe and Mail book editors if I could review it, and fangirled in the published piece. Soon after, she appeared at IFOA in Toronto. I attended her interview event, not the first time I had seen her speak. As ever, she was warm, witty and self-deprecating onstage. I joined the line-up at the signing table, and presented my book (a review copy!) to be signed. When I mentioned that I'd written the Globe review, she stood up, drew me into a close hug, and thanked me profusely for the review as if she'd a) read it, and b) cared what a Canadian reviewer said about her work. My day/week/month/year/writing career was made.

My favourite parts: Having a manuscript accepted for publication. Working on revisions with a smart and perceptive editor who likes my writing. Hearing from a reader that they enjoyed the book!

The rejection and humiliation part, and the sad necessity to court rejection and humiliation. Something within me withers every time I send out a jaunty, carefully composed pitch to a newspaper, magazine, broadcast entity, new media site, or literary festival, and that something dies when the email disappears into the void, never to be replied to. Also dispiriting: when someone who has previously published, interviewed, or hosted me rejects me the next time around.

A writer named Tom McAllister recently posted online a personal essay, widely circulated among commiserating writers, about the soul-destroying task that is self-promotion. To the as-yet-unpublished, grousing from the published ranks might sound like the playing of a tiny violin. We can all console ourselves by remembering that adversity makes for good material. In the immortal words of Nora Ephron: "Everything is copy." Or, as the Cosmo Brown character in the movie Singing in the Rain says: "[Now] I can start suffering and write that symphony."

Kim Moritsugu’s six previously published novels include The Glenwood Treasure (shortlisted for the Arthur Ellis Best Crime Novel Award), The Restoration of Emily (serialized on CBC Radio), and The Oakdale Dinner Club. She recaps TV shows online as The Hungry Novelist and lives in Toronto.

The hiring of a new assistant triggers a power struggle between an aging TV show creator and her former protégée.

Rising-star showrunner Stacey McCreedy has one goal: to leave behind her nerd-girl origins and become a power player — like Ann Dalloni, her former mentor and current producing partner. Ann, meanwhile, is feeling her age and losing her mind. But she’ll be damned if she cedes control of their hit primetime TV show to Stacey.

After Ann hires Jenna, a young actress hoping to restart her stalled career, as an assistant, the relationship between Ann and Stacey deteriorates into a blood feud. Soon, Jenna must choose whom to support and whom to betray to achieve her own ends. And Stacey will find out if she possesses the killer instinct needed to stay on top.