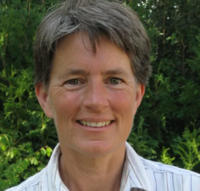 For many younger offenders, the first step off the accepted path represents a turning point; a crossroads where their futures hang in the balance. With intersectional pressures often including poverty, family unrest and abuse, mental health issues, racism, sexism, and homophobia, many youths enter the system under circumstances where other kids might have been given a second chance.

Deborah Ellis focuses on these first, influential moments and experiences in My Story Starts Here: Voices of Young Offenders (Groundwood Books), where young offenders tell their stories in their own words. From kids whose only refuge from abuse was found in a gang to court appearances before puberty has set in, the stories make clear the razor's edge many of these young people live on - where even one supportive person makes a difference in their trajectory. Also included are several pieces from the perspective of young offenders' family members, or adults looking back on their past as a young offender. Wherever the writer is coming from, the essays serve to ask tough questions about the most effective way to combat youth crime and whether our current approach may be missing the mark.

We're pleased to present an exclusive excerpt today on Open Book from My Story Starts Here, courtesy of Groundwood Books. In this section, we meet Ian, a teenager who shares his story of how things began to go wrong for him when he was just nine years old.

An Excerpt from My Story Starts Here: Voices of Young Offenders by Deborah Ellis:

My trouble with the law started in grade four. Me and some friends started fires in our town.

There were some caves in the areas I was living. We liked to explore the caves and we thought it would be great to have campfires there. We gathered up some branches off dead trees and made a fire and it was fine.

We might have been okay if we’d left it there. I mean, we should have known more about fire safety, but I don’t think we were bothering anybody. But we decided to keep building fires and to build bigger ones.

It’s against the law to start fires like that. People caught on that it was us because we needed paper to build these fires. We would go to those free-newspaper and free-magazine stands and empty these out and run down the street with armloads of these things. It was a small town. People knew us, got to wondering what we were doing, put two and two together and called the police...

I got into more serious trouble in grade nine. I didn’t like school and skipped it all the time. This one day we skipped classes the whole day then came back into the school at the end of the day to catch the school bus home. We were walking through the halls, goofing around, and we walked right into the principal. We were high. The principal searched us, found our joints and rolling papers...

That principal never liked me. The police didn’t charge us but the principal suspended us — two months! — for just that little bit of drugs. After the suspension was over, he said he didn’t want us back in his school.

My parents split up when I was young. It was not a good break-up. Lots of yelling and fighting. It was bad. I went with Mom but she had a breakdown so I couldn’t stay with her. Dad couldn’t take me. He was breaking too under the strain of everything. He didn’t know how to care for me, or maybe he knew how but knew that he couldn’t, or maybe he just didn’t want to...

When I was sixteen I got charged with B and E. I got put on probation for a year and I had to spend a week in Open Custody. Open Custody was not really open because I couldn’t leave. They set the bedtime, and it was very early. You couldn’t use knives. They had very specific rules and if you broke one of those rules they wouldn’t let you play video games or go outside.

I did a lot more B and E’s than the one I was charged with. They were all about getting me money for weed. Me and my friends would walk around town looking for easy places to get into, going into cars that weren’t locked or shops or houses or whatever. I never thought I would get caught...

I’ve been in five foster homes. My foster mom, the one I have now, says I can stay with her even after I turn eighteen. I have a job now at a place that replaces car windshields and I like doing that. Maybe they’ll keep me on.

I have this thing in my head that tells me that as soon as something good happens, it’s all going to get ruined. It’s hard not to give up on myself. I feel like there’s something deep inside me that won’t let me do anything good...

This excerpt is taken from My Story Starts Here: Voices of Young Offenders, copyright © 2019 written by Deborah Ellis. Reproduced with permission from Groundwood Books, Toronto.

Deborah Ellis has won the Governor General’s Award, the Ruth Schwartz Award, the University of California’s Middle East Book Award, Sweden’s Peter Pan Prize, the Jane Addams Children’s Book Award, and the Vicky Metcalf Award for a Body of Work. She is a member of the Order of Canada and has been named to the Order of Ontario.She is best known for her Breadwinner Trilogy, set in Afghanistan and Pakistan — a series that has been published in twenty-five languages, with $2 million in royalties donated to Canadian Women for Women in Afghanistan and Street Kids International.

Jamar found refuge in a gang after leaving an abusive home where his mother stole from him. Fred was arrested for assault with a weapon, public intoxication and attacking his mother while on drugs. Jeremy first went to court at age fourteen (“Court gives you the feeling that you can never make up for what you did, that you’re just bad forever”) but now wears a Native Rights hat to remind him of his strong Métis heritage. Kate, charged with petty theft and assault, finally found a counselor who treated her like a person for the first time.

Many readers will recognize themselves, or someone they know, somewhere in these stories. Being lucky or unlucky after an incident of shoplifting, or the drug search at school, or hanging out with the wrong kids at the wrong time. The encounter with a mean cop, or a good one, that can change the trajectory of a kid’s life. Couch-surfing, or being shunted from one foster home to another. The effect of youth crime on families (the book includes the points of view of family members as well as “voices of experience” — adults looking back at their own experiences as young offenders).

The kids in this book represent a range of socioeconomic backgrounds, genders, sexual orientations and ethnicities. Every story is different, but there are common threads — loss of parenting, dislocation, poverty, truancy, addiction, discrimination.

Most of all, this book leaves readers asking the most pressing questions of all. Does it make sense to put kids in jail? Can’t we do better? Have we forgotten that we were once teens ourselves, feeling powerless to change our lives, confused about who we were and what we wanted, and quick to make a dumb move without a thought for the consequences?

Toronto Lit Up: I Am a Polar Bear and I Am a Beaver