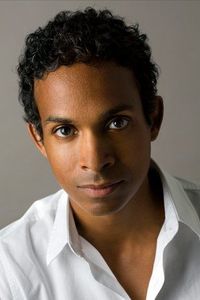 It has become the biggest night in Canada literary prizes, with a staggering seven prizes presented, representing more than $260,000 in award money for Canadian writers in a single evening: the Writers' Trust Awards features three work-specific prizes (including the Journey Prize for a previously published short story, which is one of the most influential awards for an emerging writer in Canada) and four body of work awards.

The Glenn Gould Studio at CBC was so packed with supporters last night that the event spilled into the lobby, with screens set up for guests to watch the proceedings. The seven winners were each greeted with thunderous applause. The full list is available below, and more information at the Writers' Trust website.

Hosted by Nick Mount, author of Arrival: The Story of CanLit (House of Anansi Press), the evening brought together a CanLit community that has recently begun to have long-overdue conversations about access and representation in the industry (for more on that, check out our interview with Wolsak & Wynn's new editorial board and columnist Alicia Elliott's no-holds-barred examination of the state of CanLit).

We at Open Book offer our heartfelt congratulations to all the winners, nominees, and their publishers. And for you non-fiction fans, be sure to check out our recent interview with the Weston Prize finalists.