Here's some self-gossip for you: A few years ago, in the months leading up to the release date of my book, I was pleased to take part in Naked Heart, Toronto’s LGBTQ literary festival, and to read as part of a session featuring queer speculative fiction writers (speculative fiction being the umbrella term for science fiction, fantasy, horror, weird fiction and associated subgenres). Shortly after my reading, I was cruised on one of the gay hookup apps by another writer, a poet/playwright/novelist/etc. from out of town who was also reading at Naked Heart in another program. It was a busy weekend quite apart from the festival and I wasn’t able to get to his reading, but I did agree to meet up with him for lunch the following Monday shortly before he had to head to the airport. 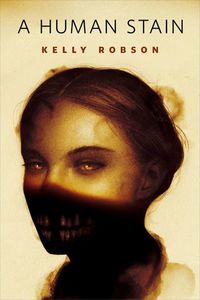 Now, I am not telling this story to be bitchy. (All right, maybe I am telling it to be bitchy, but only a little.) He was and is a very nice man, and we had a very pleasant lunch on Queen West, not far from my workplace. We talked about the editing and publishing process, and he was happy to hear that I was having a positive experience. He talked a bit about the market for queer fiction and poetry, the challenge of reaching your audience, and we lamented the decline of independent bookstores (and queer bookstores in particular) and how lucky we were to have Glad Day Bookshop in Toronto and a scattering of other bookstores across the U.S. and around the world.

After lunch was over I was walking him back towards his hotel when he asked me what kind of book I had written and when it would be out. I told him it was a horror novel that reimagined and re-envisioned the characters and narratives of Eastern European fairytale and folklore. I needn’t have finished the sentence, he stopped listening as soon as he heard the word ‘horror’. “Ah well,” he said. “Let me know if you ever write something literary.”

You know, I'm not sure why, but we never did hook up! And, needless to say, I felt quite vindicated when less than a year later, a funny thing happened on my way to the office.

Genre is often seen as sharply separate from literary fiction, and the most disreputable genres—horror and romance—as even farther removed. Like, literally on the other side of the bookstore. We have our own publishing houses and imprints, our own cover artists, our own festivals and conventions and awards. Our work is generally looked down upon, is perceived as unimaginative and formulaic, disposable, escapist, a commercial product instead of as a creative expression produced for an undiscerning and perhaps uneducated consumer who likely reads nothing else. In other words: crap. To be fair, a lot of genre writing is crap. I’m not about to defend something called Zombie Vampire Werewolf in a Haunted House (though I’d probably read it—it sounds like fun). But, truth be told, literary fiction is also a genre—with its own tropes and formulas and its own devotees—and a lot of it is crap as well. From what I've seen, the ratio of good work to bad in literary fiction is not much different from that in any other genre.

There was a gentle push from some people when I was nominated for the Giller to try to get me to describe the book as something else: a metaphorical this, an allegorical that, a modern gothic thingamajig of magic realism. Yeah, well, whatever, it’s horror. And I was gratified that so many news articles and columns about the longlist prominently and unashamedly used the word. It was a breakthrough, and it was celebrated by many of my colleagues who had spent their careers striving to have their work taken seriously as literature, as art.

Undeniably, one of the things that stigmatizes horror as a genre is its effect on the reader. Unlike 'mystery' or 'western' or 'fantasy', horror is at heart about provoking a visceral reaction. It's right there on the label. A lot of readers apparently already lead nervous lives and don't want to read about demonic cults or home invasions or worms that burrow under your skin and reproduce in your brain while you lie alone in the bed in the dark. I personally don't understand those readers, but I'm aware they exist. For some people, horror is a catharsis, for others a thrill-ride. And for readers like me, it validates our anxieties and makes them manageable. Horror is also a wonderfully effective lens through which to look at contemporary social issues. Given what's going on in the world around us, it may be the ideal genre to explore in order to confront our worst fears and surmount them...or embrace them...or maybe forge an uneasy truce with them.

When I started my new book a few months ago, I had a few people ask if—now that I had been a Giller nominee—I was working on something more ‘serious’. And of course my answer was “yes, absolutely, a serious new horror novel.” Cue rolling of eyes. But that’s okay. It’s a genre I love, and that I’ve loved from when I was a child. It’s as complex and nuanced as any other, and it’s arguably the oldest. If you haven’t read any horror—and especially if you haven’t read any recently—here are a few titles I’d like to recommend: Certain Dark Things by Silvia Moreno-Garcia, A Human Stain by Kelly Robson, Wrist by Nathan Niigan Noodin Adler, Through the Woods by Emily Carroll, Nalo Hopkinson's classic collection Skin Folk, Little Heaven by Nick Cutter and, from my CZP housemates—Experimental Film by Gemma Files, Wild Fell by Michael Rowe, Eutopia and Volk by David Nickle and Only the Devil is Here by newcomer Stephen Michell.

In 1872, dinosaur hunters become embroiled in a battle over the discovery of fossils in Northern Ontario as their excavation crews are driven mad by a bizarre and terrifying illness.

Over a hundred years later, Church and his family show signs of the same monstrous affliction. As he begins to unravel his family's dark history, Church must race to protect the secrets buried deep in bones and blood. Set in the fictional town of Sterling and Ghost Lake Reserve, Wrist is Nathan Adler’s debut novel.