It amazes and annoys me that short stories don’t get more respect.

There is a certain face that too many literary agents and publishing people make when you mention short-story collections.

Because there is this pervasive attitude and unquestioning assertion that short stories don’t sell.

Okay, so maybe they don't.

Last December, a short story published in The New Yorker went viral. Yes, people could read it online for free. So there’s that. But still.

“Cat Person” by Kristen Roupenian, about a young woman’s creeping self-doubt that makes her second-guess how she feels about a creepy guy she dates, sparked a massive #MeToo-fuelled Internet debate. Lots and lots of people were talking on the Internet about a short story! Granted, it was timely. But it was also (I thought) smart and compelling and disturbing. Some readers didn’t like it. Fair enough. But they still wanted to discuss it.

This to me is indisputable evidence that a pretty freaking big market exists out there for short stories. So why not tap into it?

With just a little creativity and lots of determination, that appetite for quality short fiction could be increased to an insatiable hunger, and then satisfied with heaps and piles of tasty, yummy stories.

What about targeting the busy parents of young children, for instance? I’ve met so many parents who love to read but say they don’t have time for novels anymore, and then they’re so happy when they discover a great collection of short stories. Except that rarely happens because they’re not seeing ads for short-story collections in parenting magazines or basically anywhere, because short stories don’t sell.

You can see my frustration here. I'm using way too many italics and exclamation marks, but I can't help it!

If only some serious marketing muscle could be devoted to making short-story collections seem like a viable—and pleasurable—alternative to novels, then I think the future would look much brighter for short fiction.

There's too much misinformation out there already, so we'd have to start by correcting that.

A short-story collection is not the poor cousin of a novel. It’s not a warm-up to a novel. It doesn’t want to be a novel. It’s a completely different form, dammit.

Personally, I’m more interested in writing and reading short stories than novels. I get more exhilarated by those tiny, compressed moments simmering with quiet tension that can affect everything, rather than grand, sweeping plot-lines with way too much description. I also feel strongly that short stories should hook us from the beginning and make us want to know what happens next. A suspenseful short story can be just as gripping as a good thriller; it's just not as long. Some readers will say that short stories end too soon. This is a fair comment, but only when the expectations for a short story are the same as those for a novel. We need mainstream media to loudly extol the virtues of short stories, praising them for the conveniently condensed, riveting snapshots of the human experience that they are. Book-club questions at the back of collections could be framed around the strengths inherent to the short-story form, encouraging readers to debate the merits of the narrative itself instead of the way it's structured. Also, please stop this madness of slapping the “novel” label on collections of linked short stories. At best this is subterfuge and at worst it’s false advertising, and neither does the book any good. Instead, proudly tout these delights for what they truly are—and revel in that truth!

Thank goodness for Canada’s fantastic literary journals and independent presses that continue to publish and promote excellent short stories and collections (and the larger publishing houses when they do this as well), and for our wonderful independent bookstores that continue to sell them with gusto, and for the contests and prizes in Canada that celebrate short fiction—including the Journey Prize, sponsored by the Writers’ Trust of Canada and McClelland and Stewart (a beautiful example of big marketing muscles being flexed). And then there's Hingston & Olsen's Short Story Advent Calendar, which is a whole other level of genius.

Without these valiant efforts and labours of love, the fate of Canadian short stories might be even more dire.

A few months ago, I got so fed up over short stories’ short shrift that I made a very lame attempt at starting a short-story-marketing revolution on Twitter with the rousing hashtag #howtosellthem. There aren’t very many tweets because I quickly became discouraged and gave up, but here are two of them:

My friend w/ 4 kids LOVES #shortstories because he can read 1 in 1 sitting & keep it all in his head. #HowToSellThem http://yoss2011.com

Great #ShortStories will chew you up and spit you out in the best way. You will enjoy being chewed! #HowToSellThem http://yoss2011.com

You’ll notice that in both of these examples, I’ve directed the viewing public to the same URL.

That’s because there was a time, way back in 2011, when I used to have more hope.

I had just launched And Also Sharks, Matthew Trafford had just launched his marvellous magic-realistic story collection The Divinity Gene, and Sarah Selecky was fresh off her 2010 Giller nomination for This Cake Is For the Party. Her stellar collection shared that shortlist, by the way, with another superb collection—Alexander MacLeod’s Light Lifting. There were two—two!—story collections up for the Giller Prize that year. That had to be a sign of more good things to come.

Galvanized by that shiny spotlight on short fiction and the promising uptick in short-story interest that followed, and excited to create a repository for all of our late-night ranting and raving about the woefully widespread disregard for short-story collections, Sarah and Matthew and I mind-melded our short-story-loving brains and co-wrote a call to action. Our aim was “to unite fellow writers and readers everywhere in one cause—to bring short fiction the larger audience it deserves.” I remember typing away in a frenzy, all of my hopes and dreams for a wider acceptance of short stories crystallizing into a list of gripes and goals (for instance, our first tenet reads: "We believe in putting an end, once and for all and upon a time, to the publishing industry’s dour and potentially self-fulfilling prophecy that 'Short-story collections don’t sell.' We feel that when people stop perpetuating this gloomy statement, it will cease to be true."), and frantically emailing back and forth with Sarah and Matthew until we got our zealous entreaty just right. Then we wrangled some talented friends to help us design a website and create a logo, and started a Facebook page, and behold! “YOSS” (“Year of the Short Story”) was born.

A flurry of activity followed, with YOSS-inspired articles popping up on (among other esteemed places) Quill and Quire, Joyland, The New Quarterly, Book Madam, Commonwealth Writers, and right here on Open Book. Several writing festivals that year hosted YOSS-themed panels. The three of us were giddy with the possibility that our little manifesto might actually help to enact real change.

Now, seven years later, are we any further ahead?

Desperate for some reassurance, I checked in with Sarah and Matthew and asked them: “What are your thoughts on the state of the short story today in Canada? Do you feel that the situation for short-story writers has noticeably improved or declined at all since we wrote our YOSS manifesto in 2011?”

They both answered my call immediately, because they're awesome.

Here’s what Sarah said: “I think, if it’s possible, that Canadian short stories might be evolving into even darker, weirder creatures than they were before. You can see the DNA coming from Zsuzsi Gartner, via Barbara Gowdy! There’s a new kind of creepy yearning that lurks in the lives of the characters in your collection, Jess (Things Not To Do). I’m also thinking about Sarah Meehan Sirk’s The Dead Husband Project. And when you consider all the exciting new collections that are coming out now—Liz Harmer’s The Amateurs, Seyward Goodhand’s Afterlives (published by Invisible next year), and Paige Cooper’s Zolitude—I would posit that YOSS has entered its post-human stage. Matthew, I think The Divinity Gene was ahead of its time.”

Here’s what Matthew said: “I think the short story in Canada has survived some real challenges since 2011, between the plagiarism scandal with the Journey Prize last year, Nick Mount leaving The Walrus as fiction editor due to an overly censorious aesthetic, and the shuttering of some venerable print journals (Descant comes immediately to mind). That said, there have also been incredible victories: I’m thinking of Giller buzz from Heather O’Neill’s nominated collection Daydreams of Angels, and of course Lynn Coady’s win in 2013 for her collection Hellgoing. On the global stage, we saw Alice Munro finally recognized with the Nobel Prize in Literature, which helps to bolster and promote all Canadian short stories. There’s also been progress in online journals garnering the respect and prominence they deserve: Joyland and The Puritan, in particular, are publishing some of the most exciting new stories in the country.”

Okay, so maybe there’s still hope after all…

Yours in short-story solidarity, Jessica 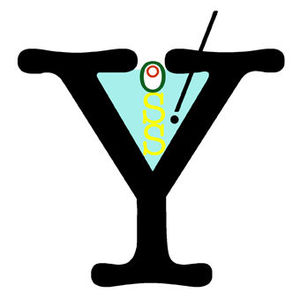