This is the first of my posts as September’s Writer-in-Residence for Open Book, and I’m thrilled to have been given this opportunity to share some of my thoughts on writing and the writing life. I always feel a little excitement at this time of year, not just for the overblown flowers and the cooler evenings but for the shift in focus from play back to work. As we move into September all things old are new again, so with that in mind, my first blog post….

In 2010 I was awarded the Writers’ Trust Dayne Ogilvie Prize for LGBTQ Emerging Writer. I was (obviously) delighted and also, absolutely gobsmacked. I never imagined I could be in the running for an emerging writer prize at the age of forty-eight, as “emerging” and “young” seemed to be synonymous.  In 2010 I also completed an MFA in Creative Writing at the University of Guelph; I had published 3 collections of poetry and before that I’d worked in theatre in Calgary, co-founding and writing plays with Maenad Productions, a small but mighty feminist collaboration. In 2010, although I had been writing for a good number of years, I was, absolutely, an emerging writer.

Embarking on an MFA at age forty-six— aside from being a privilege made possible by the financial support of my benefactor cousin, John Lefebvre— was daunting. I was nervous about being the oldest, or one of the oldest, students in the program. But it was also thrilling to be back in a post-secondary setting and to be putting writing, and thinking about writing, at the centre of my life. What an opportunity it was to be in a fresh place that would allow me to move my writing in a new direction, with a built-in community of writers and mentors.

I was struck upon my return to school with the realization that becoming a beginner in my mid-forties was going to shift the way I thought about expertise going forward in my life.  To quote Buddhist teacher, Jack Kornfield, “The wisdom of uncertainty (…) frees us from the thicket of views and opinions.” Beginner’s mind is the practice of approaching learning, relationships, or work without assumptions. (Easier said than done, of course!) One of the most important takeaways from my midlife MFA was that not knowing, not having certainty, can be a gift. If I could let go of the idea that I should know, I might actually learn a great deal.

I don’t mean to advocate for working without a plan, for me it’s impossible to write anything without having at least a sense of where I want to end up, whether I’m writing a poem, a story, a novel, or an essay. Knowing where I want to go gives me a direction to write toward, but I also want to be able to follow the path that the writing and the research takes me down. I don’t want to get stuck in my views and opinions.

Writing my first novel was one long, sometimes excruciating, experience of beginner’s mind. I flailed within the form and I was surprised by the turns some of characters took. And, maybe most importantly, I spent a long time feeling like I was a terrible writer. I had to sit with some pretty lousy writing on the page and resist going back to improve it before I figured out the novel. Beginner’s mind pretty much sucked. 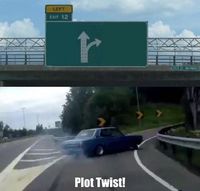 A few years ago, at a reading given by Helen Humphreys, an audience member asked her what she had learned from her last novel that she was able to bring to her current novel. She answered that she’d learned nothing; that each novel was its own puzzle to be solved.  That was an extremely gratifying response for me to hear. Writing, if we are going to continue to create fresh new work, benefits from a beginner’s mindset; we do well to not cling too fiercely to our old views.

And this brings me around to the idea of emerging. To me the state of emerging is much like the state of beginner’s mind. To think of myself as emerging, or re-emerging, allows me the opportunity to continuously learn from teachers of all ages whose experience of the world may be vastly different from mine. I want to find myself in the place again where I feel uncertain, the place where I have to listen, to the text, or to the characters, or to my wider community. I want to chase the summer feeling of diving into a cold lake, swimming below the surface, and bringing my head up out of the water to the surprise of what now surrounds me.

When it comes to creating new work I hope none of us loses the feeling of being an emerging writer.