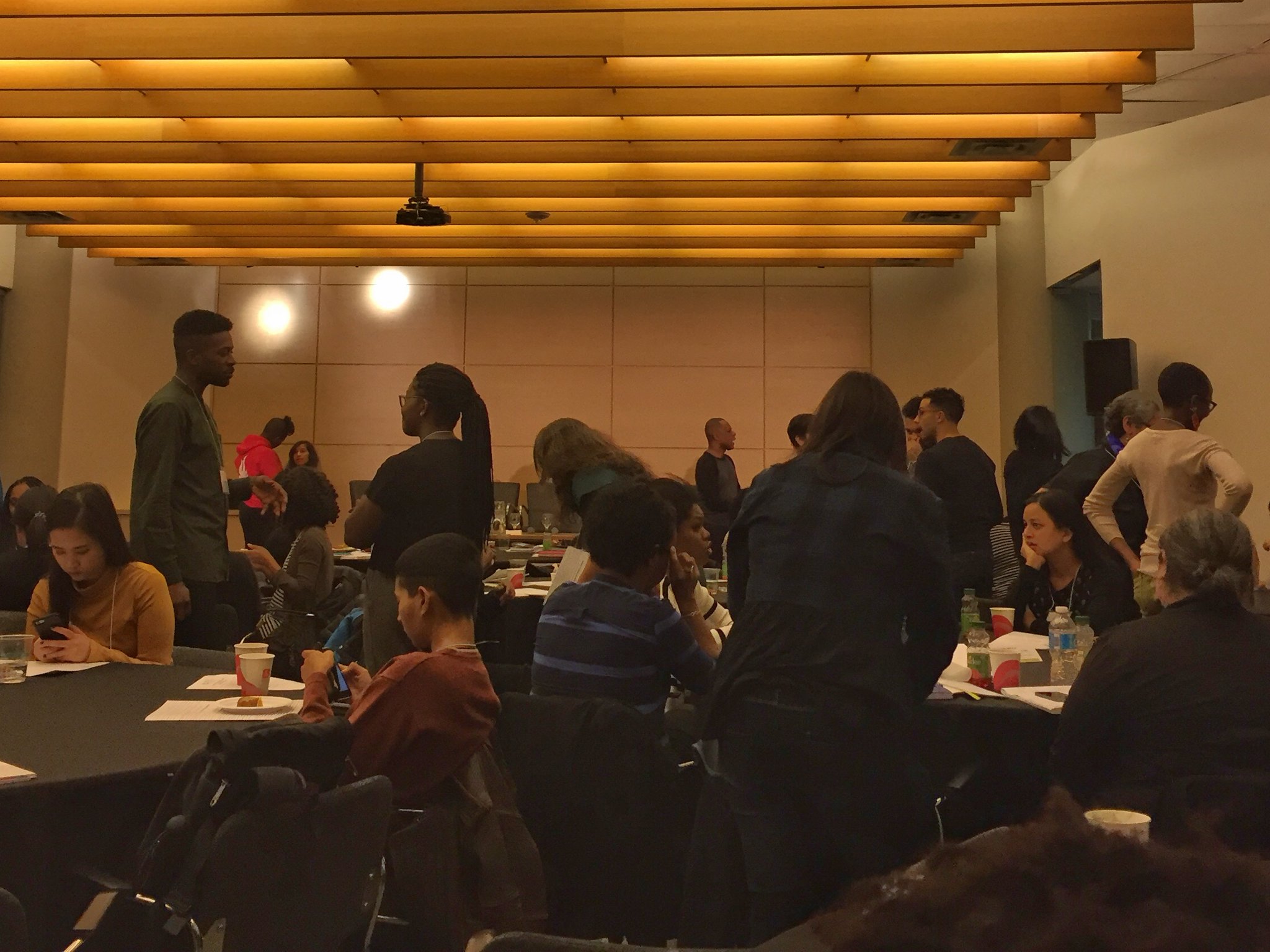 Two months ago, I attended Fuel for Fire, a professional development conference for writers of colour, organized by the Ontario Arts Council. The event provided a venue for discussions about writing and publishing. Publishers and authors who had received grants and sat on juries provided helpful insight. Prominent writers of colour offered thoughtful words of advice.

But, for me, the real impact of Fuel for Fire came weeks later, based on a challenge put forth by #DiverseCanLit maven Léonicka Valcius, who moderated a panel Community – the last panel of the day. During the panel, by show of hands, everyone acknowledged the importance of the event – the value it had already brought to those of us who not only feel discouraged about their writing, but who also struggle with a sense of disconnection from the “CanLit community”. Valcius suggested that one of the reasons the event was so important was because it created a clear vision of community that we needed to duplicate more than once a year.

For many writers, community is critical. For some, it takes the form of a formal writing group that swaps and dissects works in progress. For others, it comes in the form of a group that meets more informally, a group that helps propel your writing moving forward simply by reminding you that you are, despite your doubts, a writer.

I experienced the value of a strong writing community while doing my MFA almost ten years ago. I experienced it again at a writer’s retreat in Saskatchewan a few summers back. But when I finished those programs, there were no permanent structures in place to keep the support going after our formal time together ran out.

What Fuel for Fire taught me, is that the critical and sustainable nature of community is perhaps even more essential for writers from marginalized communities, given the history of exclusion and underrepresentation in publishing, given the persistent loneliness that often grips writers who are writing from unique perspectives, who do not have editors or publicists who can identify with their journey, who are constantly fighting for their voice.

At Fuel for Fire, Léonicka instructed all of us to make a firm appointment with one person who was at the event. We were told to schedule a date right there before we left. And I obeyed. I found a writing friend, someone I had once mentored, someone who I had been meaning to get together with for some time, someone who had become a peer, someone whose opinion I treasured. We scheduled our Fuel for Fire follow up date after the FOLD – an event she planned to attend as well.

At the FOLD, we made eye contact. We started brief conversations, all with the expectation that we would talk more about it at our “date” two weeks later, when I was more mentally and physically available.

And then the TWUC cultural appropriation article came out, and all that calm and rest I had planned to get, all that clear mental space I was looking forward to, got clouded up and muddied with frustration. I no longer felt like meeting up. I was so far behind, and it was getting worse every day. How could I take another day away from work, away from writing, when I had already spent so many days fighting?

I was so tired – not because it impacted me directly but because it demonstrated how much work we have to do, how far marginalized writers still have to go to fix a system that’s broken. And as an activist, that’s a hard realization to take in again and again.

But I had a meeting. A meeting I wanted to cancel because I wanted to be alone. But I didn’t. And I’m glad. Because talking to a peer about all we had been through over those last two months, the highs of Fuel for Fire and FOLD 2017 and the lows of the TWUC-cultural-appropriation-fiasco and the struggles of writing and fundraising made things somehow better. I was not alone.

This is the important work of community.

Oppressors thrive on displacement, on allowing the oppressed to feel less than, powerless, lonely. Community is the most important way to combat that. It reminds us that we are strong. We are not alone. WE are powerful.

So find your people. Make a firm appointment – a date to get together. And keep it. No matter how you feel. No matter what happens.