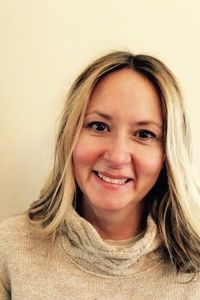 The title of Susan Elmslie's Museum of Kindness (Brick Books) is instantly intriguing - especially when you know that part of the collection is inspired by the traumatic aftermath of the shooting that occurred at Elmslie's workplace, Dawson College.

The poems here, which range beyond the shooting to other complex experiences and situations both domestic and worldly, mine the intersection of kindness and horror, violence and mercy, love and loss, in powerful, restrained lines that feel wise but never heavy-handed.

Poet Laureate of Vancouver Rachel Rose said of the collection: "These poems are so acute, so clear-eyed in their brutal wisdom, that I had to put the book down to rest between poems... [it's] a masterpiece of loss transformed by love into some of the most greathearted, lyrically daring poems I’ve ever had the pleasure of reading."

Today we welcome Susan to Open Book as part of our Entitled series, which examines the process of titling books, how authors choose their titles, and how titles impact a project.

She shares the cheeky opening line of her titular poem, tells us about "the adjective noun of noun"-style titles, and reveals the title that almost was for Museum of Kindness.

My new poetry book’s title is Museum of Kindness. As I say in the opening line of the title poem, “There isn’t one. I Googled.” There are, of course, museums of torture and war all over the world, but there isn’t one brick-and-mortar museum of kindness—though there have been museum events, typically for children, focused on kindness. That may be because kindness is ephemeral: it is perceptible in words and in acts. It circulates post-event as narrative. No doubt, artifacts or “instruments” of kindness would be harder to collect and curate.

But how does this intersect with the poems in this collection? I wrote about two difficult subjects: In one section of the book, “Trigger Warning,” I focus on the 2006 shooting at my workplace, Dawson College, and the emotional fallout from this event. The school shooting is a genre that, unfortunately, many people have come to know the contours of in recent years. Another section of my book contains poems about my family’s experience of raising and living with a child with special needs. In their book, On Kindness, Adam Phillips and Barbara Taylor say, “we are profoundly ambivalent about kindness” because it is so tied to vulnerability, and that “[k]indness is a way of knowing people beyond our understanding of them.” In writing this book, I wanted to create a sort of museum of kindness in my unblinking attention to moments of vulnerability and connection with others.

I’m going to allow myself to be a bit prescriptive here. I think titles are enormously important. A title should not be tossed off. It should be carefully considered, for it can make an otherwise seemingly banal or prosaic poem lift off and take flight. To choose not to title or to choose “untitled” as a title should be a carefully considered (never lazy) move. The most important functions of a title are to frame the work and to resonate with it. A title should pull one in, but it’s also a sort of frame or door that stays open, intriguing the reader enough to reread. The Longman Dictionary of Poetic Terms (edited by Jack Elliott Myers and Michael Simms) has a great thirteen-page essay of an entry on titles in poetry that covers many of the functions and styles of titles. The book is hard to find, but if you can get your hands on one, I’d advise any poet to snap it up. My sense of the most important function of a title is informed by that entry and by titles of works that I love. As a reader of fiction, I have always loved the moment when, reading a text, I come across a direct in-text reference to the work’s title or the significance of the title is suggested in context within the work. I mark it in the margin with an asterisk: *title.

Museum of Kindness is my favourite, and some folks have remarked that they like it, too. (Why does that make me think of an old Irish Spring commercial?) A close second for me is “The gentle cadence of escape,” the title of a short poem from my first collection, I, Nadja, and Other Poems (Brick 2006).

Bronwen Wallace’s The Stubborn Particulars of Grace has always appealed to me. It’s the best example I know of “the adjective noun of noun” type of phrase that Northrop Frye, in his Anatomy of Criticism, said was a favoured syntactical structure in lyric poetry in the twentieth century. An example he constructed is “the broken collarbone of silence,” which I hereby claim as a line for a poem.

The working title was Genre, which later became The Unnameable Genre. The first of those titles sounds more like the title of an academic journal (Duke University Press actually publishes a triannual called Genre: Forms of Discourse and Culture). I had to think about whether potential readers would remember my title. The Unnameable Genre highlights a deep through-line in the book: the process by which we come to recognize a lived genre before it is named. But in the end, I responded to the prodding of my editor Alayna Munce to come up with something less abstract and more evocative.

I’m working on a series called “Realia.” They are poems about the material culture artifacts—clothing, furniture, personal belongings and knick-knacks—that Glenn Gould bequeathed to the Canadian Museum of Civiliztion. I’ve been working on them a long time.

I’m also thinking about a poem containing the phrase “the broken collarbone of silence.”

Susan Elmslie’s first trade collection of poetry, I, Nadja, and Other Poems (Brick, 2006), won the A.M. Klein Poetry Prize and was shortlisted for the McAuslan First Book Prize, the Pat Lowther Award, and a ReLit Award. Her poems have also appeared in several journals and anthologies—including the Best Canadian Poetry in English (2008, 2015)—and were collected in a prize-winning chapbook, When Your Body Takes to Trembling (Cranberry Tree, 1996). She lives in Montreal and teaches English literature and creative writing at Dawson College. Museum of Kindness is her second poetry collection.

Museum of Kindness, Montreal poet Susan Elmslie’s searching second collection of poetry, is a book that bravely examines “genres” familiar and hard to fathom: the school shooting, PTSD, raising a child who has a disability. In poems grounded in the domestic and in workaday life, poems burnished by silence and the weight of the unspoken, poems by turns ironic and sincere, Elmslie asks “What, exactly, is / unthinkable?”

Candid, urgent, celebratory, and wise, this is a book for all of us; in it, we encounter a sober and unflinching gaze that meets us where we really live and does not look away.