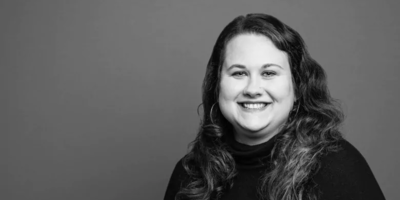 Today CBC Books announced that Jenny Boychuk of Victoria has won the grand prize in the 2019 CBC Nonfiction contest for her piece "Slow Violence", an exploration of family trauma and forgiveness through the lens of her last visit to her dying grandfather.

The story beat out more than 2200 works from across Canada and earned Boychuk the $6,000 prize, courtesy of the Canada Council for the Arts, publication on the CBC Books website, and a two-week residency at the prestigious Banff Centre for Arts and Creativity.

The jury, composed of writers Harold R. Johnson, Elizabeth Renzetti, and Mark Sakamoto, praised "Slow Violence", saying it "draws the reader into a world in which the desire for revenge is lost to the healing power of mercy... This is a beautifully written story of grace. It is a story we all need."

Boychuk is a Victoria-based poet and writer, whose work has appeared in publications across North America including The Malahat Review, The New Quarterly, PRISM international, Room, The Fiddlehead, Grain, and more. Just last year, she won the Copper Nickel Editors' Prize in Poetry. She also holds an MFA from the University of Michigan Helen Zell Writers' Program.

The four runners-up for the CBC Nonfiction Prize, who will each receive $1000 from the Canada Council for the Arts, are Larry Gibbs (Guelph, Ontario) for The Boondock Harvest 1966; Kathleen May de Vries (Huntsville, Ontario.) for The Long Driveway; Tracey McGillivray (Toronto) for To the Uninitiated; and Emily Stillwell (Toronto) for The Birthday Party.