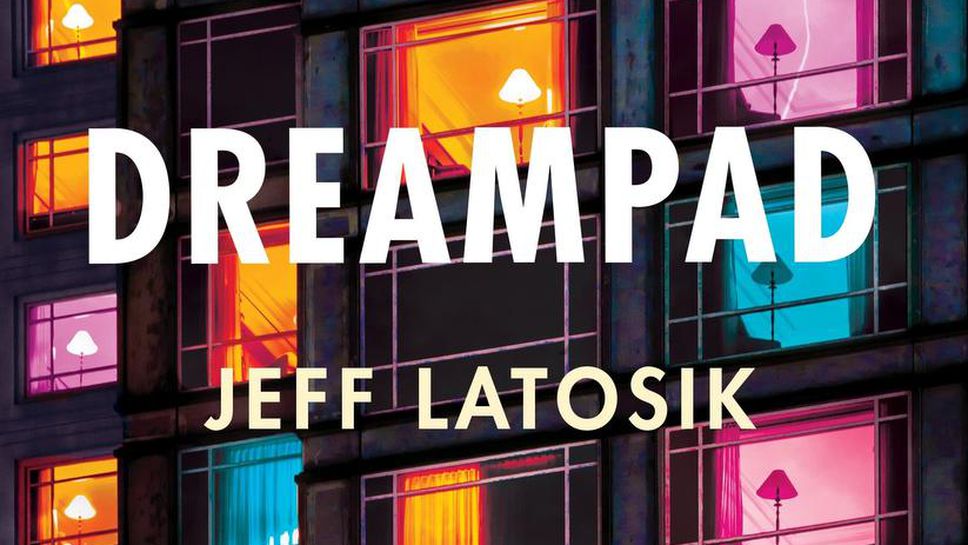 “A poem is an acquaintance with the contradictory complete experience and hopefully affirms human life.”

The tender, humanistic poetry of Jeff Latosik can feel deeply refreshing at this particular moment. It houses an optimism that isn’t interested in naiveté, but rather wiping away the casual cynicism and pessimism that often sets the tone for so much of the discourse that surrounds us. This wiping comes as forgiveness: forgiveness of former selves and of each other; forgiveness not as denial of past or present problems, but forgiveness as acknowledgement that most of us are just trying our best day-to-day, and forgiveness that no one knows what that means. Reading Dreampad, his latest collection, I found myself rooting for team Humanity and for the first time in a while being able to imagine how it was possible for us to not fuck this all up.

Can we start by discussing some of the music references in Dreampad? “Guitarist” opens with the line “I spent years trying to be one”, and concludes with, “Only happy after many years that I never was.” Reading this, I couldn’t help but think on another line in an earlier poem, “Letter to Kyle Bobby Dunn”, “. . . I’m wondering how a life of listening lead to this: drone, ambient, minimal core.” What is the difference between the speakers in these two poems? For me it feels like there’s a passing of time between them.

Thanks for taking the time to formulate questions about my work, James!

If I can impose some sort of authorial intent (always a good idea!), I’d say both speakers in these poems are coming to terms with diminishment and finding that there can be gifts in having less, too. I think you’re bang on to say that the difference is something about time, that time lessens, divides, takes away – we can be squeamish about this aspect of living, but if viewed from a certain angle we can be thankful for it as well.

The line you mention in Guitarist is preceded by this one: “Oh yes, I wanted to be something.” When I wrote those lines, yes, I was thinking about the dream of becoming a guitarist, a singular musical talent let’s say, but I wanted to have the recollection (hopefully) expand beyond that local domain and approach the idea of just being anything totally independent and singular at all. The poem is gesturing that happiness might exist on the side not of “achieving” this sense of singularity but of letting it go and understanding that we don’t really become our dream-selves and that’s good.

Dreampad is an homage to ambient music, a genre that does not foreground any particular melody, talent, or personality. To me ambient music is like this long, slow flattening out of melody into just noise, a swerving away from the human musical element and towards “things as they are” -- pure sound. It’s the hit song being stretched out beyond recognition, slowed down, the way poems can feel sometimes—a slowing down of conscious experience.  The self, dissolved into the world around it, most importantly the self diminished – but not in a bad way necessarily.

There seems to be a lot of growing, or “adulting,” going on in Dreampad. “Clearance Sales Are Adulthood” being the most obvious, but also poems like “The Home Checklist” and “The 3D Tour,” about home buying. Adulthood can seem like such a relative term in 2018, what lead you to write on the subject and did it change your perspective?

Yes, I think you’re right. There’s an idea of arriving at adulthood present in many of the poems. And, yes, it can feel pretty relative, can’t it?

I guess that’s what I was thinking of. In many ways, the markers of adulthood have remained the same in the long view, but the precariousness of our economy is eroding institutions that would confer adulthood symbolically. These are things like “having a career” or owning a home or having kids. So we’re at this point where adulthood is starting to wrench itself from that, not entirely of course, but a possible space is there. And I’m interested in that space, because it is only going to expand from here on out. What will adulthood become when these old symbolic markers are worn away even more, as they inevitably will be?

I was thinking of home-buying a lot as I wrote Dreampad, and I liked that there was this carry over connotation of “dream home” in the title. Mary Ruefle has this great line about poets wanting to enter the world that everyone else lives in but they can’t. This “world” feels to me as though it’s becoming more and more sequestered off, an idea that is manifested in the Toronto real estate market, for example. The question then becomes, if we don’t get in, where exactly are we?

I guess what I discovered about adulthood was not so that it was more “fiction” than reality--it’s possible to just theoretically or abstractly understand that idea and identify with it pretty easily. So poems can be these engines for rattling that moveable base of reality and reacquainting oneself with unknowing the world again, etc. What I came to understand was just how deeply a very codified sense of adulthood was present in me. As I wrote poems, I found that impulse I talked about (for poems to be engines of taking apart the familiar world) to be very much in concert with a counter-opposing force, which wanted something to hang on to. And I found that poems could carry that tension well.

The other way I noticed the title popping up was in the poems that reflected on childhood, such as the first of the two “Dreampad” poems that bookend the collection. These poems seem to be told by memory’s wistful, unreliable narrator (dream) and take place in the home (pad). What was the difference for you in exploring childhood in the past tense then adulthood in the present?

This is one of those things I didn’t realize I was consciously doing. I started the book with a more personal poem because I wanted to showcase that writing poems came out of my life, and I suppose putting it in the past tense allowed me treat childhood as a kind of origin site. I’ve been writing poems for a while now, and I do find that they have uses for me, personally. I want to highlight that aspect of writing if only just to keep it in check and to understand that there is this personal dimension to writing and being honest about that can add a layer to the work.

There was definitely an issue with time going on as I wrote these poems. In the world I describe in Dreampad, it’s very hard to know what exactly to believe. And this is mainly a function of technology, but also ties to the unstable nature of reality in general and it also has ties to personal insecurity resulting from these factors and others.

What I might have expected in this kind of world is a further disorientation of time, space, and self. But there is also a license within it to just give in to who you are. This was the energy I was channeling in the book. You never open the floodgates of possibility so wide that you disappear – and facing uncertainty can be a way to see who you are more clearly. So as I time travel around, there’s this paradoxical further clarifying of where I might go. So I structured the book to move from uncertainty into something else... not sure I want to put that into a sound bite. But it's a place I think of being more okay with uncertainty and the importance of being good and decent within that.

I suppose the difference in the presentation of childhood and adulthood is gesturing towards this idea.

I actually felt that comfortability in uncertainty as I read Dreampad. And I kept thinking back to a quote from another interview you did with Steven W. Beattie for Quill and Quire: “I think if you’re too cynical about technology, you’re ultimately cynical about humans. I don’t really want to be cynical about humans.” The state of technology can make the future seem very uncertain at this particular moment, but is that a new thing? And do you feel that cynicism, about technology or otherwise, is intrinsically linked to misanthropy?

I’ll start by saying my own view of technology and human nature can drift towards the cynical. I’ve had to work to find ways out of that slow creep that can add up in small increments over time. I’ve learned that brains are made to skew negatively, and that this quality of human nature is part of our evolutionary history.

I don’t want to fall into the trap of making inflated claims about poetry, so I’ll just say a lot of art can allow us to heal/resist becoming too one-sided about things by holding contradictory and opposing forces up together in a kind of concert. Humans experience the world within a blend of often paradoxical forces and so complete human experience contains that feature. That’s the space as it exists, for me, for poetry.

When I had to start thinking about what the book was about I noticed a lot of poems did have technology in them, and some of the poems did skew towards the dystopian side of things, but I also found that there were some that were just playing with the possibility latent in technology--and some even seemed to be alright with the drastic redefinition of self at the core of technological progression. There didn’t really need to be an answer there, or a final take. Who knows where it’s all really going anyways. I also didn’t have to have a particular theory I was trying to develop; I could intuit my way around the topical landscape and work with what arose.

We live in a technocracy, so we need to be critical about technology and the way in which corporate residue exists on so much of our media and consumption of information. But there’s a space for understanding how that picture of technology is not complete, and I think a poem is a good place to hold those two truths -- or multiple truths -- up together because poems can allow for that.

Getting back to your original question, I think there’s a danger to miss out on a full range of human experience by thinking too negatively about the world – be that technology or other cases. So a poem is an acquaintance with the contradictory complete experience and hopefully affirms human life.