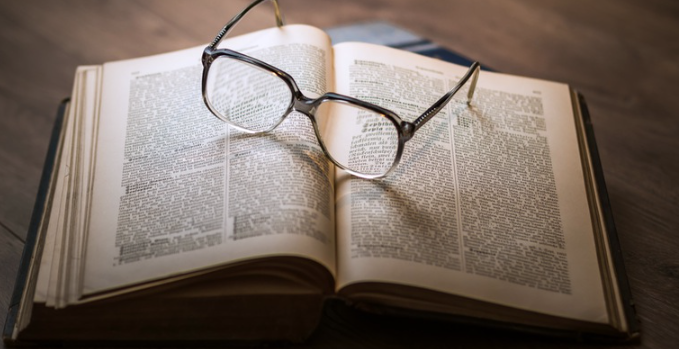 Most people won’t read most books. It seems like a truism, but it’s an important fact to keep in mind if you’re thinking of reviewing a book. Whether it’s a brief write-up in an industry magazine like Quill & Quire or a digressive essay in the London Review of Books, for the vast majority of people who read a book review, even a laudatory one, that review will be the extent of their exposure to the book. In fact, reviews are just as useful for deciding what not to read when there is so little time, with the added benefit of gaining a passable familiarity with the title, which is a why a subscription to a respected literary review is essential to insinuating your way into high-society circles (“I simply devoured Lord Black’s strategic history of the United States. Although he can be rather pedantic, don’t you find?”).

Anyone who’s ever attended a good art history lecture can attest to the singular gratification of watching a thoughtful instructor pull apart the layered perspectives in Las Meninas. Similarly, an incisive and stylish review is an engagement in its own right. You may take on a review assignment because you enjoy it and want to earn a little (very little) money, or propose a review of a book to a publication because you feel uniquely suited to evaluate that title. Either way, with very real stakeholders at both ends, and your credibility hanging in the balance, the task should not be taken lightly.

I’ve been writing reviews for years, but it wasn’t until I started working as a magazine editor that I realized how many would-be reviewers have no concern for conflicts of interest. (Building off the Dictionary.com definition, I would describe a conflict of interest in this context as a circumstance in which one of your interests, such as the desire to do right by your friend, can only be advanced at the expense of another, such as the desire to produce an unbiased review.) To a degree this is understandable: many reviewers are self-taught, and not the product of, say, journalism schools, where such ethical considerations might be on the curriculum, while others are just starting out and haven’t yet received editorial guidelines outlining potential conflicts of interest.

Too often, however, I encounter pitches (i.e. proposals for a review) that explicitly proceed from the premise that the purpose of the review is to promote their friend’s book. I’ve received pitches where the reviewer touts their personal relationship with the author of the book as evidence of their suitability for the review assignment. I’ve received pitches where the author of the book was CC’d in the email. Someone even submitted an unsolicited piece where they casually mentioned as part of the review that it was undertaken as a personal favour to the author of the book. This is unprofessional. And as an editor it raises red flags for me in terms of their credibility as a reviewer.

If you want to use your analytical skills to promote your friend’s book, then make your unique perspective on the subject part of the piece and write a personal essay for a literary or personal blog.

There are situations where actual or perceived conflicts of interest are unavoidable. In the somewhat insular world of Canadian poetry, for instance, the reviewers most equipped to review a certain collection are often poets themselves. It’s possible, if not likely, that they know the book’s author, editor or publisher, or they may have had a collection published by the same press. Similar problems arise around many specialized or niche books which nevertheless deserve competent critical consideration. If I need to find a reviewer for an academic monograph about a rare species of fungus, for instance, I may reasonably expect that the most suitable reviewers have crossed paths with the author.

In those instances where they are unavoidable, the reviewer should disclose any potential conflicts as such to the editor, who will then decide whether or not the conflicts are serious enough to warrant disclosure in the review. Disclosure doesn’t mitigate the reviewer’s conflicting interests, but by making such complications known at the outset, it eliminates the possibility of deception. As an editor and a reader, I trust reviewers who demonstrate a commitment to transparency.

Praising a book out of obligation shows a lack of respect for both the reader, who wants an honest assessment, and the author of the book, who is presumably mature enough to deal with an honest assessment. Lay your cards on the table and leave the promotion to the publicists. As a reviewer, your primary obligation is to engage with the book on its terms and thereby enlighten (and dare I say entertain) your reader.