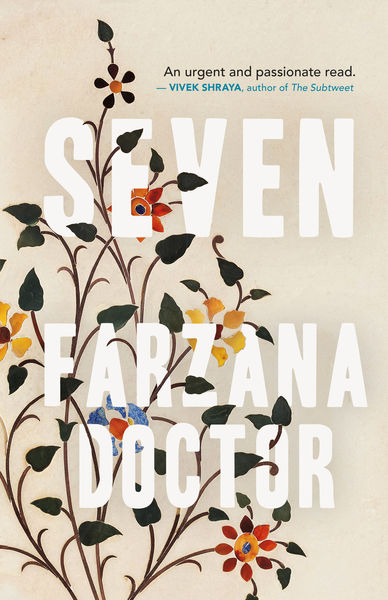 “As I slip into slumber, listening to my girl breathing beside me, a sensation of well being settles over my skin like a silk sheet.”

The closer we got to September, the less I was able to sleep.

Most nights I’d stir just before three AM, and then spend the next handful of hours totally wide awake. My mind would cycle through a long list of pressing concerns while the rest of my family slept, the buzzing anxiety spurred on by a daily churn of toxic news my phone inevitably delivered.

I’ve since learned I’m not alone in this kind of pandemic-related end of summer sleeplessness, especially among parents sending their kids back to school or daycare in September. There was and still is so much uncertainty, and little more to be done about it than worry. And when you’re with kids all day, there’s no real time to actively do that worrying other than deep in the middle of the night.

My daughter has never been a good sleeper, so it felt like a not-so-hilarious joke that she finally started sleeping through the night at the same time I completely lost my ability to do so. In July, and then in August, and then into early September it wasn’t uncommon to find me upright in bed before sunrise, aimlessly scrolling though the grim news on my phone, or preferably reading a book for distraction. (Most recently, Farzana Doctor’s latest novel, Seven.)

Waiting to hear my daughter stir in the next room, waiting for a reason to start the day, waiting for a sense of purpose beyond that relentless feeling of doom the change in seasons seemed to bring.

On particularly bad nights (or rather, early mornings) I’d Google the same handful of questions over and over again, looking for answers that never came. “Will there be a second wave?” “Should I send my toddler back to daycare?” “When will there be a vaccine?” Then I’d sleepily cycle though the same set of stats, look over the same charts, consider the same maze of rising and falling numbers. I’d try to summon a person or thing to blame, stoking the fire of my rage over what had been taken from us, mostly because it was easier to process than the sadness over what had been lost.

About whether or not she would be safe.

“I am not interested in self-destruction or challenges or obstacles. I am in India, on a long-awaited work break with my family. I want to sleep, to dream pleasant things, to vacation.

And yet I can’t shake the nightmare.”

For as long as she can remember, Sharifa, Seven’s protagonist, has had difficulty sleeping. Currently suffering from a bad case of both insomnia and burnout, the New York City teacher has made the measured decision to take a much-needed year of unpaid leave, travelling with her small, close-knit family to India to visit relatives, to relax and recoup, and to clear a sleep debt that she refers to as “that quicksand pit of accumulated time.”

Knowing she is a person who prefers to be busy, Shari also has plans to submerge herself in an ambitious yet enjoyable personal research project—delving into the life of her great-great-grandfather Abdoolally Rangwala, a well-respected business leader and philanthropist, and unearthing the mysterious history of his four wives.

“I know the upcoming trip to India will be complicated, as traveling to the ‘homeland’ always has been,” Shari thinks. “I’ll breath it in and cough it out. I’ll feel grounded just in time to come home and be disoriented.”

When Shari eventually arrives with her loving husband, Murtuza, and their charming seven-year-old daughter, Zee, everything feels rife with both potential and uncertainty, as “the year stretches ahead like a flat and deserted highway.” The novel unfolds and we are given increasing insight into Shari’s complicated history—her fraught yet deeply loving relationship with Murtuza, the loyalties and frictions of her extended family and community, and her disconnection from herself, her body, and her sexuality.

Not long after her arrival, Shari is reluctantly pulled into the activism that surrounds the banning of khatna, the act of female genital mutilation/cutting practiced in the small Dawoodi Bohra community she is a part of. What was meant to be a recharging trip to recenter herself soon clashes not only with current debate, but with the increasing unrest within her family. Shari finds herself unavoidably involved, and to a degree she hadn’t in any way anticipated.

“I had a plan to pay back my sleep debt, but it hasn’t worked out so well,” she reflects.

Shari’s trip to India, and all her best laid plans, eventually deliver a difficult truth; in taking a break from life we are often forced to more closely examine it, to truly look at ourselves and the things we have so long wanted to—or had to—ignore. 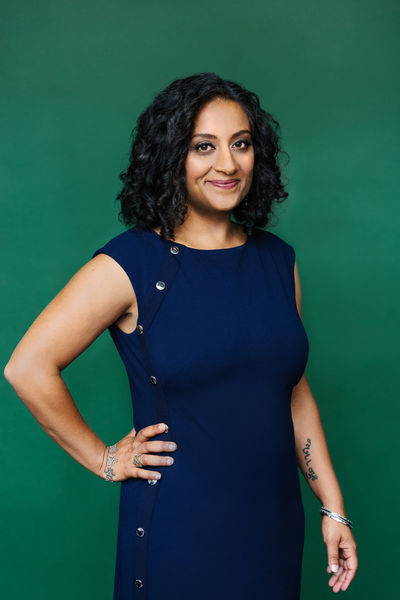 Ultimately the momentum of Shari’s increasing knowledge of khatna brings with it a disturbing revelation. Supported by fuzzy childhood memories of a painful moment long ago—a moment she seems to have deliberately forgotten—she comes to understand the people she loves, the people she has long been loyal to, have betrayed her.

“Khatna is…a grave betrayal of trust. That’s the basis of trauma,” Murtuza explains in the wake of Shari’s tragic realization. “You and your mother trusted your aunt and Nani to do the best for you, and then instead they did something harmful, something that shattered your trust.”

As Shari begins to consider the idea that khatna happened to her when she herself was only seven years old, and that it could be the source of so many of the problems in her adult life, she wrestles with waves of both acceptance and denial. The “brokenness" she has so long blamed on herself now has a new—and in many ways much more painful—explanation.

The betrayals of family and the stifling of women’s sexuality are both central to Seven, but perhaps the most vital theme is the fierce connection—both for good and for ill—between women, particularly between mothers and daughters. Shari and Zee’s relationship is indeed the strong beating heart of this novel, while Shari’s deep love for her daughter and fierce impulse towards protection form the most compelling thread throughout.

A cut made thirty-three years ago changed the course of Shari’s life in myriad ways. In depicting her wrestling with this truth, and how it effects her relationship with her child, Doctor sensitively asserts that “khatna warns girls that no place is safe,” and that the emotional, physical, and sexual trauma endures long after “one terrible day.”

“I want to say don’t trust anyone, don’t even leave my sight,” Shari thinks when she considers the now even more pressing safety of her daughter. “But I can’t say that.”

It often seems like one of the most difficult lessons parenting brings is the knowledge that, despite all of our best efforts, we simply can’t protect our children from everything that will come their way. Sometimes that means watching them endure minor slights—skinned knees, bad dreams, and first heartbreaks. In darker times, it is much deeper betrayals and much broader tragedies, things that will keep us up at night with helpless rage and aimless worry.

In Seven, Shari comes to learn of this truth in the most crushing of ways, and yet somehow manages to transcend it. Ultimately the fierce love she has for her child, and herself, is stronger than the deep trauma she’s been dealt. Farzana Doctor has skillfully used fiction to turn a spotlight on a very real practice of gender violence, making the necessity of keeping children safe from harm a huge part of the novel’s impact.

Seven is a brave and thoughtful book about recovering from unearthed trauma, and the near impossible process of taking control to regain a feeling of safety. It celebrates the empowerment necessary to undo the slights of the past, and the vital work needed to prevent that harm from coming to others in the future. But more than all of that, this is a book about the fierce love between a mother and daughter, and how the protection of that love can overcome so much harm.

While the anxiety of keeping children safe may keep so many of us sleepless, we can find ways to fight to make the world safer for them, and offer them a place to heal if that hurt may come.