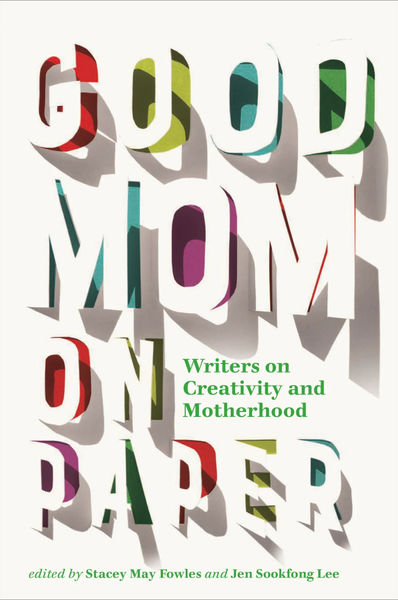 “Children require their parents to search for small moments of peace or grace or dignity. Maybe we can treat creativity the same way: creating the one true thing within a project that is otherwise just a pile of ephemera and junk.”

Two years ago, author and editor Jen Sookfong Lee and I came together to start work on a project about creativity and motherhood. Via a call for submissions, we invited mothers to share the triumphs and challenges inherent to pursuing a creative life, and detail what it means to nurture both the creative impulse and the children in their lives. The response was overwhelming, the contributions incredible, and now the finished collection—Good Mom on Paper: Writers on Creativity and Motherhood—is finally making its way into the world. (Just in time for Mother’s Day, of course.)

And so, this month’s Book Therapy column is a little different. I spent the last few weeks chatting with my esteemed co-editor about, among other things, that fraught and fantastic relationship between creativity and motherhood, the process of saying goodbye to perfection, and the benefits of a house full of crumbs. You can read the conversation below, and find Good Mom on Paper (with contributions from Rachel Giese, Jael Richardson, Heather O’Neill, the late Lee Maracle, and many, many more) in bookstores May 3rd.

I do love that we're starting this chat on a morning that my daughter suddenly decided she no longer wants to go to preschool. While I was trying to console and convince her, I was also thinking about all the deadlines I needed to hit and how it was getting later and later and later. There are so many invisible realities, and I feel like this is just a small example of why we wanted to put together a collection like Good Mom on Paper—to illuminate what it means to care for children and also care about our own creativity, and ultimately ourselves. Sometimes that is a huge and hard existential thing to grapple with, and sometimes it's as mundane as promising a child carrot cake later so you can convince them to go to childcare right now.

Some days, like today, I woke up without any real idea of how I was going to get through the day. Where is the energy for creativity when you have to make breakfast, pack lunch, have a shower, get your kid to school, and walk the dog, all before 10am? It always makes me laugh when people say that they sit down and sometimes can’t write, that they have writer’s block. I usually think in response, “I could write, if only I could just SIT DOWN.” This isn’t to say that being a mother is virtuous, or that what we do is miraculous, it’s only that I feel so much wistfulness for the time in my life when writer’s block was even possible. Creativity is only possible when we have time and feel bored. I haven’t felt that in many, many years. Maybe that saying needs a recast. Maybe creativity can bloom in cracks and gaps of time instead. Yes, why don’t we go with that? 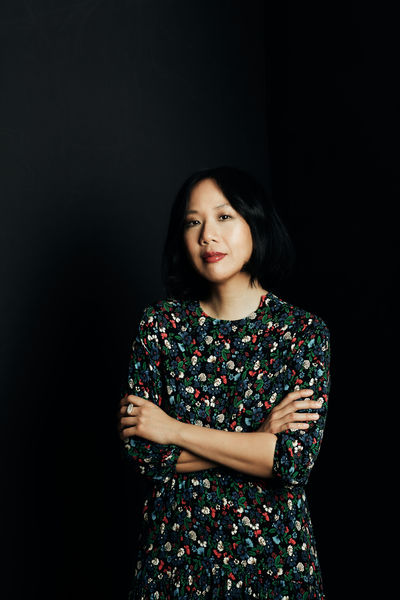 I remember there was a moment during the pandemic when my daughter was home for some some COVID-related reason during a workday for the millionth time—because she needed a PCR test, or we were waiting on the results of a PCR test, or another closure made childcare inaccessible—and I had a rare carefully orchestrated moment to write unencumbered. I also had this overwhelming feeling of panic, as if I had to get so much out in such a short period of time, that I had no idea how I was going to manage it. And then I started to panic because I was wasting my time panicking.

I think one thing I've had to learn to let go of creatively is the luxury of perfection? I've actually become amazed at how productive I can be if I don't hang on to the notion that things need to be at their absolute best all of the time. I mean, obsessing over making something perfect can often be an enemy of creativity in general—maybe children very generously make the perfect impossible?

When I was much younger, sometime in my twenties, I had this epiphany that most writing that came out of MFA programs read the same way, a kind of level of polish that was the result of a group of people providing feedback. I never liked it, as a reader, because I like messy writing. I don’t want the books I love to be shinier and prettier than the mess of my life.

This is how I feel about perfection in creativity now. If I had the focused time, maybe I could write stories that glimmered like jewel boxes, but then what good would that be when everything in my house is covered in crumbs and dog drool? The grubby reality can turn into a creativity that allows the for misshapen lumps and awkward silences, the kind of creativity that surprises you, challenges you, and offers a freedom that doesn’t exist when perfection is the goal.

I could never have written The Conjoined or The Shadow List without my child. Those books are weird and circular, with loose ends. Kind of like a day with a small child, or a day with a surly teen who is wrestling with their emotions. Children require their parents to search for small moments of peace or grace or dignity. Maybe we can treat creativity the same way: creating the one true thing within a project that is otherwise just a pile of ephemera and junk. 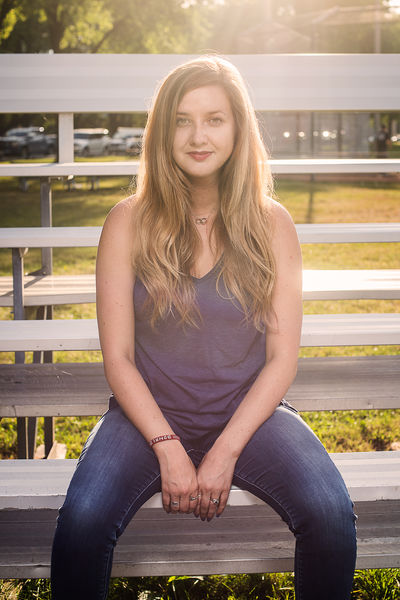 It's funny that children seem to simultaneously necessitate that we be more organized and but also more accepting of the messiness of life?

I had the experience, after my daughter was born, of being submerged in a complete fog, where the very idea of writing seemed impossible, and I was terrified it would never happen again, that I would never get back to it. I felt like I was being left behind and that I was also leaving myself behind, a sort of groping for what came before and always coming up empty?

And then one day the fog just lifted—in fact I think I actually texted you when it lifted and you very kindly said something along the lines of "I told you so." Suddenly I was productive in brand new ways, satisfied with smaller daily bursts rather than big marathons of productivity, and writing things that felt genuine to who I was and where I was, rather than me trying to desperately recapture what came before.

I absolutely know that becoming a mother made writing so much harder from a logistical standpoint, but I also know it made my writing better—less self-conscious, more thoughtful, and nuanced, and open-hearted. It made me take "writing culture" and all the noise around the actual work far less seriously, which has actually been a wonderful thing?

There's a section of Alison Pick's essay in Good Mom on Paper that I find myself going back to over and over again; "...becoming a mother lent my writing an urgency it didn’t have before...paradoxically, having a child takes the pressure off art in a way that is healthy and helpful.”

I think artists can be very into their own creativity, perhaps too much so. We can start and end each day thinking that books and writing are everything, but children remind us that they are, in fact, not all that important. This is, I think, the biggest gift motherhood has brought to me. Before I was so worried about my writing career that the anxiety became its own little hamster wheel. I worried, then I over prepared, which led to more worry, and was the book or event or interview any better for all of that? Most definitely not.

Imagine being a creative mother and being resistant to change. It’s not possible! We, by necessity, have learned to let go, to find space wherever we can, to roll with the ever constant changes our children bring us. This too has been one of the greatest gifts—the ability to weather change, to even welcome it sometimes.

Having said that, my house smells like pre-teen feet. Maybe I should write about that?

Good Mom on Paper: Writers on Creativity and Motherhood

The experience of motherhood is monumental, yet rarely discussed in connection with literary or creative life. How do we navigate the twin devotions of love and art? How does motherhood disrupt the creative process? How does it enhance it?

Good Mom on Paper is a collection of twenty essays that goes beyond the clichés to explore the fraught, beautiful, and complicated relationship between motherhood and creativity. These texts disclose the often-invisible challenges of a literary life with little ones: the manuscript written with a baby sleeping in a carrier, missing a book launch for a bedtime, crafting a promotional tour around child care. But they also celebrate the systems that nurture writers who are mothers; the successes; the intricate, interconnected joys of these roles.

Honest and intimate, critical and hopeful, this collection offers solace and joy to creative mothers and asks how we can better support their work. Mothers have long been telling each other these vital stories in private. Good Mom on Paper makes them available to everyone who needs them.

A portion of each sale will be donated to the Mothers Matter Centre: a not-for-profit organization dedicated to empowering isolated, at-risk mothers.

Spring books preview: 40 books to help you shake the winter blahs —The Globe and Mail

Stacey May Fowles is an award-winning journalist, essayist, and author of four books. Her bylines include the Globe and Mail, The National Post, Reader’s Digest, Elle Canada, Toronto Life, The Walrus, BuzzFeed, Vice, Hazlitt, Quill and Quire, and others. Her most recent book, Baseball Life Advice, was published in spring 2017, was a national bestseller, and was selected by the Globe and Mail and Maisonneuve as a best book of the year. A former columnist at the Globe and Mail, she currently writes the Book Therapy column for Open Book Ontario. Fowles lives in Toronto with her husband and daughter, where she is working on a children’s book and her fourth novel.