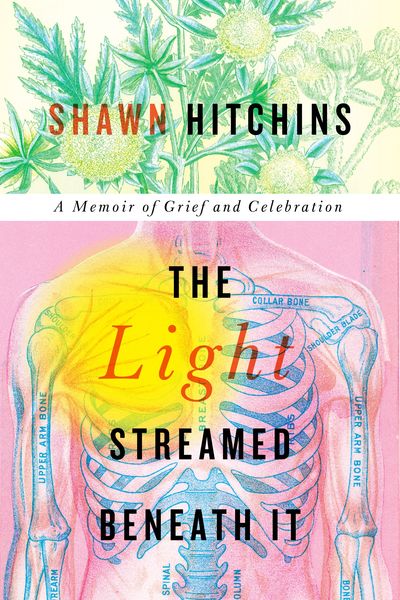 “I soon learned that therapy is not like slowly cleaning out a closet; it is not a process of quickly sorting and pitching everything over the course of a rainy afternoon…It is a week-by-week process of deciding what to keep, what to discard, what to repair, what has value, what once worked and what no longer does. It’s about sitting with the chaos and allowing things to be unsightly. Therapy, for me, was about ripping off the hinges to the closet door and exposing the mess.”

—Shawn Hitchins, The Light Streamed Beneath It

I saw something online recently—likely in the form of an Instagram square or a tweet—that suggested that the pain of losing someone you love doesn’t actually shrink as the days go by. The image depicting this idea was that of a marble in a small jar, and while the marble stayed the same size, recovery was represented by the jar getting bigger and bigger over time—lots and lots of time.

After some light Googling I found out this oft-shared image originated as a theory from Lois Tonkin, a grief counsellor working in the 1990’s who came up with it after speaking to a woman about the death of her child. While the most commonly discussed grief framework suggested that famous five step process, Tonkin’s model posited that we “grow around our grief” rather than moving on from it.

“What concerned me was the people I talk to who told me that their grief certainly did not end the way I thought it should,” Tonkin writes in a 1996 article. “(I) would hear these people, whose lives were obviously going on and growing, quietly say that their pain with sometimes just as bad as ever, and had never really gone away.”

Anyone who has ever experienced great loss will know “moving on” is an impossible task, and will likely find Tonkin’s suggestion of another way freeing, if not comforting. Yes, we will hurt as much as we always did, but the promise is that one day that hurt will no longer occupy every corner of our lives. Over time, we can make room for grief to exist along side us, and in turn be able to live again.

In a lot of ways, The Light Streamed Beneath It feels like evidence to prove this theory. 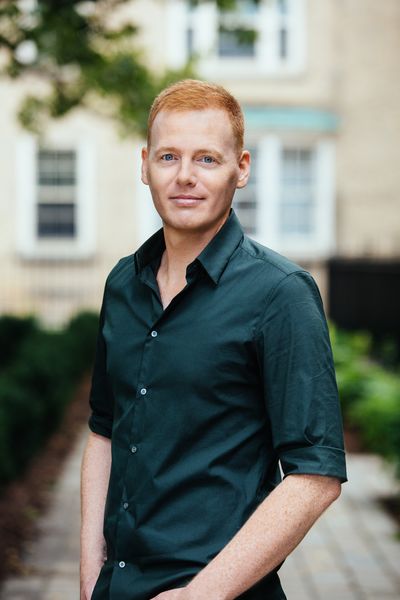 During a span of only five months, award-winning entertainer Shawn Hitchins loses two great loves—Matthew to an unfathomable accident, and David to suicide. The author, best known for his irreverent humour and wry wit, is suddenly asked to grapple not only with the changes that kind of grief necessitates, but the enormous shift in identity the experience provokes.

“My feelings have feelings,” he tells us.

The Light Streamed Beneath It offers a viscerally honest retelling of aftermath, all those feelings upon feelings still fresh in memory, all the pain still very much present in the author’s day-to-day life. Yet despite being a book about death, this memoir vibrates with life, love, and desire, all while beautifully honouring those who are gone, the gifts they have given, and the community they have left behind.

Hitchins’ retelling of joy is just as powerful as his conveyance of pain, as he offers moving, intimate snapshots of his relationships with both men. And despite his deep love for those no longer with him, he doesn’t end up glorifying them beyond reach. Instead he serves their memory by being honest about their humanity and their impact—both positive and negative.

With this book Hitchins gives us a window into the searing pain of loss, and then shows us the slow moving but necessary work of incorporating that loss into his life. As he shares the burden with his community, as he packs up his beloveds belongings, as he unpacks his devastation in a therapist’s office, we understand that yes, healing is a slow and arduous process, but not an impossible one.

Frankly it’s amazing that a book about death can offer so much hope.

Though not all of us have lost a loved one in the past eighteen months, many of us have experienced a rather dramatic upending of what we believed was true—about ourselves, our work, our communities, our values. We are all different now whether we acknowledge it or not, and that kind of world-shattering change can be extremely difficult to carry—even if the end outcome is us becoming better.

In one chapter Hitchins writes of the physical and emotional act of surrender, one so necessary to coping and healing; “To feel my body relax was both to welcome vulnerability, and to acknowledge that for years I had navigated the world efforting, clenched, and clocking harm.” In another he details his concerns about a spiritual awakening with a therapist; “The stories I used to triage and bandage don’t work anymore. It’s like I’ve developed a tolerance to my own narrative.”

Seeing Hitchins’ process his own growing pains, having him generously describe them in his own words, offers a vulnerable reader solace and reassurance, shattering myths about what improvement is really supposed to look like.

“If death comes in threes, the third and final was my own,” he writes. “It was the final goodbye to the parts and surfaces of me that were annihilated, the pulverized spaces my loves attached and occupied were no longer. What looked like devastation from afar felt like intimate and microscopic growth,”

In our hyper-exposed world, one where we’re asked to polish up our lives and share them in Instagram squares and tweets, it can be difficult to embrace and expose the necessary chaos of being human. It can be hard to share the truth that growth can actually be an ugly, unkempt process, that becoming better can mean making monumental mistakes and then learning from them, that moving onward and upward can sometimes mean pulling oneself off the floor.

Thankfully this book—clear-eyed, candid, and deeply moving—doesn’t descend into dismissive cliché. It doesn’t claim that everything happens for a reason, or what doesn’t kill you makes you stronger. It doesn’t transcend to the point of inaccessibility. Instead The Light Streamed Beneath It embraces the raw reality of both love and loss, maintains that there is no linear path to understanding (just like there is not a linear path to Hitchins’ retelling,) and never tries to make sense of the nonsensical nature of tragedy.

What I ultimately took from Hitchins’ account, reading it during a time of an immense, global shift, was this; despite so much loss, I want to live in big, open-hearted, honest ways. I want to be earnest, hopeful, and moved by small delights. I want to see wonder where once I felt worry, and joy where once I experienced cynicism.

With this book, Hitchins offers a vital take what “getting better” can really mean—not forgetting or forgiving hurt, or even moving past it, but instead no longer letting it blot out the sun.

In the words of one of Hitchins’ lost loves, “just let it be messy.”