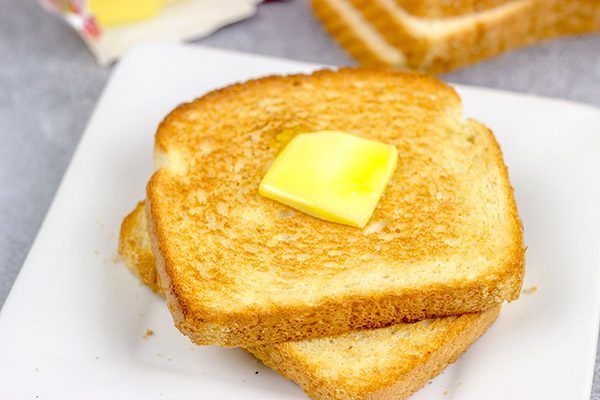 Before the pandemic, I had a one-night stand with a person I met at a rave, Tyler. The morning after we slept together, I was buttering my toast and he began to ask probing questions about my life and relationships. I cut him short and admitted that I found him attractive, that I couldn’t care less what he did with his life, and that I preferred not to talk about mine. To which he replied (in a happy tone): I knew you were that kind of bitch. And so we became friends.

We recently had a socially-distanced park hang. I asked him what he meant that day when he said I was that kind of bitch. I was worried he thought I was a shallow person, as many men do when women pursue their own pleasure. We had become good friends and I cared what he thought. His response was unexpected. He said I was that kind of bitch because of the way I buttered my toast. He said, No one who’s had a one-night stand and slept for two hours butters their toast perfectly to the very edges the morning after.

That was why he thought I was that kind of bitch. My toast!

I was still unsure what that meant. I was expecting Tyler to judge me with polite euphemisms for “slut” or “nympho” as many heteronormative men do when the find out a woman is not interested in more than sex. I had not expected him to discern me based on the way I buttered my toast.

My mind was swimming with everything the toast could mean. I began to feel confused and guilty as I grinded some weed for us on my donut-shaped beach towel. I started explaining myself, as if I had made a mistake in wanting what I had wanted. I’m working on my novel, I said, I don’t want to commit because I need to be alone to write it. I slumped like a repressed horndog.

He reminded me that he wasn’t asking for commitment and that I had asked him what he meant when he said I was that kind of bitch. In that moment, I understood he wanted the same things I wanted, but he could allow himself to want them. He wanted to be alone, like I did. He had music to make, I had a novel to write. He wanted a friend with benefits, like I did. He could allow himself to want those things. Me, on the other hand, I was scared to want what I wanted.

Tyler said he saw me as someone independent and irreverent, someone devoted to their art. That was not how I saw myself. It shocks me that I didn’t see myself the same way, even though it rang true.

I’ve been off Twitter for over two months and I’ve experienced an intense and unexpected showdown with myself, reconnecting with authenticity, having meaningful conversations, eating my toast the way I like it no matter how tired I might be.

How do you shuck off an old self when a new one is dreaming out of your solar plexus? Sometimes you just have to see yourself through someone else’s eyes.