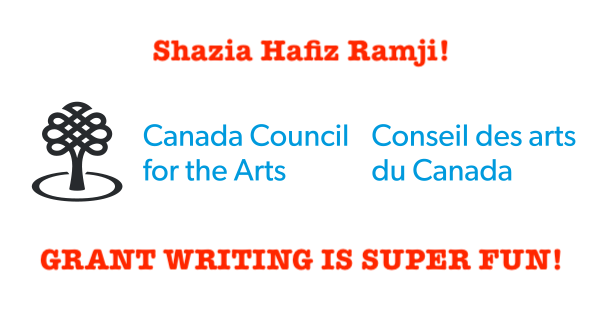 This month I broke down while revisiting the statement for my Research and Creation grant app with the Canada Council for the Arts. I cried because I saw – for what felt like the first time in a while – a future with me in it. The strange thing is that I received the grant in February, but I felt a sense of disbelief until April – I felt like I hadn’t received the grant, even though I very luckily and gladly received it. This belated emotion reeks of trauma – a case of what we might call #pandemicfeels.

When I revisited my grant statement in April, my parents had just gotten vaccinated and I was overwhelmed with relief. I started to move through my emotions again. When I cried I understood that I had not realized how a part of me was harbouring the anxiety that I, my loved ones, or my friends could get ill and die. It is obviously a possibility for those of us who are unvaccinated, and it’s a sad truth that people I know have gotten ill. Many people are suffering and dying. But I hadn’t realized that my fixation with death and a subconscious catastrophizing anxiety had led me to a dark but familiar place: I had forgotten how to see myself in the future.

It struck me that there is a parallel between the act of writing a grant app and writing your “future self.” The very form of the grant app encourages possibility. It asks you to put your best self forward. It asks you to think about your intentions and how you will act on them. When writing a grant app, you are already the person you want to be. You are already doing the work that you want to be doing. You have made that self real just by imagining it. If that sounds like magical thinking, it is not.

In a YouTube video on “How to Future-Self Journal,” Dr. Nicole LePera (also known as the.holistic.psychologist on Instagram) says that future-self journalling is “the practice of writing down and imagining a new future you: how do you want to be, what do you want to change?” This sounds a lot like a grant app, which requires you to clearly identify your new goals and reflect on your past successes and failures in order to do things differently.

Dr. LePera says: “Each time you’re sitting there with your journal and imagining this new future self, what you’re doing at the level of the brain is you’re firing new neurons, new connections. You are imagining a future self. Your brain does not know the difference between what is real or what is imagined. So in those moments, you are, according to your brain, being that new person … by envisioning yourself acting in a new way.”