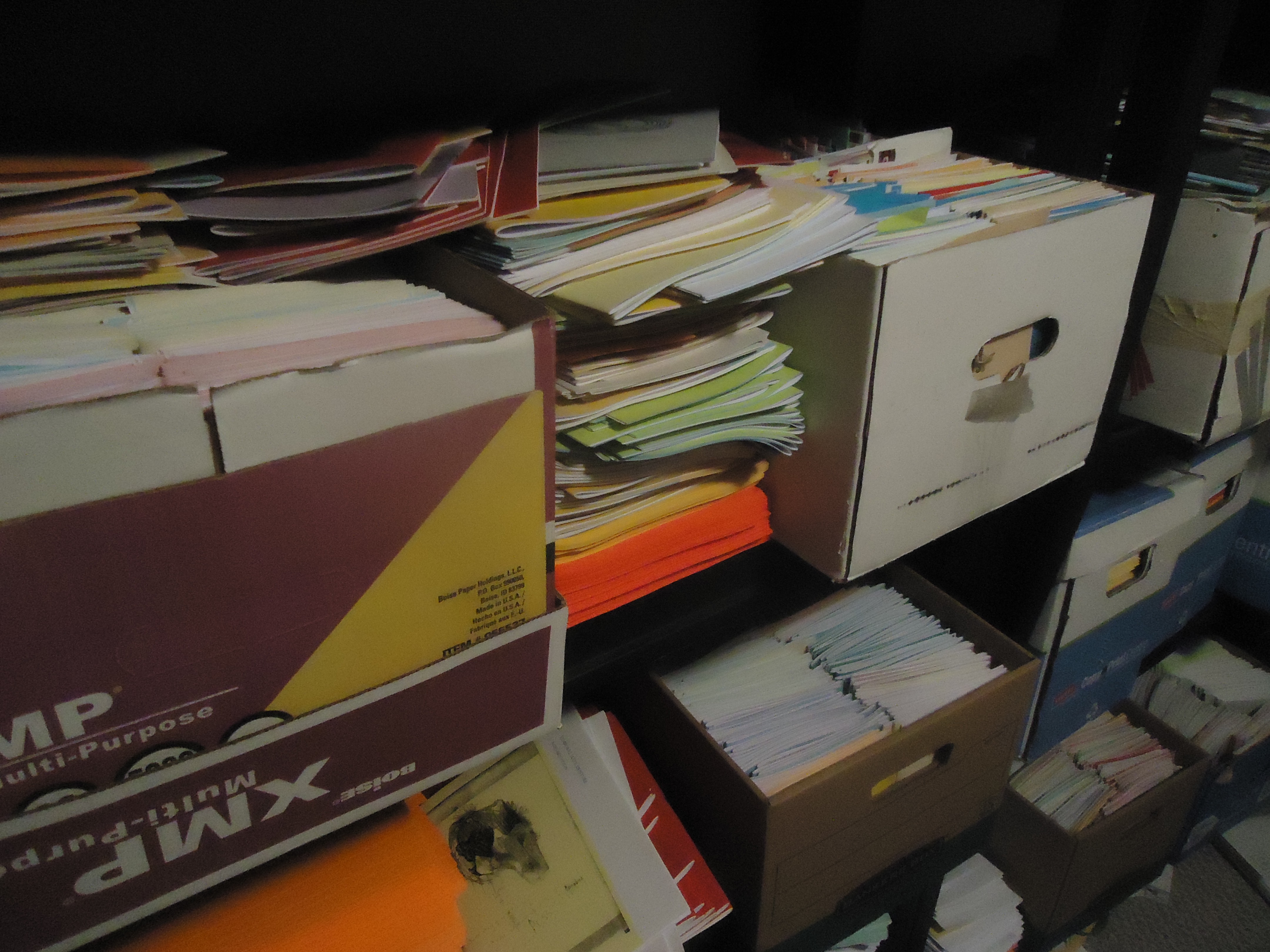 By the time you read this, above/ground press will most likely be two or three items away from an accumulated eight hundred publications. How does that happen? Even I find it strange and remarkable that above/ground press, the chapbook press I founded back in July, 1993, is not only still alive, but publishing regularly, especially now that we’ve a household with two children under three. How old must they begin before I consider involving them in production?

This is not an attempt to boast, but something closer to bafflement. How did I get here?

I’ve heard that the average life-span of a small chapbook press is seven years. That sounds about right, although I know of at least a couple of Canadian publishers that have continued well beyond that. Stuart Ross’ Proper Tales Press and Gary Barwin’s Serif of Nottingham, for example, are significantly older than above/ground. Other presses hovering around or just beyond the average would include NO Press, AngelHousePress, Anstruther Press, Apt. 9 Press, Baseline Press, Bywords, Frog Hollow Press, Jackpine Press, Laurel Reed Books, Leaf Press, Lipstick Press, Nomados Literary Publishers, phafours, Rubicon Press, The Alfred Gustav Press, The Emergency Response Unit and Wrinkle Press. I’m sure there are others I simply aren’t recalling at the moment.

Part of the appeal of running a chapbook-sized press is the fact that I’m beholden to no-one for the things that I produce, save, of course, my subscribers and authors. If I find a manuscript or poem compelling enough, I will produce it; if I don’t, I don’t. I’m not required to produce X amount of publications over the course of a year, or even with any kind of regularity. The work produced through the press moves from lyric to experimental to visual and concrete poems, moving entirely where my reading enthusiasm might take me. If I produce something, it is because I endorse it, am excited by it and wish to share it with others. Is publishing ever more complicated than that?

I recently came into conflict with an author I’d rejected, who suggested it was my job to publish work I might not like and let the readers decide; decidedly, enthusiastically, no. The job of the editor is to curate.

Eight hundred items. Since spring, I’ve been attempting to organize some of the back-stock, sorting and sifting and shelving in our basement spare room. Some of these boxes hadn’t been opened for years, whether two or three or four moves prior. I discovered copies of items I thought long out-of-print, many of which hadn’t even been folded and stapled. Some items took weeks to assemble, as a stack of covers might have been at the bottom of one box, and the corresponding stack of covers in yet another. I found half the run of Stan Rogal’s 1997 The Search for the Emerald City chapbook that hadn’t yet been put together. I found items by John Newlove, Brecken Hancock, Peter Norman, George Bowering, Dennis Tourbin, Marilyn Irwin and David W. McFadden I hadn’t seen copies of in years. So far, I’ve been able to offer copies of nearly two hundred titles I’d thought long gone.

This is the benefit, I suppose, of making such large print runs, averaging print runs of three hundred since the press began. The long poem magazine STANZAS produced some forty-six issues between 1993 and 2006, and began with a print run of five hundred copies, with the final sixteen issues produced in runs of one thousand (with one exception, produced in a run of twelve hundred). Perhaps you begin to understand why we have such volume. Why so many? My purposes were to get the work into the hands of interested people; and I wanted someone who might have heard of the title three or four years down the road to still have the ability to pick up a copy. I long said I’d rather have one hundred copies at four dollars than fifty copies at eight dollars. The purpose was to distribute the work.

“above/ground press,” as my tag-line once offered, “killing trees for literature since 1993.”

That being said, I’m incredibly fond of presses that aim for a more focused audience, and even a different physical aesthetic towards small publishing, including the lovely and limited edition items produced by Cameron Anstee’s Apt. 9 Press, Jim Johnstone’s Anstruther Press, Peter and Meredith Quartermain’s Nomados Literary Publishers or derek beaulieu’s NO Press. My goals are simply a bit more expansive.

I’m a big believer in what bpNichol furthered, the “gift economy.” If you come over for tea, expect to leave with an envelope of chapbooks. I like to get material into people’s hands.

I’m also exchanging with at least a half dozen small publishers, sending out everything I produce for the sake of everything they do in return.

Still, individual sales are notoriously thin. It’s one thing to see a lack of individual orders for a first chapbook, but quite another to see similar numbers for chapbooks I’ve produced by Pulitzer or Griffin Prize winning authors. At least I do well enough at small press fairs, whether our own in Ottawa or Toronto’s annual Meet the Presses, but if it weren’t for the one hundred or so annual subscribers, I might have been unable to sustain the press for nearly this long. I have to thank Gary Geddes for the suggestion he offered me around 1994, saying it was the only way they managed to keep Quadrant Editions (the press that became Cormorant Books) going over those first few years.

Since the beginning, the press has existed as an extension of my own reading, and my own enthusiasm, as well as my own writing practice. There have been years where I was above/ground press’ most published author, something that has diminished considerably over the years, for a variety of reasons.