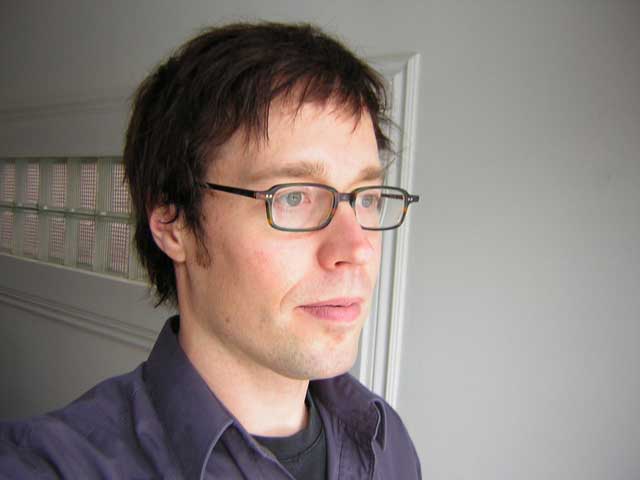 For years Mark Truscott has digging out his own unique niche in Canadian poetry, one with intense focuses on language, minimalism, and abstract inquiry. Branches, his latest collection, is something of a turn for him, embracing longer lines and more open forms that allow for deeper investigations, yet are still sparse in structure, giving much breathing room on the page to let each thought have maximum impact. Just before interviewing Mark, I happened to be reading The Lives of the Poems by Joshua Beckman in which he considers haiku in relation to his own poems and haiku as a daily practice. I couldn’t help but make the compression to the poems in Branches, not that they are haiku, but perhaps they also share something in meditation, simplicity, writing as a ritual, and in the way they steadfastly pursue a subject. Like the constant revising of a memory whose meaning you’re not ready to commit to.

In another interview I read about your writing routine while composing the poems in Branches: waking at the same time every day, sitting in the same place and even looking out the same window at the same tree. How do you feel routine plays a part in your writing?

For whatever reason, I rarely write spontaneously. I get nearly articulate feelings that seem poem-like as I go about my life, but I take mental note of these in order to consider them when I’m sitting down later. I have the idea that they aren’t ready to be written until I’ve lived with them a while. Right now, for example, I have a sense of the simple past tense that the words “I believed” carry, a sense of a complete and discrete span—a pale blue strip of tape perhaps—that I’ve made external and that I imagine I can talk about. I’ve been working on this one for about a week now.

I also think routine is helpful because it gets one “primed” to write faster. But in any case my adherence to routine isn’t especially deliberate. I suppose it’s the result of a combination of sensibility and necessity. I can remember once, in my early 20s, writing a long poem in a flurry of inspiration (and a lot of coffee), but I don’t work that way any more.

It then seems fitting that the epigraph for Branches is by Gerald Murnane, another writer who tends to dwell on language. “I have found a way of watching a thing that shows me what I never see when I look at the thing. If I watch a thing from the sides of my eyes, I see in the thing the shape of another thing.” Do you know you’re looking at the “thing” before it takes “the shape of another thing”? Or is it something that you can only see in peripheral? I guess what I’m asking is, was there an intent to write Branches from the beginning or did you see it take shape as you wrote the individual poems?

It was very much the latter. I think I began just by experimenting with two-line poems, in part prompted by Stuart Ross’s magazine of one-liners, Peter O’Toole. I had the sense that twos tend not to resolve very well, and I found that exciting, but I had no real idea where the book was going or what it would look like. In fact, when I met with Karen Solie to talk about my manuscript, I was a bit disappointed when she pointed out how strong the thematic currents were. I was hoping I’d done something a little different. (Of course, she was right, and she gave me good guidance.)

Each line, even each word in your poetry seems so meticulous. Could you walk us through how you construct a line? For example, earlier you mentioned you’ve been ruminating on the words “I believed.” How do you know when you’re ready to commit these to the page and do you have a sense of what it will generate? What comes next?

I mentioned the nearly articulate feeling that seems poem-like. That’s key—for me anyway. in my current practice, it seems necessary to start with a there that might become there. So, for example, with “I believed,” there’s a sense out of which might come ideas like “the simple past tense expresses a completed event as if it can be looked on from without” and “I find myself visualizing this sense of time as a band or a strip” and yet “I think of belief as something so close that it’s jarring to imagine I can really speak of it as beyond me,” and “obviously, since I’m currently thinking of it, it’s not entirely outside.” All of that. But it’s the feeling that gives rise to these thoughts, and that continues among them, that’s important. A poem is a way to spin it out. The thoughts themselves, if I follow their lead solely, just end up explaining the feeling away. So there’s something of Negative Capability, sure. But the feeling also usually seems to carry with it the recognition that my articulate thoughts don’t quite line up with the world and my life in it, and that this mismatching may give my experience form. So I want my poem to embody this poem-like feeling somehow. And that’s tricky.

So, yes. I find it difficult to make sure my writing stays with the feeling I’m talking about, and so it’s very slow going. And I often start with just a line. I am open to discovering something about the feeling through my writing, but not to losing it. I end up putting something down and then recognizing that I’ve lost the thread. I start again. I’m sure though that this is the kind of thing a lot of people do. 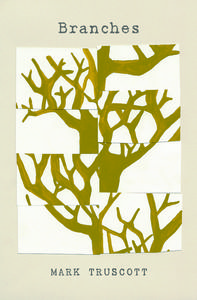 Is there a touchstone you return to to maintain that poem-like feeling? Something that keeps you focused on where you’re going? One of the qualities I enjoy about Branches is that is seems laser-focused in its direction. Speaking from my own writing, I’m always jumping around between things I’m not sure are related and it’s not until the editing stage that I see I’ve been unconsciously writing about a subject the whole time.

Ha. Well, I’m jealous. At one point, as I was editing Branches, I had a sick feeling because I realized I’d just written the same poem over and over. (But then I comforted myself with the thought that each poem had failed in a different way.) Really I’m always just astonished that there is something and not nothing and it’s somehow exactly what I’m looking at (but of course it’s not either). That’s it. I can’t help that thought (or that cluster of thoughts), and I can’t get beyond it. Each poem is just a different setting, and each setting imposes its own problems that need to be worked out, and I suppose there are specific insights to be gained (or at least glimpsed) in the process. I guess I’m lucky though because there’s always something to occupy me at the streetcar stop.

Would you want it another way? I remember speaking in person with you about Aaron Kunin, who uses strict self-imposed semiotic limitations to create all sorts of different—though admittedly still minimal—poems. Do you have another long, or even epic poem in you somewhere? Something sprawling?

Maybe. I’m frustrated at the thought that something—even my own ideas about myself and what kind of poet I am—would prevent my work from developing along its own course. And I don’t feel at all attached to the idea of short poems anyway. I think, on average, the poems in Branches are a fair bit longer than those in my previous book, Nature, and I’m happy they’re different in that way. I’d certainly welcome something epic if it comes along.