In my capacity as freelance story coach and manuscript critiquer, I receive many inquiries and, interestingly, I’ve realized that a disproportionately high number of them are from writers working on a fantasy YA or adult novel.

Fantasy: It’s popular. Really popular. And in the three years I’ve been writing this blog for Open Book: Toronto I’ve never featured it. 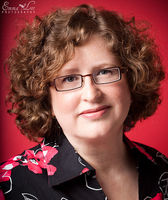 Lena Coakley is the Globe & Mail bestselling author of Worlds of Ink and Shadow, a YA historical fantasy about the young Brontë siblings. Her previous novel, Witchlanders, won the SCBWI Crystal Kite award and was a White Pine Award honouree. She lives in Toronto and her website is http://lenacoakley.com/. 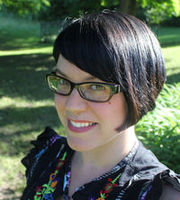 Alyxandra Harvey is the author of several YA fantasy novels. She lives in a stone Victorian house in Ontario, Canada with a few resident ghosts, several dogs, and her husband. She likes caramel lattes, tattoos, and books. Alyx’s website is http://alyxandraharvey.com. 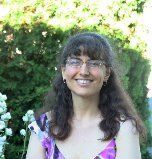 Nicole Luiken is the author of ten published books for young adults. She lives with her family in Edmonton, AB. It is physically impossible for her to go more than three days in a row without writing. Nicole’s website is http://www.nicoleluiken.com.

What is it that inspires you write in the fantasy genre? Do you write in other genres as well, or just fantasy? Why?

I will always write fantasy and science fiction because it’s what I read and what I enjoy. I think this is because 1) I love to be surprised, and fantasy is a genre with great potential for wonder, and 2) I love metaphor. I enjoy seeing the issues of my own world explored through analogy.

I always come back to the fantasy genre, whether it’s modern paranormal or historical fantasy, it’s my home. It’s how I see the world: slightly askew with the possibility of dragons!

I write (and read) fantasy for the magic and the sense of wonder. I also write SF because SF is another way to explore cool new worlds. I have made a couple of attempts to write novels without SF/fantasy elements, but they inevitably flop. I can’t sustain enough interest to finish them.

The fantastical elements that I include in my fiction are something that I blame on my youth. I spent all of my time reading JRR Tolkien, Roger Zelazny, Guy Gavriel Kay, and Lloyd Alexander. And Conan and Warlord comic books. So it became very natural to use fantastical elements. I do tend to write in whatever genre interests me (historical, horror, science fiction, “real” fiction) that will work for the story I want to tell.

Do you agree with fantasy writer Chuck Wendig that “at the end of the day, fantasy has to be about characters above ideas, above culture, above all the fiddly fantasy bits. Great characters are our vehicle through the fantasy?" Can you speak about this?

I couldn’t agree more! Much as I love great worldbuilding, I want to experience a world by seeing how it shapes and affects a person. Otherwise it’s just scenery.

I think this applies to all stories. We sometimes get caught up in the fiddly bits (be it too much detail in an historical novel or too much explaining in a fantasy novel) and we forget that it is the characters who matter. Because, through the characters, we will learn the stories. The Lord of the Rings without Frodo wouldn’t give the reader such a powerful, impacting story. Imagine that Gandalf took the ring and dropped it in Mount Doom. It would be a story about a powerful figure against a powerful figure. Instead it’s about a very small, inconsequential figure making the biggest impact on Middle Earth.

Arthur Slade, you’ve said: “There’s so many vampire stories and ghost stories so you really need to look at these characters in a new light and find a new way to say something that hasn’t been done before.” So, how do you find this new way? What are your strategies for making sure your fantasy world is unique? 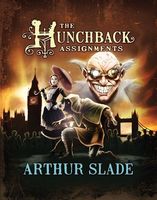 What? I said that?
When it comes to characters, I am especially looking for that extra quirk that takes them beyond the normal zone. In The Hunchback Assignments, the main character, Modo, is a hunchback who has the ability to change his shape to look like anyone. The fact that he can be attractive for a few hours at a time but always has to return to being his unattractive self led to all sorts of “character” questions. How would that affect him? Would he prefer to be the attractive person all the time? Or would he accept his natural-born form? So those are the ways I try to come up with a new character.

Alyx, Nicole, and Lena, do you agree, and, if so, how do you find this new way? What are your strategies for making sure your fantasy world is unique?

I definitely agree! I wrote my Drake Chronicles series during the vampire fatigue, but I had a vampire story and I wanted to tell it regardless. It reminded me to always Tell Your Own Story. Maybe there are a thousand vampires out there, but there’s no vampire exactly like the one you would write. So, you be you and the rest will come far more easily than you might expect.

Most supernatural creatures come with a set of "rules", but I think every author has the right to interpret the rules in a different way. Take merpeople. What are the rules? They have gills and fish tails, sometimes they can change shapes, and they lure ships to their doom with their singing. My novel Through Fire & Sea has a merman, but his body is based more on a dolphin. I also decided he has a "silver-tongue" and could command people—and even when he’s not consciously using his power his voice is very convincing, which makes him an excellent actor. So he’s still recognizably a merman, but it’s my own version of the myth.

I play with a lot of ideas before deciding on the book I will write next, and the originality of the premise is a big consideration. On a purely practical level, I’m just not well-known enough to sell a vampire book. It would get lost among all the other vampire books out there. This is not to say that there aren’t highly original vampire stories still to be written. Thirsty by MT Anderson and My Swordhand is Singing by Marcus Sedgwick are both favourites of mine—vampire books that take the genre to unexpected places.

Alyxandra, you wrote, “Try not to worry too much about your 'voice'. If you’re true to yourself and your story, your voice will organically, magically happen.” Can you expand on your own views on this please?

Sometimes when we worry about whether or not we have a voice, we are actually worrying about how that voice will be heard, how it will be received. And maybe that part’s none of our business. It’s definitely the part that gets in our way and makes it difficult to hear. It can be hard to follow the story sometimes—that inner critic is so loud and obnoxious!—but it’s always, always worth it.

Lena, Nicole, and Arthur: Do you agree with Alyx? Can you share your views?

I’m glad Alyxandra said this, because it’s what I do! I’ve spent a lot of time studying plot structure, studying scene structure, studying what makes a great character, but I would have no idea how to go about “fixing” voice. The only thing I’d say is, if you as a writer are being told that voice is a problem in your novel, you might not know your main character well enough.

This dovetails quite neatly with my own views on voice. Trying to imitate someone else’s voice can be an interesting writing exercise, but is not a good strategy for the long haul.

Agree? Not a bit. Ha! Kidding. I totally agree.
The voice will happen naturally if you don’t spend too much time thinking angstily about it. Oh, and by “happen naturally” I mean that you might have to rewrite your piece about thirty times before that “natural” voice falls into place.

Susan Hughes is an award-winning author of children's books — both fiction and non-fiction — including The Island Horse, Off to Class, Case Closed?, No Girls Allowed and Earth to Audrey. She is also an editor, journalist and manuscript evaluator. Susan lives in Toronto. Visit her website, www.susanhughes.ca.