As rob has mentioned, this is the second part of his final column for Open Book. The staff at Open Book would like to share our appreciation for a decade of columns, and for rob's contributions to the CanLit poetry community. If you would like to continue following rob, and his interviews/columns/ideas, he posts these daily on his blog, which you can find here. Thanks a million, rob.

For my final two columns, I thought it might be interesting to highlight some of the emerging or lesser known writers I think are worthy of some further attention. There’s always so much activity that one can barely keep track, but here are a couple of suggestions: 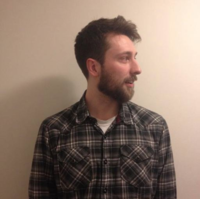 Chris Johnson has managed to make himself appear everywhere over the past few months, managing a new chapbook with Victoria BC’s Frog Hollow Press—his Listen, Partisan! And Other Stumbling Haibun (2016) (he’s published at least one previous chapbook, through his association with Ottawa’s In/Words Magazine and Press), a former role in the running of The TREE Reading Series, his current role as Arc Poetry Magazine coordinating editor, and his inclusion in the new anthology 30 under 30: an anthology of Canadian millennial poets (Ottawa ON: In/Words, 2017). I’ve long been curious, specifically, at his exploration of the haibun, a form famously explored by poets such as Fred Wah and bpNichol, but less so over the past decade or two (the English-language haibun, of course, being a bastardized form of an ancient Japanese form; the contemporary form exists as a section of prose that ends with a short lyric). Some of the haibun in his new chapbook, effectively a blend between Frank O’Hara’s “I did this, I did that” poems and poem-essays, are quite striking, such as “Cheap Road to the Liquor Store” and “Poem.” I’ve had the sense that if Johnson keeps pushing the form, he could end up doing something quite memorable with it; certainly, there are flashes within this short chapbook of what might come. I await what comes next. 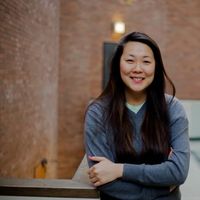 You might not be aware of her name, but the work of writer Chuqiao Yang has been impressing me for quite some time now, ever since I first discovered her name in a 2010 issue of Grain magazine, despite the fact that she still hasn’t actually reached thirty years old. Born in Beijing, China and raised in Saskatoon, Chuqiao (Teresa) Yang was one of three writers shortlisted for the 2015 RBC Bronwen Wallace Award for Emerging Writers, and over the past few years her writing has appeared in a variety of Canadian literary journals, including Prism International, Contemporary Verse 2, filling Station, ottawater, Room Magazine and Grain, as well as on several CBC Radio broadcasts, including CBC Saskatchewan. She is also the recipient of two Western Magazine Awards, taking first prize in two categories of the 2011 Western Magazine Awards for her stunning non-fiction piece “Beijing Notes,” which appeared in Grain magazine (Vol. 37.4, Summer 2010). The short travelogue includes:

"I am back from the Expo. I saw a woman club another woman in the lineup for the German pavilion. Her bra was sliding off. Two old men started to hit each other. The sweat on my body did not belong to me. I went home and drank four or five giant bottles of beer and sang a really bad rendition of a Chinese song. I think my relatives hate me."

During the time she lived in Ottawa, her work was included in the seventh issue of the Ottawa poetry pdf annual ottawater (January 2011). In a blog report on the issue launch, Ottawa poet Pearl Pirie referenced Yang’s short performance: “Such a lovely cadence and enjoyable turns in her poems, of phrase and image.” In her introduction to Room Magazine 35.1 (“Journey”), guest-editor Clélie Rich wrote: “The poems of both Margaret Malloch Zielinski and Chuqiao Yang carry us to distant places, with Zielinski transporting us to faraway places with evocative names, while Yang’s travels lead us on more internal journeys.” The jury citation for Yang’s Bronwen Wallace Award submission, “Roads Home,” reads:

"Employing lyric intensity and deftly placed slivers of narrative and dialogue, Chuqiao Yang explores the intricacies of the cultural, generational, and temporal connections and chasms that occur between human beings. Demonstrating finesse and dexterity with poetic form, her work distills the essence of both place and character. These are engaging, emotionally resonant poems written by a poet with a compelling and original voice."

More recently, she’s also had work appear in the anthology 30 under 30 : an anthology of Canadian millennial poets, and has teased the appearance of a chapbook this fall, with a press she has yet to name (to me, at least). As a chapbook publisher, I’m incredibly jealous; but as a reader, I’m very excited. 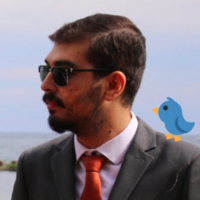 Given that some of his contemporaries, including Suzannah Showler, Ben Ladouceur, Cameron Anstee, Mat Laporte and Catriona Wright, have started releasing full-length collections, I’m a bit surprised that Sinaee, an alumni of Carleton University’s In/Words Magazine and Press, hasn’t yet come out with an announcement of a forthcoming trade collection of his poems. If you’re paying any attention to the literary journals in Canada, you’ve most likely seen some of his work, and he’s appeared in a heft of Canadian literary staples, including The Malahat Review, The Rusty Toque, CV2, PRISM International, The Puritan, Arc, Maisonneuve, Walrus and the anthology Best Canadian Poetry 2015 (Tightrope Books). Born in Tehran, Iran and currently living in Toronto, Sinaee is the author of a small handful of chapbooks from multiple presses, including the most recent Blue Night Express (Anstruther Press, 2015). He also had a broadside produced through Ottawa’s Apt. 9 Press in 2012, the same year he won the Walrus Poetry Prize Readers’ Choice Award. He has been involved as an editor for In/Words, on the editorial board of Arc Poetry Magazine and an editorial assistant at the Literary Review of Canada. The editor/publisher of the short-lived chapbook publisher, Odourless Press (a press founded in 2011 that one hopes is merely on hiatus), he’s been reviewing poetry books and chapbooks lately via Medium: https://medium.com/@unclePoetry

I’m just going to presume that you’re already familiar with his name, even if you haven’t yet seen much of his work. We know a book is coming, eventually. The question of a full-length book from Sinaee isn’t a matter of if, but a matter of when, and there is such a care and a patience in his poems that suggests, perhaps, he simply isn’t in a hurry, which might, for now, be the smartest thing he can do.

Chris Johnson lives and writes in Ottawa, Ontario, where he works as Coordinating Editor at Arc Poetry Magazine. He also helps facilitate workshops for Tree Reading Series and occasionally slings cards and other paper products at The Papery.

Chuqiao Yang’s writing has previously been published in The Puritan (Spring 2016 Supplement), Ricepaper, Arc, Prism, Filling Station, Grain, CV2, Room, and on CBC. In 2011, she was the recipient of two Western Magazine Awards for a non-fiction piece, “Beijing Notes.” Most recently, she was a finalist for the Bronwen Wallace Award for Emerging Writers. She is currently working on her first manuscript.