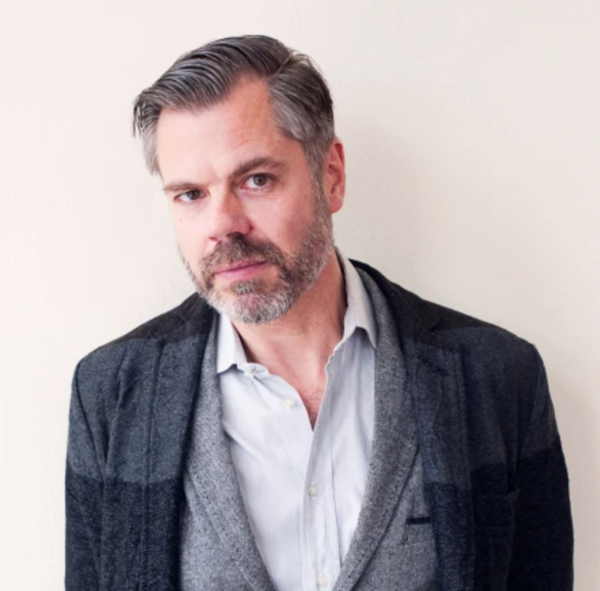 For thirty years I was on the other side of the desk: submitting books to editors who didn’t reply or who took six months to reply, who replied with no-thank-you formulae, or who replied with suggestions for changes so radical and so foreign that it was clear they were looking for a completely different kind of book, or who replied with apologies that they loved the book but that the sales department couldn’t imagine even trying to sell it, or that the company was no longer publishing fiction at all and that in fact it was changing into a consumer review site called Mombooks or Celebsnaps. They were an opaque and recalcitrant bunch, editors. And now, after nine published books, I finally get to sit in that chair and try to explain why one book is more publishable than another.

Turns out making these decisions involves manipulating spreadsheets, schedules and colleagues, a process like juggling staplers, clouds and poodles.

Not that I feel at all recalcitrant. I still feel a child-like excitement on opening each new manuscript, and I really want each one to be good. I still take pure pleasure from reading, especially from reading made-up stories, and I often think, sitting on my balcony, reading even another novel about a more-or-less-eventless rural childhood (“Dad never did come back, and Mom stopped coming out of her room”), of what an incredible stroke of luck it is to not even feel guilty about spending my days doing this. Because it’s what I would spend my days doing anyway. (Well, maybe not the eventless childhood part. I’ve had enough of those.)

What is it that I look for?

The official answer to that is that I am looking for fiction and non-fiction for an independent Canadian house called Dundurn Press. The non-fiction I am looking for will be what we have come to call “hard” non-fiction – that is, something with a journalistic element, something that has involved research; books about science, sport, history, biography, or any book that make an argument about something. In other words, anything but your own sad story. (Yes, I have accepted and published several sad memoirs. They were exceptional for one reason or another. And we are saturated with them now. More about the problem with memoirs in another article.)

The fiction I am looking for will be for our new imprint, Rare Machines, which is for adult literary fiction. Literary fiction is anything that is not genre fiction – that is, it does not follow the conventions of an established category such as crime, mystery, thriller, fantasy, romance or young adult. It is fiction that is elegantly written – and indeed I am looking for stylistic flair more than for anything else. That means I want the author to have a very tight control of point-of-view, and to avoid overexplanation, generalization, vagueness and cliché. The first giveaway that a manuscript is not going to be for Rare Machines is a lot of exclamation marks. (I have thought of adding to our submissions guide: prospective authors should remove all exclamation marks before submitting.)

I feel I must repeat this: I don’t do crime or thriller or YA. I have simply never read these genres and so don’t know how to judge them. I have also learned that most books that claim to be “hybrids” – a literary thriller! a literary whodunnit! a literary upmarket commercial women’s novel with a martini glass on the cover! – are just not. These are almost always books with lots of exclamation marks.

There are, of course, certain types of literary novels that are so familiar to Canadian readers that they may constitute a genre of their own, with their own stock characters and predictable outcomes. I still receive a lot of these. The sad-rural-childhood mentioned above is an obvious one (much action takes place in the kitchen; dad is still out in the parked pickup truck secretly drinking; mom is still sitting at the kitchen table, still smoking despite her emphysema), but other well-worn formulae include: Divorced Lady (protagonist is numb with grief after husband unexpectedly left); Boomer Man Wonders Where It All Went (divorced and/or recently fired older man retreats to family cottage try to stop drinking and mend things with his daughter; jazz records will figure prominently); Mythical Magic Realist (all the characters have magic powers or can shape-shift into figures from folklore); Drunk Toronto Girl (recent graduate of MFA program  is depressed to the point of catatonia and drunk every day and numb to all emotion).

Of these the most recent category is of course Drunk Toronto Girl: this is a rising genre that even the big presses are rushing to publish. We have acquired a couple ourselves and I have to say it is my favourite development in Canlit clichés: it beats drunk dad in the pickup truck any day.

If there is something I would like to see more of in Canadian fiction it is stories of sophisticated, witty people (drunk Toronto women included), or people with power. There is a widespread understanding in Canada that literature should be about one’s childhood, or that it should centre the uneducated (maybe because it is supposed to do some kind of social good). Of course there can be gripping and powerful novels about the uneducated, but why are there so few about cabinet ministers and judges and generals? Or even lawyers and television producers and computer programmers and DJs? We are a highly educated country, after all. If a Martian were to put together a picture of  Canada from its fiction, they would guess that it is without a single opera house or research institute, not a single conceptual artist or physicist.

So can you submit me some stories about cool and glamorous people, please? I am getting depressed stuck here in the kitchen with Mom.

Next I will explain about the Trouble With Memoirs; stay tuned.

Since 1989 he has been a freelance journalist and cultural commentator, publishing in Details, The New York Review of Books, The Globe and Mail, The Walrus, Toronto Life, NOW, Flare, Toro, Sharp and many other journals. For 20 years he wrote a regular weekly column on the arts for the national Globe and Mail. He frequently appears on radio and television as an analyst of artistic and social trends.

An expert on language, he was the host of the popular CBC Radio One program “And Sometimes Y”, about words, language, for two seasons.

His fiction is largely contemporary in setting and satirical in tone. It has been nominated for several major awards, including the Giller Prize, the Governor General’s Award, the Rogers/Writers’ Trust Fiction Prize (twice), the Trillium Prize, the Chapters/Books In Canada First Novel Award, the City Of Toronto Book Prize, and the Danuta Gleed Award. He has twice won the National Magazine Award for fiction, and his novel Muriella Pent was selected as best fiction of its year by Amazon.ca.

He is an experienced teacher of creative writing, having taught in the MFA in Creative Writing program at the University of Guelph, and at the University of Toronto School of Continuing Studies. Several of his former students have published novels and memoirs. He has been writer-in-residence at the Toronto Reference Library and at Berton House in Dawson City, Yukon.

He is now an acquiring editor of fiction and non-fiction at Dundurn Press.