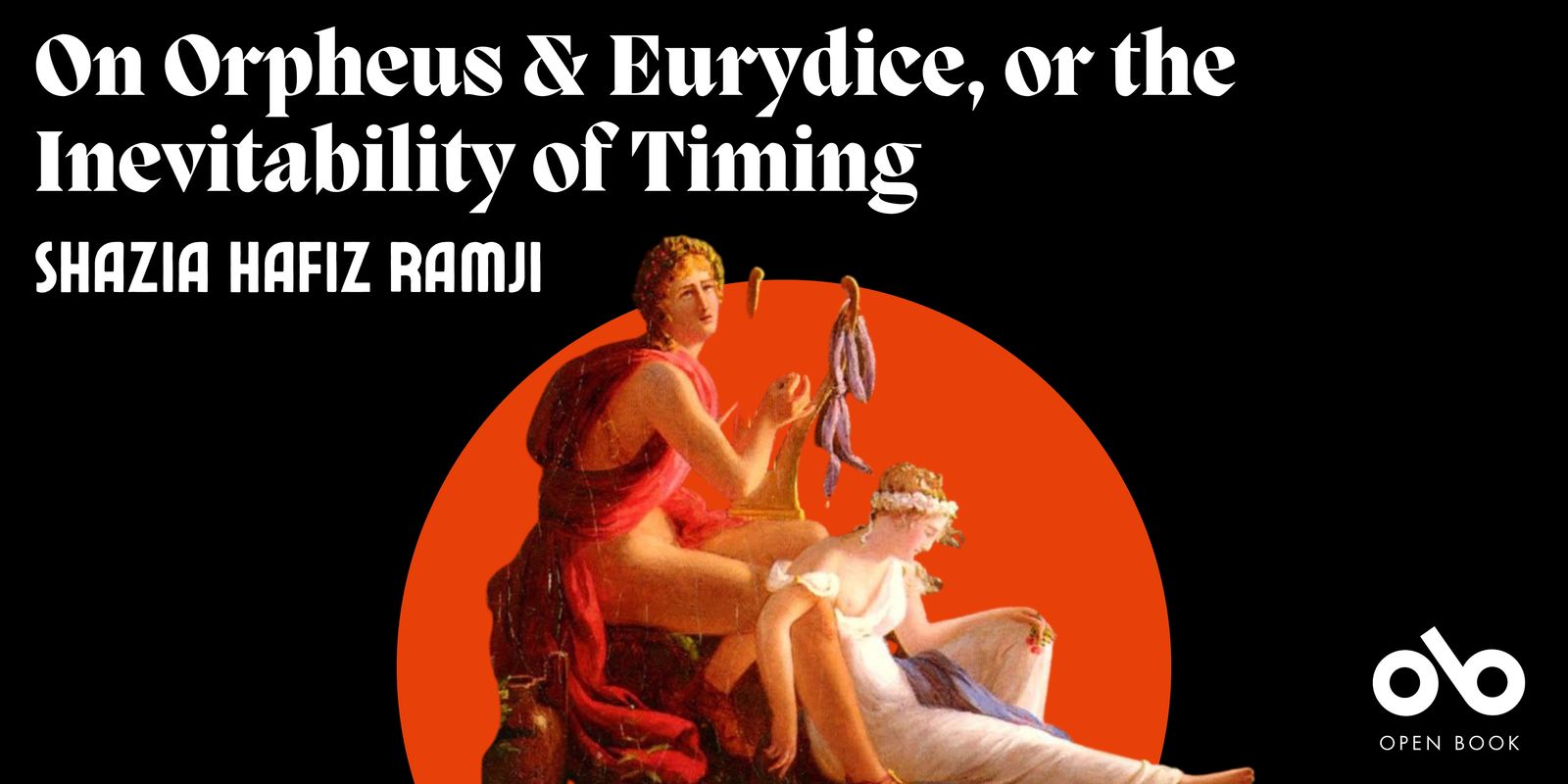 I’ve become superstitious about my novel. I believe that if I look back at the previous pages, I will not be able to write – not even one word to move it forward. After I finish writing for the day, I make all the preceding text white, so that I can’t read what I wrote when I open up the doc the next day. This has nothing to do with editing, though it may seem that way (since editing, as we know, can get one stuck in a perfectionistic loop if attempted during the drafting process). The problem has to do with surrender, trust, and one of the saddest love stories of all time: Orpheus and Eurydice.

In the myth of Orpheus and Eurydice, Orpheus, a (newly married) poet and musician, sings to the gods of the underworld, asking them to open their portals so that he can enter to reclaim his bride, Eurydice, who died of a snake bite on their wedding day. Orpheus’ tunes make the gods swoon, so they let him in on one condition: he must not look back at Eurydice until she is safely in the world of the living again. What do you think happens? On their trek through the underworld, Orpheus looks back. Eurydice dissolves into ghost life once again.

There have been countless iterations and interpretations of this myth. In Ovid’s retelling in the Metamorphoses, Eurydice gives a small smile when Orpheus turns to look at her. According to Ovid, Orpheus’ looking back proves that his love for her is real; Eurydice’s smile acknowledges this meaning. This is the version I like the least (what is love if you can’t live in the land of the living and make tunes together?), but it does touch on something that is integral to Orpheus-and-Eurydice situations: trust, surrender, and timing.

Orpheus defies the gods when he looks back at Eurydice. He doesn’t know what it means to surrender to the divine, because if he did, he would trust that she would follow him back into the world of the living. I can’t express how perfect this myth is for how I’ve felt about my novel recently. I am Orpheus; Eurydice is my novel. I’m at the point where I’ve accepted that my novel is my novel: it has a lot of ugly stuff in it, which will probably make people look at me sideways and drop out of my life. But I do not care (and I don’t say this arrogantly) because this is my story. I cannot worry, because I have no choice. It is inevitable.

This feeling of inevitability is also about timing. Once you’ve felt it, there’s no looking back. It’s something that can be rushed. I’m lucky to have experienced this inevitability when writing Port of Being. At some point in the process, I accepted that no one would care about my very nerdy research and field recordings. It was only after I accepted this – and wanted to finish writing the book regardless – that I was actually able to finish the book. I didn’t chicken out, because I had no choice. No other book could’ve come out of me at that time, even if I had tried.

When Orpheus looks back at Eurydice, he is impatient. He cannot trust the words of the gods because he is not ready to surrender to something bigger than himself. Inevitability is the condition for surrender. He is not there yet. The timing isn’t right.