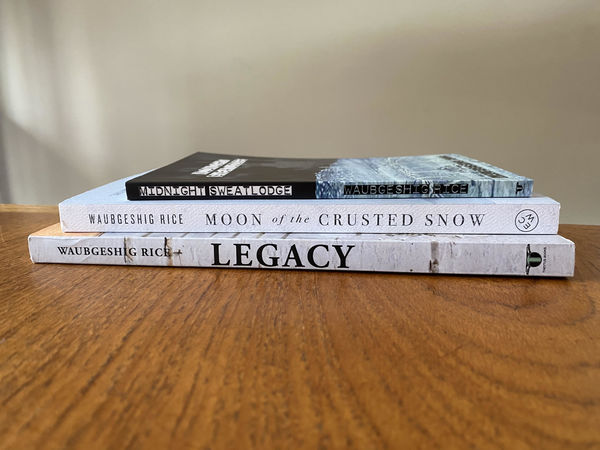 I have felt like an imposter. There have been times throughout my writing career when I’ve asked myself do I belong in this space? Do I deserve this opportunity? Am I skilled enough to call myself an author? If you’ve felt this way and asked yourself these questions, you’re not alone. Imposter syndrome is real, and it’s unfortunately common in the writing world. It’s the internalized notion that you’re not as talented as others in your field despite your accomplishments. While it arises for different personal reasons, there are industry eccentricities and pressures that perpetuate imposter syndrome, especially in newer writers. But whenever it’s crept into my head, I've always reminded myself that my writing journey is my own, and my experiences are valid.

It’s important to remember that there isn’t one clear path to becoming an author. There’s no single template to follow to getting published. Everyone finds their own way through the industry. While I always aspired to be a published fiction writer, my educational background isn’t in literature or creative writing. I went to university for journalism, which ended up being my primary career for nearly two decades. Fiction was my creative outlet throughout that career, and I spent most of my free time outside of the newsroom writing stories, reading books, and seeking opportunities to get published.

In those early years, I was successful in applying for grants through the Canada Council for the Arts and the Ontario Arts Council, thanks to guidance and support from authors and artists I looked up to. That led to wider networking, and the eventual opportunity to have fiction published. So even though I don’t have an English degree or a Masters of Fine Arts, I kept writing, and gained the experience and confidence to make my dream come true. I didn’t give up on it, despite some big challenges along the way.

No matter how you take yourself through the industry, though, it’s hard not to compare yourself to others or the standards of the profession itself. This especially happens when you meet writers who have gone to the same university or completed the same kind of program. That’s also compounded when they inhabit the same places (usually cities) or represent the same dominant demographic. When you’re outnumbered by those realities, imposter syndrome can emerge again. But that’s when I usually recall another important reminder: my lived experiences are valid, and I deserve the opportunity to write about them.

For a long time, literature in Canada was dominated by white men. Their books took up most of the space on the shelves, and they ruled most of the gatekeeping positions. As a result, very few writers from so-called marginalized communities were getting published or industry opportunities. As a young reader in high school, I didn’t believe the stories of my people or my experiences as an Anishinaabe person were valid enough to be in books, because I didn’t see them reflected at all in the novels that were in the provincial curriculum. When that’s your first exposure to the wider literary realm, it’s easy to feel out of place when trying to break into it.

Those feelings are exacerbated by rejections that are common in the industry. A rejection letter I received early in my career from a publisher said they were turning down my manuscript because they already had one Indigenous author on their roster. Nonetheless, I stuck with it, and eventually found a better home for that story. More broadly, since then, Canadian literature has become much more diverse and inclusive. Authors of colour are claiming space on bestseller lists, and being nominated for and winning major awards. There’s still a long way to go in making publishing more reflective of Canadian realities, but it has improved, and hopefully that diminishes imposter syndrome in new and emerging writers.

And finally, it’s always crucial to remember that the simple act of writing makes you a writer. No matter the scope of the publishing opportunity you have - whether it’s a blog or a book - your voice is valid, and your truth needs to be read. Sharing your writing with the world is a wonderful and enriching experience. To be platformed in any way is a great endorsement of your skills. And the more you write, the more opportunities will open up. Self-doubt will diminish as time goes on, especially as your own circle of fellow writers and readers grows. It can be a generous and supportive community, and you deserve to be a part of it.