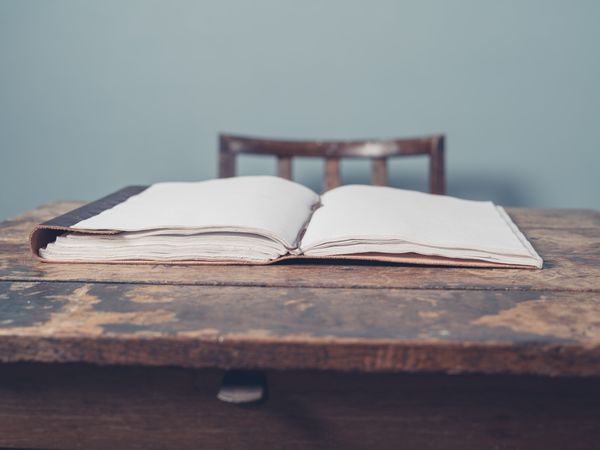 When I write, it feels like I am on the inside of a spinning wheel that never stops. The wheel lets itself loose from the chassis and throws itself, willingly, down the hillside. The after effects of spinning around in this way are almost identical to that of documenting that first draft: Waves of nausea, dizziness, exhaustion, and disorientation. When I’m stuck in the ideas wheel, I cycle through the possibilities that more often than not, go nowhere, or that plop me down dead centre in all the places I’ve already been a hundred times before. I enjoy familiarity and comfort just as much as anyone, but as writers, we need a change of scenery.

The consequences of spinning around in circles can drain the writer of their much needed energy, but there is an upside to the chaos. As a writer I chase the feeling of the 180 degree turn, or as writer Wayde Compton once called it in one of his creative writing classes, the rupture point. This is the moment in which the project takes a complete turn and stands on its head, feet flailing in the air—and you can’t help but take notice, right? And it’s not the complete absurdity of now having to rewrite the entire draft that excites, it’s that feeling in the pit of my stomach when I finally “know” what my project is, and where it is supposed to go. Its core purpose slaps me in the face. That clarity does not show itself often, which is why writers, including myself, seek it out. This (in my humble little opinion) is the chase we writers are all in for.

What can be confusing is when this rupture happens more than once in the same project. And I bring a certain level of relevance and urgency to the table because I am writing this in the midst of novel rupture number three. The first rupture occurred in 2016 while I was in the middle of a creative writing workshop, and my mentor at the time, Jen Sookfong Lee said something along the lines of “well, this is a novel” and I realized then that my story was bigger than the 8-page container I had crammed it into. The second rupture happened only months later when I realized the book was not about the carefully selected main character, James, that it was indeed about his mother Junie (fun fact, I killed James off in Draft 2). Rupture rupture.

The third rupture happened when I started working with my editor on structural edits. Her notes that encouraged and massaged the evolution of my poetic yet fragmented writing style sent vibrations throughout my body— and yes I want it to sound that dramatic, because it was. Her guidance led me right to the front door of the house I had been unknowingly looking for and building over the past five years. And because I had the right container—the custom built house, my writing took off. The thin skeletal parts of my novel started to grow into lush gardens. And when you are a slow drafter, these experiences can be incredibly uplifting and valuable.

Instead of trying to stop the wheel, or jump out of it before it crashed into a riverbank, I held on just a bit longer. These rupture points are vessels we need to ride. They can be tumultuous waves of uncertainty and clarity all at once. They act as the writing outside of the writing. The writing that delivers us safely to the side of the street where all our collaborators sit waiting. Although the multiple light bulb moments or ruptures can be confusing, I always lean into them. I acknowledge not only what they happen to be telling me in that moment, but also where they want to take me and what they want me to see, smell, and pay attention to along the way.

My novel is still in draft form, but the scaffolding (thank you Betsy Warland for this term) has been removed, and the story itself is now free-standing and able to hold weight. How much weight, I don’t know. But the best part of writing comes via the trial and error of revision and opening yourself to small and big ruptures. Sometimes as the writer, I feel like the pesky kid pushing my mother’s patience in an attempt to see how much I can get away with. But that is the freedom of exploration and excavation of possibilities. Bring on the chaos! I invite these ruptures in with every project and I find myself waiting for them at the door every single time.