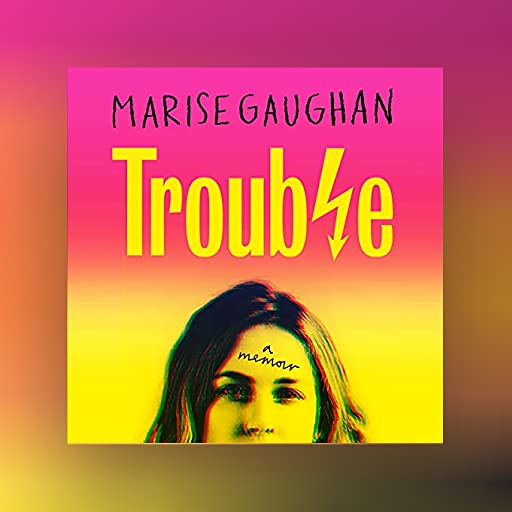 A recent development in academic creative writing programs is the rise of “Creative Non-Fiction,” a genre supposed to be fundamentally journalistic but using the techniques of fiction. At its best, this approach produces powerful magazine articles and books of intellectual inquiry. In practice, however, it leads to large numbers of recent graduates who have written a memoir about their own personal experience.

Some instructors are capitalizing on the wave of self-expression and offering courses solely about how to write a personal memoir. Often these courses carry an explicitly therapeutic secondary goal, such as “how to transform your trauma.” The rise of such programs gives the impression that there is a corresponding growth in the publishing marketplace for a meticulous reanalysis of your childhood.

I am here to apologetically tell you that there is not.

I am an acquiring editor at a medium-sized Canadian press, and I receive a lot of memoir manuscripts. They are most often stories of personal suffering: they recount a family drama, a life-threatening illness, a bereavement (often the loss of a parent), the overcoming of a disability or disadvantage, the struggle to come out as gay, a lifelong struggle with a mean mom, a long struggle with an addiction. They are undoubtedly meaningful to their authors, but I can’t imagine why anyone who doesn’t know the author personally would find most of these worth reading in their entirety. Most of them are unpublishable because they are without a point.

So in case you are thinking of writing your autobiography, here is what I usually tell aspiring memoirists about the kinds of memoir that publishers look for.

There are, I like to say, three main types of memoir:

1. Celebrity. These are the life stories of someone who is already famous for something else. These are the best-sellers, and I would certainly publish them if any celebrity came to me. Most of us are not celebrities and so this, the most popular category among readers, is sadly out of reach.

2. Unusual subculture. These are the glamorous stories of someone who did something wild: I was a Wall Street stockbroker in the 80s; I was a dominatrix; I was a professional stunt driver; I was Vladimir Putin’s translator; I designed sex toys; I was in a maximum security prison. We read these for behind-the-scenes insights, and for colourful anecdotes. (The Wall Street one we’re going to read because of the spending sprees, the hookers and the blow.) In other words, they are entertaining and sometimes escapist. They also have a journalistic element: we are going to read them for actual information about what the inside of the Kremlin looks like or how much a stunt driver earns.

There is often a crossover with celebrity memoirs among these: for example, Richard Hell’s autobiography I Dreamed I Was A Very Clean Tramp is not just a famous punk-rocker’s life story but also a document of what CBGB’s was like in the 1970s and which famous musicians were sleeping with whom.

I love these and will eagerly sign one of these if it is well-written.

3. Trauma. This is what most beginner writers are trying to write: a story of dealing with adverse circumstances. All addiction memoirs – a large and popular subgenre – fall under this heading.

Now, many of these do become best sellers. The successful ones tend to share one or two attributes. They are entertainingly written, for one. But they also usually go beyond the author’s personal story to offer some kind of lesson or moral or reflection on a societal problem. The addiction memoir for example, is a story of recovery: it explains how the sufferer overcame the addiction and it ends happily. This is useful for  people who struggle themselves or who have family members with the same problem.

In other words, there is crossover between the trauma memoir and self-help: they both aim to offer comfort, and I would argue their audiences are similar. So for your trauma memoir to resonate, it has to offer some kind of philosophizing that applies universally.

Similarly, your memoir of suffering will resonate if it leads to some kind of argument: If your loved one experienced mental illness and the mental health system was inadequate to help, your memoir should expound on what the specific issues were and what might be done to remedy them. Then it becomes an essay about a larger societal problem as well as a personal story; it takes on a universal significance.

Always remember that what happened to you personally is not necessarily going to be interesting to people who don’t know you, unless it addresses some broader question. And that what is therapeutic for you may not be saleable to a publisher. Make it therapeutic for others and you have a better chance.

There is one way around all of these limitations, of course: if you are a brilliant writer – if everything you say is eloquent and funny and clever and original and unexpected – then I will publish anything you write, no matter what category it falls into.

Since 1989 he has been a freelance journalist and cultural commentator, publishing in Details, The New York Review of Books, The Globe and Mail, The Walrus, Toronto Life, NOW, Flare, Toro, Sharp and many other journals. For 20 years he wrote a regular weekly column on the arts for the national Globe and Mail. He frequently appears on radio and television as an analyst of artistic and social trends.

An expert on language, he was the host of the popular CBC Radio One program “And Sometimes Y”, about words, language, for two seasons.

His fiction is largely contemporary in setting and satirical in tone. It has been nominated for several major awards, including the Giller Prize, the Governor General’s Award, the Rogers/Writers’ Trust Fiction Prize (twice), the Trillium Prize, the Chapters/Books In Canada First Novel Award, the City Of Toronto Book Prize, and the Danuta Gleed Award. He has twice won the National Magazine Award for fiction, and his novel Muriella Pent was selected as best fiction of its year by Amazon.ca.

He is an experienced teacher of creative writing, having taught in the MFA in Creative Writing program at the University of Guelph, and at the University of Toronto School of Continuing Studies. Several of his former students have published novels and memoirs. He has been writer-in-residence at the Toronto Reference Library and at Berton House in Dawson City, Yukon.

He is now an acquiring editor of fiction and non-fiction at Dundurn Press.