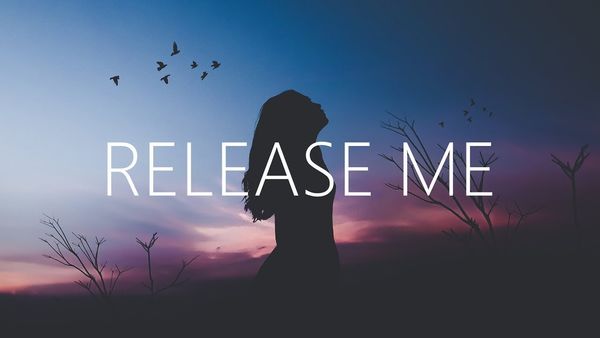 “Every moment is a fresh beginning.” —T.S. Eliot

Lately I have been thinking about the act of releasing the things in my life that no longer serve me. When I revise a piece of writing, the first thing I do is cut the dead wood. I chop the bits that I know I won’t need or that are holding back the true essence of the story. It hurts at times, but I know that it has to be done. For some of us, this is easy enough to do with our writing, but it can be a struggle to perform the same act in other parts of our lives.

A few months ago, a fellow writer whom I greatly admire, shared a story with me about her mother and her mother’s friend and their life long friendship. One day her mother casually said to her friend of many many years: “I release you.” She released her from the obligatory relationship that they were both clinging to. I had to think about the weight of that for a moment. I release you. What does it mean to let someone go, and to let them go with such grace, love, and intention? To set them free. After this conversation I was inspired to look into my own relationships in this way. Who was holding me back? Who was actually—dare I say it—rooting for me to fail?

Last month I made a decision to release a very close person from having a role in my life. I wrote them a letter detailing how I have changed and grown, and why the relationship was now taking from me vs nourishing me. And although I didn’t mail the letter, writing it was an act of acknowledgement and it helped me categorize all of the seemingly small situations that repeatedly pulled me away from my work, from my dreams. I thought hard and long about the conversation that was going to take place and how difficult it would be for me to communicate with a person who has never once truly listened to me, never heard me. So I rerouted and scrapped the idea of this conversation and instead changed the way I interacted with her. I shrunk the amount of time I gave her. I changed my tone. I reevaluated how much of myself I offered. We are both better for it. And the fact that she has yet to notice these shifts, but I feel incredibly light in this act of releasing, only validates my decision.

Why do we force relationships or hang on so tightly to things we don’t need? I’ve always been the first person to go through my closets and donate clothing that no longer fits, or toss old broken appliances, gift old books, etc. But find it difficult to do so in relationships. But this act of releasing doesn’t have to be a big event, it could even mean changing a route to work, letting go of comfort foods, or changing the way you start your day. Change is good. I am all for it.

But the question still stands: Why do we opt to stay stuck in the mud? Why do we allow ourselves to remain tethered to people or situations that cause more harm than good? When I made the decision to work in publishing, via a very non-traditional route, I knew I would have to shift the way I operated, I knew I would have to create clear and firm boundaries, and I knew that I would no longer allow folks to derail the progress I worked so hard to make. The visual of being untethered really appealed to me. I wanted to move through the world and make decisions without having to check all of the strings tied to my wrists and ankles.

We can’t assume that these changes will be painless, without the possibility of scars. How do we take care of ourselves while we make these life changes? There is indeed a layer of grief that comes from this type of loss, and it’s a valid feeling and one that needs to be taken seriously. And that was my first step. To acknowledge that grief can be connected to loss. Then, I focused on curating support and figuring out who was best to talk to about what. There is no one-size fits all person for this. And lastly, I made sure to be patient with my creative energy. These acts of releasing aren’t instant fixes. I had to be ok with a slow start back into what I considered normal for me.

I pull my draft out again and scroll through it noting all the spots that need work. I smile knowing I have the support to finish this darn thing. I think about all the goals I have for the next five years—writing and career-related—and I hold close the people who see into the future, and value the journey even though it may not fit into their own template. I will miss the people, processes, and rituals that I held on to for so long, but I am strong and confident in saying I release you.