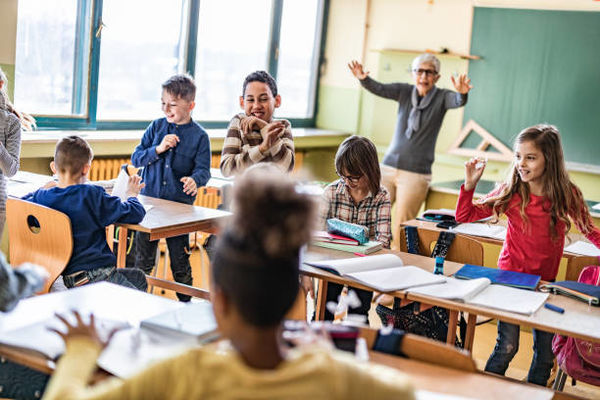 Summer is nigh, which means picnics and sunlight until 10 p.m. and swimming pools and watermelon. And it also means my kids are going to be around a lot more, and finding windows to write is going to get a lot harder.

I have spent years with my kids at home, and I admit, it is not ideal. I wish I could only write when I have childcare, but that is not always a reality for me, especially not in the summer. Day camps are expensive and childcare spots aren’t always easy to come by. I have years of not-enough childcare under my belt and am going to be leaning in hard to what I’ve learned over the years for the weeks that my kids aren’t in day camps.

I need to preface all of this by being clear that if you can’t write with your kids around, THAT IS OKAY. It does not make you any less of a writer, or any less focused or driven. Some writers can’t, and that’s okay. Lydia Kiesling’s “Fleeing Method” is a great writing strategy if you can figure out childcare and finances, and putting projects on hold until you have reliable childcare is a-okay.

I love the rhythm of working on a project—it becomes an anchor to my day. I love routine and I love schedules, and taking writing out of that makes me feel unmoored and lost. I know that before the chaos of the day begins, I need to write.

The only window I can reliably count on is the early morning. Ideally before my kids wake up, though that’s not a perfect science because one of them likes to get up early to do the Wordle and check to see if the Blue Jays won. But my mind is the clearest in the morning, before my brain gets full of to do lists and emails and kid voices. This is my writing window and even though it is rarely as long as I want it to be, I find it so helpful to know as the day gets filled up with more snack requests, and more “I’m BOOOOOREDs” that I have a window set aside for the thing I like to do most of all.

Maybe your window is in the evening, or after the kids go to bed. Whenever it is, knowing there’s a writing window in your day can be so helpful.

When my youngest was born, I had a writing friend who insisted I needed at least five hours a day to write to get anything done. This was in the early days of having two kids two and under, and no childcare, and five interrupted hours was impossible (to be honest, it is still an impossibility with my other work obligations). I wasn’t sure I’d ever have five uninterrupted hours to write, but I decided I would have to make do with what I had. And what I had was 20 minutes. It’s not ideal in the editing phase, but in the creation phase, if I set my timer, and commit to avoiding Instagram, I can get words on the page.

To ensure I use my 20-minute windows effectively (and make sure I don’t spend my precious time overthinking things), I’ve created a system I call “the jar method”. I write every scene idea I can imagine wanting to write out on tiny slips of paper, then put them in a jar. Each morning, I set my clock for twenty minutes, pull out a slip of paper and write without stopping until the timer goes off. On the days I have more time, I pull out two or three slips of paper.

I finished Letters to Amelia with the jar method, and wrote the first draft of my second novel in these 20-minute chunks. It takes a while, but if I keep at it, I know I’ll eventually have a pile of scenes that I can then start ordering and shaping into a larger narrative.

Note: This also works with prompts to generate ideas in any form.

If the time limit doesn’t work for you, you can always use a word count. (I get lazy with word counts and end up writing garbage just to be able to hit my target so I find the time limit works best for me!)

Even though I love writing and know I will be a monster of a human if I don’t, it’s embarrassingly easy for me to waste my very small writing windows. I can’t even count the Instagram rabbit holes I’ve fallen down or “imperative” research I’ve convinced myself I’ve needed to do and then my alarm goes off.

To trick myself into writing, I put on the same music—for Letters to Amelia, it was the Department of Eagles album on loop for years. Now, it’s Taylor Swift’s RED album. As soon as I hear that opening song, I know it’s time to write.

I still miss the days when my kids napped and I would write, but they don’t anymore, and though I insist on Quiet Time each afternoon (that was recently rebranded “Free Play” because it was not quiet at all!), they are often too unfocused for me to actually get inside a writing project.

Cue Space Jam. A movie (any movie, as long as it’s not scary) is a sure-fire way to a get an hour and a half of kid-free time in to write (and do other work!). I’m pretty sure I’m obligated to dedicate my next book to Michael Jordan and Bugs Bunny.

Good Mom on Paper: Writers on Creativity and Motherhood, edited by Stacey May Fowles and Jen Sookfong Lee

Send Me Into the Woods Alone: Essays on Motherhood by Erin Pepler