The City of Toronto and Toronto Public Library (TPL) have named the five 2019 Toronto Book Awards shortlisted titles. This year's shortlisted authors reflect the diversity and depth of Toronto's literary talent. Their stories, inspired by the city, will leave an indelible impression on readers.

Shortlisted authors are scheduled to read from and discuss their books at The Word on the Street book and magazine festival at Harbourfront Centre, 235 Queens Quay W., from 10 a.m. to 5 p.m. on September 22. Finalists will also participate in a reading at the Toronto Public Library (Albion Branch, 1515 Albion Rd., on September 25 at 7 p.m.).

The winner of the 2019 Toronto Book Awards will be announced on October 2 at the TPL's annual awards event, hosted by CBC Metro Morning's Matt Galloway. Members of the public are welcome to attend the Awards at the Bram and Bluma Appel Salon, Toronto Reference Library, 789 Yonge St., 2nd floor, starting at 7 p.m. Tickets are free and will be available at tpl.ca/appelsalon on September 11 at 9 a.m.

This is the 45th year of the Toronto Book Awards. Established by City Council in 1974, the awards honour books of literary merit that are evocative of Toronto. The annual awards offer $15,000 in prize money. Each shortlisted finalist will receive $1,000, with $10,000 going to the winner. This year's Toronto Book Awards Committee comprises volunteer members Sarah Hagi, Canisia Lubrin, Vicky Mochama, Damian Tarnopolsky, and Daniel Viola.

Both Mayor John Tory and City Librarian Vickery Bowles shared their thoughts on the significance of the awards and the shortlist, with Tory saying that "Each year, the Toronto Book Awards showcase the diversity and creativity of this city's writers. I encourage Torontonians to read the rich stories within these books and I congratulate all of the nominees" and Bowles noting that the "Toronto Public Library continues to be incredibly proud of this city that we live in and all the different ways that stories of Toronto are told. When I see this list filled with old friends whose work we know well right alongside writers just starting a writing career, I am humbled and thrilled that the Library has the opportunity to play a role in fostering writing and in celebrating the work of writers with this prize. Congratulations to all of the nominated writers." 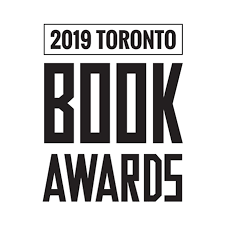 More information about the awards is available at toronto.ca/book_awards and on Twitter at @TOBookAwards and #tobookawards. The Toronto Star is the Toronto Book Awards' media sponsor.