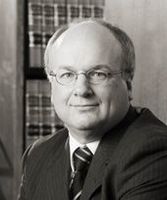 With public confidence in police forces eroded by violence and corruption, including cases like the murders of Eric Garner and George Floyd, both Black men murdered by police officers—just two examples amongst many—there's no doubt that it is time to drastically reimagine policing and its role in our communities. From calls for complete abolition to defunding or reallocating funds, cities and countries worldwide are reexamining the role of their police forces. But exactly how to move forward is a question that requires looking both back and to the future.

Enter Kent Roach's Canadian Policing: Why and How It Must Change (Irwin Law), which digs into the colonial origins of Canadian policing and the problematic relationship between police and Indigenous communities, and which charts a history right up to (and including) the February 2022 blockades and occupations.

Roach outlines practical steps to reimagine Canadian policing for a more equitable, healthier, and more accountable society, and argues against the unsustainable cost of current police budgets. Imagining a world in which community, heath, Indigenous, and social service agencies play a bigger role and the police a smaller one, Roach draws a concrete map to a Canada that prioritizes justice and equitable protection for all.

Roach, a decorated professor of law, has worked extensively on research and reporting about police forces and operations, including serving on research advisory committees for the Arar and Ipperwash inquiries and the Truth and Reconciliation Commission, and has represented Aboriginal Legal Services pro-bono in numerous cases. His writings and work on police conduct and reform have earned him several awards and honours, including appointment as as a member of the Order of Canada.

We're speaking today with Kent about Canadian Policing and his essential perspective on how to reconstruct the country's approach to police services. He tells us about how George Floyd's murder and a horrifying string of police violence events in Canada shortly after pushed him towards writing the book, why more "before-the-fact political regulation" is necessary, and what's next for his related work on wrongful convictions. 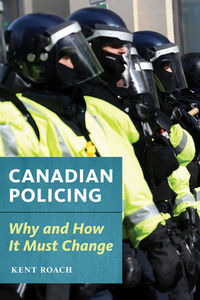 I started writing the book after George Floyd’s murder in May 2020. I devote a chapter to what happened in Canada in June 2020. It demonstrates that Canada is not as different from the United States as many Canadians think. In June 2020, the police killed Chantel Moore and Rodney Levi, two Indigenous people, and we saw the flying tackle of Chief Allan Adam and a RCMP cruiser hitting a man in Nunavut. The Peel police also killed Ejaz Choudhry when after entering his apartment from the balcony, the man in crisis and with poor English would not drop a knife. Regis Korchinski-Paquet also fell to her death and an off-duty Toronto officer was found guilty of assaulting Dafonte Miller, a young Black man who lost his eye in the encounter. It was a bloody and disturbing month.

The central question for me is what sort of policing do Canadians want? Is there a consensus on this issue and if there was is there the democratic will to implement this consensus?

As an academic lawyer I traditionally focus on judicial regulation of the police. The book discusses such regulation but I conclude in the end that, as in the United States, judicial regulation is not improving policing. It comes after-the-fact and too late. I represented Aboriginal Legal Services of Toronto in a 2001 Supreme Court of Canada that placed restrictions on strip searches. But the Toronto police largely ignored that decision for more than 15 years. We need more before-the-fact political regulation of the police while respecting that we do not want politicians to tell the police who to investigate.

I put in some access to information to the RCMP in 2020. I am still waiting for the response. I was almost finished writing when the so-called Freedom Convoy occupied Ottawa so I had to add this saga to the story. Again, the issue in Ottawa in my view comes down to governance and political will.

What do you love about writing nonfiction?

I try to tell the stories of some of the people from coast-to-coast-to coast that are affected by both over-policing and under-protection by the police. This draws on my own experience working with the Truth and Reconciliation Commission, the Ipperwash Inquiry into the police killing of Dudley George, the Maher Arar and Air India inquiries and the missing persons investigations by the Toronto police involving racialized gay men targeted by a serial killer.

A lot of nonfiction prizes and anthologies have expanded to welcome more personal nonfiction as well as strictly research-based nonfiction. What do you think of this shift within the genre?

I have tried to put a bit of myself into this book. I wanted to be a RCMP officer as a little boy but soon found out I would never be 6 feet tall, as required at the time. I have worked on court cases and inquiries involving the police and ridden around in squad cars. Our personal experiences impact us even if we try our best to understand the position that others—women, racialized and Indigenous people, sexual minorities, and the unhoused—find themselves in.

It was the debates after George Floyd’s murder in May 2020 that started the book. I had worked on various aspects of policing for over 35 years but the George Floyd moment felt different and I thought now was the time to collect all my thoughts on policing. At the same time, I am disappointed that there has not been fundamental change since that time.

Kent Roach is a professor of Law at the University of Toronto. He formerly served as law clerk to Justice Bertha Wilson of the Supreme Court and as director of research to numerous inquiries and reviews, including the Commission of Inquiry into the Bombing of Air India Flight 182 and the Independent Review of the Toronto Police’s Missing Persons Investigations that resulted in the Missing and Missed Report (2021) by Justice Gloria Epstein. He also served on the research advisory committees for the Arar and Ipperwash inquiries, which both involved a review of police conduct. He wrote expert reports on police-government relations for Ontario’s Ipperwash Inquiry and Quebec’s Inquiry into the Protection of Journalist Sources. He has served on the expert panels convened by the Canadian Council of Academies that produced Policing in the 21st Century: New Policing for New Challenges (2014) and Towards Peace, Harmony and Well-Being: Policing in Indigenous Communities (2019). He was volume lead for the Truth and Reconciliation Commission’s volume five on the legacy of residential schools for Indigenous people. Acting pro-bono, he has represented Aboriginal Legal Services in a number of Supreme Court cases, including R v Gladue on sentencing and R v Golden on police powers. He is the author with Craig Forcese of False Security: The Radicalization of Canadian Anti-Terrorism, which won the 2016 Canadian Law and Society book prize. His book Canadian Justice Indigenous Injustice: The Gerald Stanley and Colton Boushie Case was short-listed for 2019 Shaughnessy Cohen Prize and his Due Process and Victims’ Rights and The Supreme Court on Trial were both shortlisted for the Donner Prize. He was elected a Fellow of the Royal Society of Canada in 2002, appointed as a member of the Order of Canada in 2015, and was awarded the Molson Prize for contributions to the social sciences and humanities in 2017.

Canadian Policing: Why and How It Must Change

Canadian Policing: Why and How It Must Change is a comprehensive and critical examination of Canadian policing from its colonial origins to its response to the February 2022 blockades and occupations. Police shootings in June 2020 should dispel any complacency that Canada does not face similar policing problems as the United States, and a vicious circle of overpolicing and underprotection plagues many intersecting disadvantaged groups. Multiple accountability measures — criminal investigations, Charter litigation, complaints, and discipline — have not improved Canadian policing. What is required is more active and proactive governance by the boards, councils, and ministers that are responsible for Canada’s police. Governance should respect law enforcement independence and discretion while rejecting overbroad claims of police operational independence and self-governance.

Even before pandemic-related deficits, the costs of the public police were not sustainable — these budgets require fundamental change without expansion. Such change should include greater service delivery by more expert and cost-effective health, social service, and community agencies. Indigenous police services — unfortunately, Canada’s only chronically and unconstitutionally underfunded police services — can also play a positive role. To that end, Canadian Policing: Why and How It Must Change offers concrete proposals for reforms to the RCMP, use of force policies, better community safety plans, and more democratic policing.