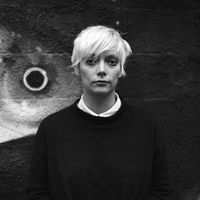 Every year, one editor is tasked with finding the very best short stories from Canadian writers. It's a daunting challenge, given the wealth of great short fiction in Canada, but one that has turned out nearly fifty years of the annual Best Canadian Stories anthologies (originally published each year by Oberon Press, now published by Biblioasis). Over the decades, the country's best writers have appeared in those pages, sometimes well before they became household names.

This year the mantle has appropriately been passed to Giller Prize nominated writer Paige Cooper, whose debut collection Zolitude was universally praised for its innovation, stunning prose, and utter fearlessness. We're excited to talk to Paige today about Best Canadian Stories 2020 (Biblioasis), her iteration of the classic anthology, with contributions from Lynn Coady, Eden Robinson, Souvankham Thammavongsa, and many more.

Paige tells us about the logistics of running a country-wide search for the very best stories, how (and why) great stories contain "blank space", and the challenging, exciting takeaway she hopes for on behalf of each reader of the anthology.

Tell us about the new collection and how you became involved with it.

Best Canadian Stories has a long and illustrious history, I’m told, which stretches back 50 years, often under the guidance of John Metcalf. A few years ago Biblioasis took over stewardship of the series from Oberon Press, and began inviting annual guest editors to helm it. I think I’m the third in that vein. I agreed out of vanity and naivete. Wait, that’s glib. I agreed because reading a story in an anthology once affected me so much that from a certain angle I owe the last eight years to that story.

I read everything I could find: Biblioasis sent me a box of paper journals, I read the online litmags I know and love, and then, because the lines are so blurry as to what constitutes “Canadian” I tweeted a request for people to send me their favourite story published in 2019, which meant I saw a lot of stuff I wouldn’t have, otherwise. I read it all. I solicited, or attempted to solicit, a few different pieces from writers I admire. (The ones who denied me know who they are.) I made a concerted effort to read Francophone work in translation, and many people helped me with that.

Very early on I made a spreadsheet (my favourite type of electronic document) where I tried to sort out what I care about in a story. I had imagined it would be easy to identify what I liked, as if there could be some objective formula (calculated sentences + surprising choices + drowning in black waves of feeling) but I was confronted with many stories that I should’ve liked, by my own criteria, yet didn’t. Meanwhile, stories that I resisted vigorously would end up moving me against my will (i.e., sobbing in bathtub.) So, yes, if I accepted the job out of vanity, I was chastened and humbled. I ended even less able to describe what is objectively and generally “good” in a short story. A short story is not a foxhound or an economy or an Olympic figure skater. A short story is a temperature. A cloud.

I think all of the pieces are aware of and concerned with the unknowable, in one way or another, and they leave a gracious amount of blank space for what mortal life, and maybe art, can’t hold.

I also think each writer is pushing at the limits of what they can handle, in their work, whether that’s emotionally or formally. All of these stories have a sense, for me—though obviously I have no idea, just a lot of respect—of the price that was paid in order to write them. I do hope this anthology acknowledges some of the brutal labour involved in skinning yourself alive and laying your twitching organs out for a quantity of critical strangers.

The question I can’t answer, and am fairly uninterested in answering, is the titular one, unfortunately: something about the state of the “Canadian” short story. I’m grateful for that particular constraint only in the sense that I’m glad I didn’t have to read every story in the world from 2019. But as far as the idea of a national or nationalist literature goes—well. I’m not convinced.

And if readers end up with a “takeaway,” I hope it’s that one of these stories touches them so intimately and brazenly that reading it crumbles the edifices of comfort and denial and forces them to cease with trivial futzing and do what they were meant to do with the rest of this brief, measly life.

The greatness is in the individual stories, and their alchemical reaction with whatever brew of emotion and experience exists in each reader. I’m not one for artificial links or themes. I’d rather go in the opposite direction, loosen the knit. Our giant nubbly brains are more than capable of filling in the gaps, and will do so in a much more interesting way than I could ever engineer.

A novel that is proceeding at a mortifying pace because I keep writing short stories, instead.

Paige Cooper is a freelance copywriter and the author of the short story collection Zolitude, which was nominated for several prizes, including the Giller and the Governor General’s Award. She grew up in the Canadian Rockies, went to the University of British Columbia, and got a Master of Library and Information Studies at Dalhousie. Her stories have appeared in magazines like West Branch, Canadian Notes & Queries, Michigan Quarterly Review, and The Fiddlehead, among others. She is the editor of Best Canadian Stories 2020.

“Like meeting a stranger, much of the pleasure of a story is its unknown power,” writes Best Canadian Stories 2020 guest editor Paige Cooper. “The right story, at the right time, if you happen to be open to it … can perhaps move you so far outside of yourself that you will not consider going back.” From Festival du Voyageur to the shores of Lake Erie, Tbilisi to Toronto, the Amisk River to a hotel-turned-hospital in the midst of a mysterious pandemic, this wide-ranging anthology brings together the real and the speculative, small towns and big cities, grief and humour, introducing readers to stories that startle us into new understanding—of ourselves and each other, the worlds we inhabit and the ones they help us to imagine.