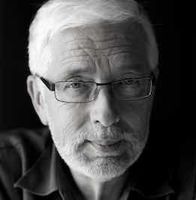 At the opening of Antanas Sileika's Provisionally Yours (Biblioasis), Justas Adamonis is returning to his hometown. It's not a simple and happy homecoming though - Justas is a former counterintelligence officer, Czarist Russia has just collapsed, and his parents have died during his time away. All he has left is a sister who he hasn't seen since she was a teenager.

Before he can make sense of any of it, the newly established government comes calling, eager to have Justas's experience on their side. Even a revolution hasn't change the constant undercurrent of the region's politics though, and Justus is plunged back into it - corruption, betrayal, and danger.

We're very excited to welcome Antanas Sileika to Open Book today to talk about his rich, complex, compelling historical novel as part of our It's a Long Story interview for novelists. He tells us about writing "the James Bond of Lithuania", finding the novel's ending in an unexpected place, and the epigraph he chose (and its connection to The Grand Budapest Hotel).

My inspiration, the voice that snagged me, came from the memoir of the James Bond of Lithuania. He was the chief of counterintelligence from 1921 to 1923, a certain Jonas Budrys, a survivor of the Czarist White Army now trying to create and protect a tiny new state while being pressured by Russia, Germany, Poland, and France to accede to their interests.

I go trolling for voices among old biographies, memoirs, and histories from my parents’ and grandparents’ Lithuania, a place mostly unknown here in Canada, and thus remote and somewhat exotic to us.

Jonas Budrys’s voice was vivid and lively. He was something of an adventurer, a man who liked fast cars, expensive restaurants, and beautiful women. Once I had assimilated his character, I went looking for other voices and found the memoir of the owner of a manor estate, that of a retired general, and that of a peasant fresh in town from the countryside. Once I had enough voices together, I began to write the novel for them. I used some of the incidents from their memoirs and I created others in order to weave these characters, increasingly fictional, into a narrative tapestry with real coherence.

Jonas Budrys wanted to create a new, better world following the collapse of the old, rotten empires after WW1. He wanted clean and honest government and a safe haven for his people, but he found he had to work with humans, whose weaknesses, including his own, often lead to intrigue and corruption.

As it stood between Germany and Russia (or The Soviet Union), Lithuania found itself between a hammer and an anvil and sparks often flew there. The novel I wrote was inspired by the dramatic stories of individuals trying to prevail in that dangerous place.

I wrote without knowing how the novel would end. Strangely, about halfway in, I was seized to write a long chapter set in a country manor house of the fading Polish gentry. I loved the setting of the old estate filled with a collection of butterflies and stuffed animals, with ancient junk vehicles in the carriage houses and random hunting dogs roaming rooms lit by oil lamps. And their owner was an amateur biologist trying to modernize his life and his outlook, to shake off the ancient past.

I wrote about this man and this place but, but did not know if I would ever use them, or even keep the chapter. But as I stumbled toward the end of the book, I discovered the climax lay in this very unpremeditated chapter I had written impulsively and blindly. My subconscious must have been at work because my conscious mind had no idea what I was doing at the time.

My favourite characters tend to be eccentrics who stand somewhat apart from the main ones. They are something like fools who comment on the action and speak a truth that no one else recognizes. In this case, I had a very old man in a sheepskin coat that stank of smoke because he sometimes lived in smokehouse chimneys. He was a former boy serf who worked for food and tips, but his sense of nation-building was eccentric and vastly at odds with the interests of everyone else.

It is an espionage novel about slippery morality in the manner of Graham Greene, written about a place far away at a time long ago.

I dare not celebrate until the book launch because I never know when I am done. This novel took ten drafts. I could have bankrupted myself drinking champagne each time I thought I was finished.

Upon finishing a draft, I would go through moments of elation, followed by the secure knowledge the piece was excellent. Over the following weeks or months, a little doubt would creep in and a trusted reader or later, editor, would shatter my hopes. I would be downcast for a while and then I would return to the text and start again. Until I reached the final draft, I kept experiencing the famous quote from Beckett that is very much in the air today: Ever tried. Ever failed. No matter. Try again. Fail again. Fail better. Luckily for me, failing better kept on happening until I succeeded in writing a draft that satisfied my editors and me. Of course now, many moths later, I wonder if I shouldn’t have given it one more go.

To a boy named, Felix, my grandson. I have written about the past, hoping it might be of interest in the future.

Yes, I chose this from Stefan Zweig:

Only the person who has experienced light and darkness, war and peace, rise and fall, only that person has truly experienced life.

Zweig is very much a Mitteleuropa writer, from a place where murderous armies rampaged and irony reigned supreme – he was the inspiration for the film, The Grand Budapest Hotel, and I wanted to have some of that flavour in this novel, the atmosphere of a small, distant European place where the characters on my stage had to undergo pressures unimaginable to us here in the west.

Antanas Sileika is the author of five books of fiction and a memoir. He has been short-listed for the Toronto Book Award and the Leacock Medal for Humour as well as long-listed for Canada Reads. His work has twice been chosen as among the Toronto Globe and Mail’s best books of the year and received two stared reviews in Quill and Quire. He was the director of the Humber School for Writers for fifteen years before retiring to devote more time to his own writing.

After the collapse of Czarist Russia, former White counterintelligence office Justas Adamonis returns to his hometown in a fragment of the shattered Empire, not entirely sure what he’ll find. His parents are dead, he hasn’t seen his sister since she was a teenager, and Kaunas has become the political center of the emerging state of Lithuania. He’s barely off the train when he’s recruited back into service, this time for the nascent government eager to secure his loyalty and vast experience. Though the administration may be new, its problems are familiar, and Adamonis quickly finds himself ensnared in a dangerous web of political corruption and personal betrayal.