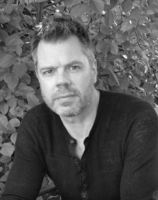 For more than 45 years, the most interesting, innovative, and memorable short stories of the year have been collected in Best Canadian Stories, with a list of past contributors that includes the likes of Mavis Gallant, Alice Munro, Rohinton Mistry, and Margaret Atwood.

We had the opportunity to speak with Russell about the daunting process of assembling the collection. We're excited to share his experiences and advice here today, including the high and low points of reading very nearly every short story published in Canada over an 18 month period, the reason why a variety of tones is important in an anthology, and the similarities between building a house and constructing a story.

Tell us about you’re the new book and how you became involved with it.

Best Canadian Stories is a series that has been going for 47 years. John Metcalf – my first editor and literary mentor – had been compiling it for I think 18 of those. He has decided to take a well-deserved rest from it, and the publisher, Biblioasis, will be choosing a different guest-editor every year from now on, and they asked me to be the first new one. I have published two books of short stories myself and I love the genre.

I did my best to read every piece of short fiction published in a journal – either online or in print – in 2017 or the first half of 2018. Biblioasis gathered the print journals and sent them to me in a convoy of huge boxes. I found the online ones myself. (I may have missed some of the very obscure online ones. I didn’t have an assistant in this.) I also read Canadians who had published fiction in foreign magazines that year – in Wired, Granta and the Atlantic, for example – and I read all the writers who were shortlisted for short-fiction awards such as the Journey Prize or the Canadian Magazine Awards for Fiction. I also solicited unpublished pieces from writers I admired, and I put out a call for submissions on social media. I read solidly for several months. I was looking for excitement in writing style, for wit and playfulness, for unexpected insights, and for gripping what-will-happen-next stories. I wanted to represent the great diversity of form and setting in Canadian fiction – I didn’t want a bunch of stories that all resembled my own writing or that all fit a conventional mould.

They are extremely varied. The settings range from classrooms to a fish farm to an indigenous reserve to post-war England to another planet to a human stomach. The styles range from voluble and rambling to minimalist. One story is in emails; one was written with the assistance of sophisticated artificial intelligence. I aimed to represent the diversity of formal play going on.

I did most of the reading in the High Park/Roncesvalles library in Toronto, which is a lot more genteel than my own local library (Parkdale). Really all I need to work is an absence of shrieking paranoiacs. I love Parkdale but a shelter for the mentally ill is not the best workspace.

When I write I sit hunched over my computer in my tiny study crammed with books and papers and my son’s elaborate soccer diagrams and team lists. It is quite infernal. I drink a lot of coffee and I listen to repetitive, wordless electronic music. I shout a lot to myself, often offensively. I can’t have roommates.

What do you do if you're feeling discouraged during the writing and editing process? Do you have a method of coping with the difficult points in your projects?

There were moments, after reading several identical Canadian stories in a row – stories often set in kitchens in small towns or suburbs or farms, in which people looked out at the snow and felt too daunted to go on – when I admit to feeling disheartened myself. I would simply have to do something else for a while. Tight deadlines, though, are a great antidote to this malaise.

When I am writing my own fiction I often find that I blast through a first draft with élan and then I stall when it comes to fixing the flaws that I then find on re-reading it. It just seems exhausting to re-enter it. This is the most dangerous point – the point at which one is most in danger of abandoning the project. I admit to letting months go by before attempting a second draft.

When I do that I start by writing a document titled "Builder’s Deficiencies" in which I list all the flaws with the narrative. It usually consists of a number of things that must be added – just like the list one presents to the builders when buying a new condo. Then I just go through them systematically.

A great anthology does not have a sameness of tone. Every new piece should be surprising. I love old mildewed high-school short story anthologies with titles like Fifty Great Short Stories -- with a Poe story and a Maupassant and a Chekhov, and The Lottery and Hills Like White Elephants and Bartleby the Scrivener and all those chestnuts (and maybe a John Barth and a Donald Barthelme for modernity). I love comparing the styles of the different eras.

I am working on a screenplay about campus sexual politics. I have a pornographic s/m thriller novel written under a pseudonym that I am currently shopping around. It is Fifty Shades of Grey meets Girl With The Dragon Tattoo. I will not be around for interviews when that one comes out.

Russell Smith is the author of seven works of fiction. A well-know journalist and cultural commentator, he has been a CBC radio host and remains a Globe & Mail columnist. He lives and writes in Toronto.

Now in its 48th year, Best Canadian Stories has long championed the short story form and highlighted the work of many of the writers, throughout their respective careers, who have gone on to shape the Canadian literary canon. Caroline Adderson, Margaret Atwood, Clark Blaise, Lynn Coady, Mavis Gallant, Zsuzsi Gartner, Douglas Glover, Steven Heighton, Isabel Huggan, Mark Anthony Jarman, Norman Levine, Rohinton Mistry, Alice Munro, Leon Rooke, Diane Schoemperlen, Russell Smith, Linda Svendsen, Kathleen Winter, and many others have appeared in its pages over the years and decades, making Best Canadian Stories the go-to source for what’s new in Canadian fiction writing for close to five decades. A continuation of not only a series, but a legacy in Canadian letters.