There's a reason the Writers' Trust Gala has been a highlight of the literary calendar for so long: not only is it a chance for writers to shed their writing-at-home soft pants and crumpled teaching blazers in favour of full on black tie, it's an entire evening devoted to celebrating the love of books and writing.

More than 400 donors and guests attend each year and the event raises more than $250,000 for the important initiatives of the Trust, which include literary awards in all genres; a writers' retreat in the Yukon; an emergency fund for writers in financial distress; and much more. This year's event will be hosted by CBC's Steve Patterson at the Four Seasons Hotel in Yorkville on November 13.

We've asked three of the distinguished guest authors invited to the gala to dish on the details, from what they're wearing to their latest books, which will be given as gifts to their tablemates.

Hear from Rich Donovan, author of Unleash Different: Achieving Business Success Through Disability (ECW Press),  Kim Moritsugu, author of The Showrunner (Dundurn Press), and Paul Vermeersch, author of Self-Defense for the Brave and Happy (ECW Press) on who brought some literary hustle to a past table (and got a gig out of it!), who's considering rocking some silver boots, and the Canadian author they'd each most like to hang out with at a gala table.

Yes, this is my first time attending the Gala.  I am looking forward to starting to learn what makes the community of Canadian writers’ tick. 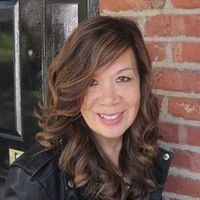 My favourite – also most embarrassing – memory of a Writers' Trust gala is from the time when I was seated between the editor-in-chief of a national magazine and a national TV news anchor. (I have no idea how I rated such prime table placement that year, but thanks, Writers' Trust!) Over dinner, with the encouragement of the news anchor, I haltingly pitched the editor a pop culture personal essay idea. The editor was interested, and a few months later my piece ran in the magazine. I'd like to say that was the start of my lucrative magazine-article-writing side career, but this is non-fiction, so no, that didn't happen. It was a sweet one-time gig, though.

This is my first time attending the gala. As I have never been very good at sports, I am most looking forward to wearing a medal around my neck, to see how it feels. 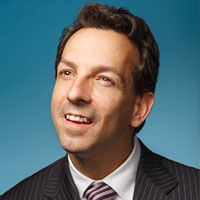 Unleash Different is an exposé of the global disability market and what companies can do to earn profits by delighting people with disabilities as customers and employees. I leverage my own experience as a successful Wall Street trader and entrepreneur with a disability to illustrate how disabilities impact people around the world.

My most recent book, The Showrunner, is a darkly humorous Hollywood-noir work of suspense about three ambitious women working with and against each other in TV production. If you've ever worked in a competitive, back-stabbing office environment (and who hasn't?), experienced generational tension, or watched a TV drama (of course you have!), this novel is for you. It's currently being developed for television by White Pine Pictures.

It seems that western civilization has reached its apex and its collapse is underway. Fascism is resurgent. The pillars of democracy – universal suffrage, birthright citizenship, representative government, public education, and the free press – are under attack by a global capitalist world order that has run amok and is hellbent on enriching and empowering itself at all costs. The results of this Great Regression will be a series of humanitarian and environmental crises hitherto undreamt of. But hope is not lost. My book is a survival guide for the Dark Age that lies ahead.

Open Book:
What will you be wearing to the gala?

My tux – if the pants still fit.

It'll be a game-time decision, but something in blue velvet, worn with cowboy boots, is under consideration. That, or an ensemble in basic witchy black. 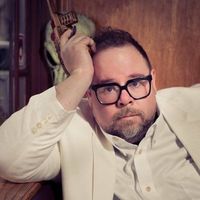 I was told it should be black tie. If there is a choice, I might prefer a raspberry ultrasuede sport coat with blue jeans and silver boots, or a space suit.

I’m a big fan of Chris Hadfield. I’d ask him if he could take me up to experience a max G turn.

I'd like to sit with prolific author Louise Penny, so I can quiz her on how she manages to produce successful, popular, and high quality work at the impressive pace that she does. I'll have what she's having!

Douglas Coupland. I’d like to collaborate with him on designing a futurist theme park.

Rich Donovan is Founder/CEO of The Return on Disability Group and is an expert on the convergence of disability and corporate profitability. He has been named one of the Top 50 Most Influential People with Disabilities in the world. Rich holds an MBA from Columbia Business School. Rich lives in Toronto, and is an avid sailor and proud parent of his son, Maverick, along with his wife, Jenn. Rich also happens to have cerebral palsy.

Kim Moritsugu’s six previously published novels include The Glenwood Treasure(shortlisted for the Arthur Ellis Best Crime Novel Award), The Restoration of Emily(serialized on CBC Radio), and The Oakdale Dinner Club. She recaps TV shows online as The Hungry Novelist and lives in Toronto.

Paul Vermeersch is a poet, professor, artist, and editor. The author of five previous collections of poetry, including The Reinvention of the Human Hand, a finalist for the Trillium Book Award, and Don’t Let It End Like This Tell Them I Said Something, he teaches in the Creative Writing & Publishing program at Sheridan College and is senior editor at Wolsak and Wynn Publishers where he runs the Buckrider Books imprint. He lives in Toronto.