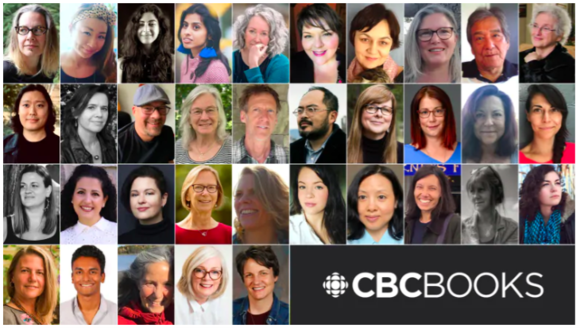 Yesterday CBC Books announced a whopping 35-writer longlist for the CBC Nonfiction Prize. One of three literary awards run by CBC (in addition to a poetry and a short fiction award), it's one of the most prestigious prizes in the country for a single piece of writing. Past CBC Literary Award winners include the likes of Michael Ondaatje and Carol Shields, and more recently, new generation CanLit stars like Amy Jones and Becky Blake.

The prize is presented in partnership with the Canada Council for the Arts, who sponsors the $6,000 grand prize, and the Banff Centre for Arts and Creativity, where the winner receives a two-week residency. On September 24, the shortlist will be announced.

Notable on the list is Sheila Brooke of Gabriola Island, B.C., who had two stories selected. As well, acclaimed authors Kevin Chong and Adrienne Gruber, both based in Vancouver, each have pieces on the list. All entries are judged without identifying information about the author.

Because of the uniquely high volume of entries, CBC uses a team of specially selected readers to narrow the submissions (which clocked in at 1,700 this year, down somewhat from last year's 2200) down to the longlist. From there, the jury - comprised of authors Yasuko Thanh, Bill Gaston, and Robyn Doolittle - will select both a shortlist and a final winner.

You can read all the nominated pieces on CBC Books' website via the links above, and the winner of the CBC Nonfiction Prize will be announced on October 1.