After a lively first day in which (final spoiler alert!) Jessica J. Lee's Two Trees Make a Forest was voted off despite a robust defence from singer-songwriter Scott Helman, the panellists for CBC Canada Reads assembled to debate again this morning. 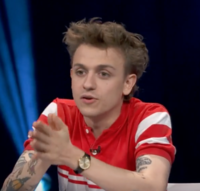 Lacking a studio audience and spaced six feet apart rather than gathered around the iconic Canada Reads table, the panellists were energized despite the COVID safety measures, and came out swinging.

After welcoming the panellists back, host Ali Hassan kicked things off by having Paul Sun-Hyung Lee, defending Hench by Natalie Zina Walschots, give a defence of his pick. Lee was passionate and especially complimentary of Walschots' literary chops. He was soon called to defend the book though, as the debate moved to a discussion of whether the nihilism of Hench is a challenge to the reader or a missed chance to find a way, even in a complex landscape, to discover the positive. 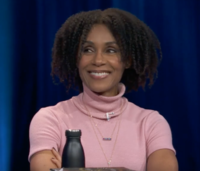 The next book up for debate was The Midnight Bargain by C.L. Polk, defended by Rosey Edeh. The discussion there focused largely on whether The Midnight Bargain was too overt and inconsistent in its themes and characterization. Devery Jacobs gently dinged the book for being, at times, repetitive, while Roger Mooking questioned the plausibility of a major decision by the book's protagonist. 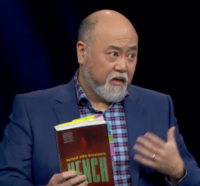 With two titles discussed, the panellists got a short break in the form of video messages of support from former Canada Reads winners. Olympian Clara Hughes (who previously defended Lawrence Hill's The Illegal to victory in 2016) sent her best wishes to her former teammate, Rosey Edeh. TIFF Artistic Director Cameron Bailey (who defended the 2015 winning book, Kim Thúy's Ru) threw his support behind Devery Jacobs, who is a filmmaker. Last year's winner, actress Amanda Brugel, who stars with Paul Sun-Hyung Lee on Kim's Convenience and defended We Have Always Been Here by Samra Habib, supported her colleague. Lee, whose show is entering its fifth and final season, was visibly moved, wiping tears away during Brugel's video message. Lastly, Shad, who shepherded Carmen Aguirre's Something Fierce to victory in 2012, offered a sweet message of support for Roger Mooking. 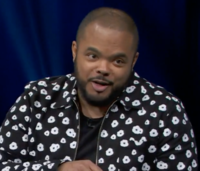 Returning to the debates, Devery Jacobs began her defence of Joshua Whitehead's acclaimed Johnny Appleseed. She found an ally in Lee, who offered some very minor criticisms but mainly praised the novel, going so far as to say he wanted his children to read it and wished it could be taught in schools. Edeh praised Whitehead's writing but noted she felt like an "observer", confronting a "barrier" as a reader. Helman was unreserved in his praise for the book, noting in particular the positive and empowered depiction of sex work in the Johnny character. 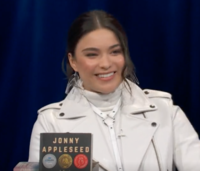 The final book discussed was of course the fabulously-titled Butter Honey Pig Bread by Francesca Ekwuyasi, defended by Mooking. Adeh said she found herself "wanting more" despite relating deeply to the characters. She noted how amazed she was that the novel was Ekwuyasi's first book, but also mentioned her fatigue with seeing a "beautiful Black body being decimated by such horrible tragedy". Lee mentioned that stylistic choices, including alternating viewpoints, brought him a bit out of the reading experience, despite praising the book's "technical prowess".

Soon enough it was time to vote, and the Day Two votes fell as follows:

Adeh was graceful in defeat, saying she felt "invigorated and so grateful" and calling C.L. Polk "a treasure".

Stay tuned to Open Book for more Canada Reads news this week! The debates for days three and four are available on are available on YouTube, Facebook, CBC Gem, and the CBC website, as well as CBC Radio One, as are the recordings for days one and two.