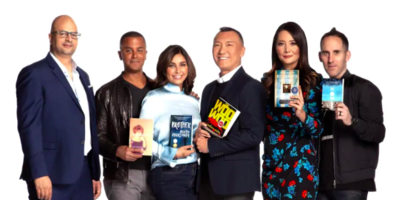 Today CBC revealed the celebrity panelists and chosen books for the 2019 edition of the Canada Reads debates.

As previously announced, comedian Ali Hassan will return for a third year as host. This year's theme is "one book to move you".

The bump in sales the shortlisted books enjoy each year has come to be known as the "Canada Reads effect" and is one of the biggest boosts a Canadian book can receive.

Stay tuned to Open Book for coverage of the debates in March!