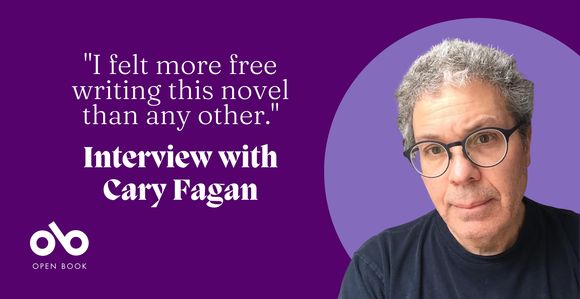 In Cary Fagan's The Animals (Book*hug Press), the facade of Dorn's village is peaceful and perfect, making it a popular, quaint tourist destination. But for Dorn, the cheerful exterior hides torment. He's pushed around by his withholding father and his arrogant brother, and he pines from afar for a local schoolteacher named Ravenna.

Things change though when Dorn receives a strange, anonymous commission for his miniature model business, and increasingly bizarre happenings take place. First the government announces a program, called the "Wild Home Project", that brings woodland animals—including minks, otters, and even bears and wolves—to live with locals in their houses. Then Dorn finds a body in a park, before a suspicious fire breaks out, and Dorn, breaking from his timid ways, finds himself suddenly cast in the role of hero to the surprise of all around him.

Fagan is a wildly—no pun intended—creative writer, and The Animals is packed with earned and delightful surprises, with Dorn as an anchor who remains relatable and complex through even the oddest of situations. Part fairy tale, part Charlie Kaufman-esque genre bender, it's a novel that simmers under its own surface in the best way, packed with wit and heart as it explores the truth of human connection and finding one's place.

We're wrapping up our interview calendar this year with an interview with Cary (though stay tuned for one more special post before 2022 is up), because The Animals is one of the most exciting novels of the year. He talks to us about the process of writing it, telling us about what it was like inventing Dorn's village after years of writing realist settings, sharing insight about the author character who popped unexpectedly into the book's narrative (including who she isn't based on), and explaining his dedication—one that might inspire a few detectives-type readers. 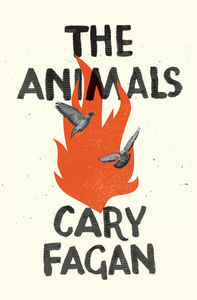 We were spending some time in New York, where my wife Rebecca was teaching a course at N.Y.U. I was going to cafés to work and had finished the draft of a kid’s book. What to do next? Suddenly the idea for this book—an unnamed village, a program to bring wild animals into people’s houses—came to me like a bolt. I bought a new notebook and began to write an outline. The scenes came quickly, one after another, and the outline was more like a proto-draft. I couldn’t wait to actually sit down and write it.

Until this novel I’ve always used very realistic settings, usually Toronto but also New York, Berlin, and other cities as well. But this time I not only invented a village but also the country that it is set in. Being a big city person, I wanted to imagine life in a small place, where everyone knows each other and which I imagined to be both comforting and claustrophobic. And since the country is unidentified, I could imagine the culture, the food, all those sorts of details. Yet I wanted the reader to believe in the place’s existence. It was rather fun.

Oh yes, but isn’t that always the case? Endings are bound to change once you actually get there, knowing now what has come before. In this case there’s an animal that is present earlier in the book but wasn’t there at the end until I did my final revisions. There’s also a meeting between the main character and the woman he loves, after a long absence, and I played with it a lot to get the nuance right, to make the meeting both ambiguous and satisfying.

I didn’t know when I started writing that there would be an author in the book, a woman named Horla who writes very difficult books that are the darling of critics but not of her fellow locals. She’s a strong, upright, white-haired woman who walks about carrying a staff. One of the reviewers (who’s take on the book I otherwise liked) suggested that she was a Margaret Atwood type. Not at all! She’s refuses to give interviews or publicize her books in any way, she cares not a whit for her audience, she writes very slim books. I loved writing about her.

Absolutely none! My previous novel, The Student, was set in 1950s Toronto and I did quite a lot of research. Here I allowed myself to be absolutely free. I know that I was influenced by Scandinavian and Japanese novels in particular, but I didn’t think about it too much or go back and look at them.

I dedicated this novel to an undergraduate professor of mine, Frank W. Watt, from whom I took my one and only creative writing class in 1978. Frank was extremely encouraging and even arranged for me to win a new university writing award. We were in touch just a few years ago but now, unfortunately, I can find no trace of him. Still, I’m very glad to have a chance to thank him.

For me, every novel is a unique writing experience. You learn a lot each time but that doesn’t mean you can use that knowledge again. It’s a new set of problems every time. But over the years I have learned to be freer and more instinctive, to just let the writing flow from day to day, to let one idea generate another, to follow up a scene with a later one that you don’t expect to write until the moment you get there in the manuscript. I’d say that I felt more free writing this novel than any other.

Cary Fagan is the author of eight previous novels and five books of short stories, including The Student, Great Adventures for the Faint of Heart, and A Bird’s Eye. He has been nominated for the Scotiabank Giller Prize, the Writers’ Trust Fiction Award, the Governor General’s Literary Award for Fiction, and has won the Toronto Book Award and the Canadian Jewish Book Award for Fiction. He is also an acclaimed writer of books for children, having won the Marilyn Baillie Picture Book Award, the IODE Jean Throop Book Award, a Mr. Christie Silver Medal, the Joan Betty Stuchner—Oy Vey!—Funniest Children’s Book Award, and the Vicky Metcalf Award for Literature for Young People. Fagan’s work has been translated into French, Italian, German, Dutch, Spanish, Catalan, Turkish, Russian, Polish, Chinese, Korean, and Persian. He still lives in his hometown of Toronto.

In a quaint tourist village, Dorn makes miniature scale models displayed in the local shops. Yet life is far from idyllic; he suffers under the thumb of a rich, philandering younger brother and an unloving father, and cannot find the courage to admit his love to Ravenna, the ungainly schoolteacher.

Life takes a strange turn when the government-sponsored “Wild Home Project” is introduced and wolves, rats, minks, otters, and bears move into villagers’ homes. Soon, Dorn receives a mysterious commission, finds a body in a park, and has several run-ins with a former classmate-turned police officer. When fire breaks out, Dorn takes on the unlikely role of hero in the hope of changing the course of his life.

A realist novel with the air of a fairy tale, The Animals is a surprising, funny, and thought-provoking story that explores the nature of relationships faunal and human, and reminds us of the challenges of finding one’s place in society . . . and that living with a wolf is not a very good idea.