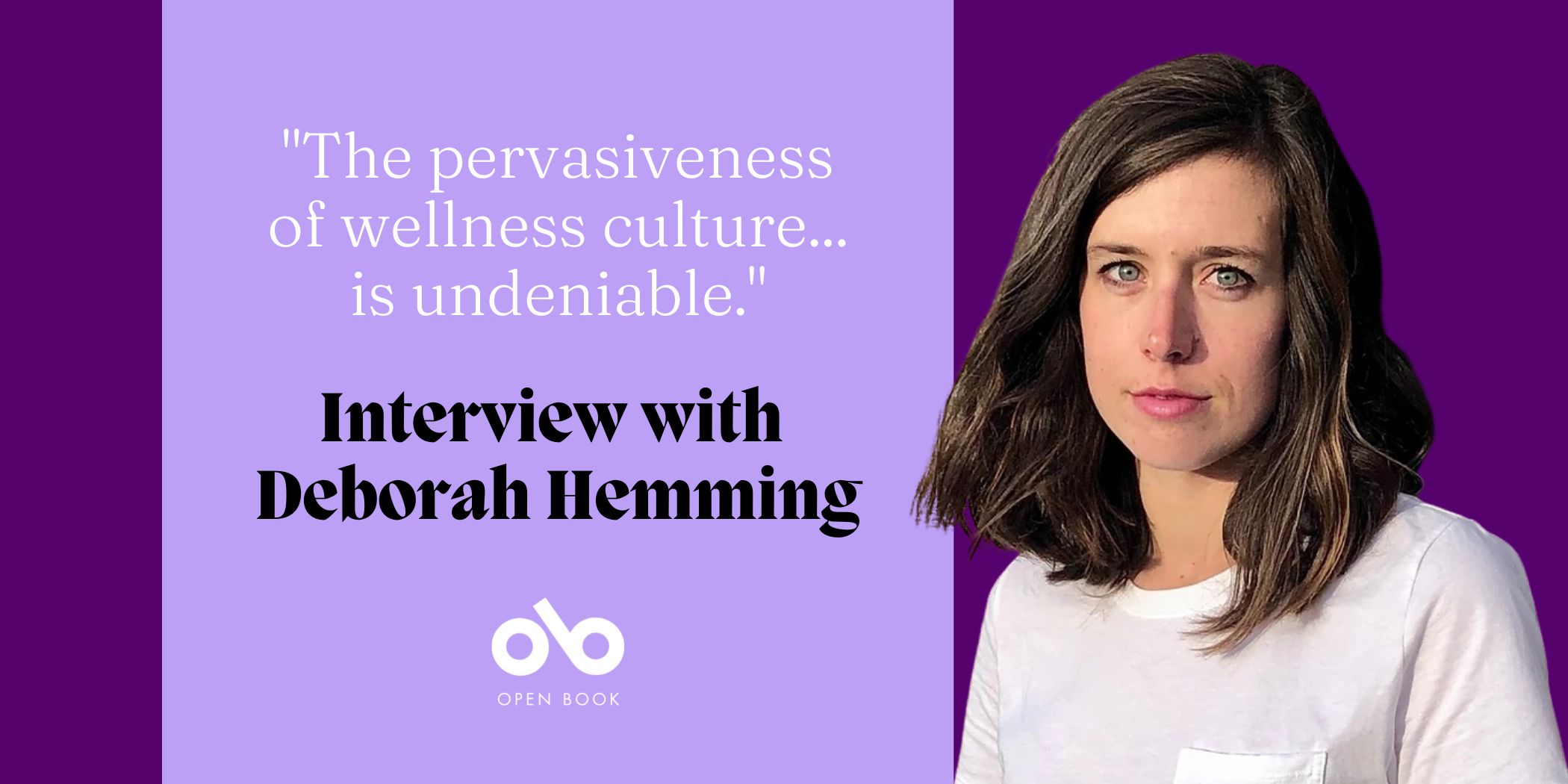 Contemporary wellness, as a lifestyle and an industry, is a fascinating subculture. With fervent defenders, scammers, dubious science, believers, and deniers all swirling together in one strange (and seemingly enduring) cultural moment, it is fertile ground for fiction. And in her sophomore novel, Goddess (House of Anansi), Deborah Hemming takes full advantage of the surreal qualities of wellness culture to spin a captivating tale.

Following her acclaimed 2020 debut novel, Throw Down Your Shadows, Hemming takes Goddess readers to a beautiful, remote (fictional) Greek island, where a bemused (and somewhat uncomfortable) Agnes has found herself a guest at the exclusive Goddess Summit run by Geia, a world famous wellness guru. Agnes, a newly minted literary star, scored her invite through her new partner, Jack, who just happens to be Geia's ex.

Geia herself is a fabulous literary construct. Promoting controversial therapies and massively expensive 'natural' products, it's easy to see her as a send-up of the Paltrows and Chopras of the world, but Hemming packs in more depth and more surprises than a simple satire. As guest after guest falls under Geia's spell, Agnes' race for the shocking truth about Geia becomes not only more urgent but more engrossing.

We're excited to speak with Deborah as part of our Long Story interview for novelists. She tells us about the vacation that turned into inspiration for her fictional island setting, how she researched in order to create Geia as a believable celebrity in the wellness space, and how both her first draft and final edits took place at equally strange, though different, moments in her personal history. 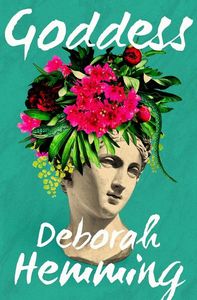 Goddess has a few different settings, but most of story takes place in New York City and a fictional Greek island called Mastika.

The main character, Agnes, is a literary darling of sorts, an up-and-coming writer with an acclaimed debut novel who’s struggling to come to terms with her success. New York seemed like the perfect place to begin her journey, given its importance to American publishing. We meet Agnes in New York at the end of her book tour. In the first few chapters, we see her navigate her new position as a “famous writer” in a city known for being the beating heart of American literary culture.

Later, Agnes is invited to a wellness retreat—the Goddess Summit—on a remote Greek island. In 2017, I visited Greece and fell in love with the islands. There is something truly otherworldly about their beauty: the crystalline water, the cinematic sunsets, the sleepy towns. I wanted to capture all I had seen in my travels but also take it a step further and have some fun with that otherworldly quality. Hence, Mastika—a fictional island—was born. It’s a Greek island with a twist. You’ll have to read Goddess to see what I mean...

I have a real soft spot for Jack, the filmmaker who Agnes meets on an airplane at the beginning of the book. He’s one of those highly creative people who is obsessed with art in all forms, constantly seeking new sources of inspiration: reading, watching, listening; consuming. People like Jack are open to the world in a unique way. They crave connection and collaboration, but they also take comfort in discomfort, in how art can challenge and change your point of view. When we first meet Jack, he’s reading Agnes’s novel and Agnes is struck by his sincere enthusiasm and deep respect for her work.

What I like most about Jack, though, is that he’s a real "good guy" and this makes him a somewhat unconventional love interest for today. Readers have come to expect intense conflict in depictions of romantic relationships, but as Agnes and Jack begin to fall for each other, the conflict that exists between them is caused by Agnes’s hang-ups alone. Namely, her fear that she doesn’t deserve all Jack has to offer.

A bestselling author with a bad case of imposter syndrome finds herself (in every sense of the term) at a wellness retreat led by a celebrity guru with a larger-than-life secret.

As a woman in her thirties on social media, the pervasiveness of wellness culture in my life is undeniable. Everywhere I look online, I’m being sold some version of betterment: physical, mental, spiritual. So, as a starting point, I already felt very well-versed in the wellness world, whether by choice or not. But as I began writing, I took a deeper dive and tried to really understand the wellness influencers/gurus who reign supreme today. What motivates them, aside from money?

I listened to interviews with these figures, scoured their websites, and took a close look at their various social media channels. I also observed how their followers interact with their content to better understand the dynamic between influencer and those who they influence. Something about that relationship reminds me of high school. The it girl or queen bee who sells a particular brand of cool to everyone else. The masses worship her and seek to be like her, but the flipside is that she, out of necessity, relies on others to feel powerful. I had fun exploring that interdependence through Geia, the wellness guru character in Goddess, and her reliance on her followers.

I wrote the first draft of Goddess during the pandemic. I started working on it in March 2020, just as the world was shutting down, and looking back, it seems fitting that I wrote a novel about self-care during that strange and difficult time. Writing has always been my favourite way to take care of myself. It grounds me and makes me feel whole.

I revised Goddess with my editor during another time that could be described as strange and difficult: shortly after my son, Rufus, was born. As a friend once said, caring for a newborn is a bit like arriving on another planet. Everything is new and different. But returning to writing four weeks after Rufus made his appearance was a real gift. It reminded me of who I was before I became a mother and showed me that writing had a place in my life even though my world had been changed forever. Fortunately, Rufus was very happy to nap on my chest (in a carrier) while I worked on my edits.

Deborah Hemming is the author of Throw Down Your Shadows, which was a finalist for the 2021 ReLit Novel Award. She studied English at McGill University and the University of King’s College, and Information Studies at Dalhousie University. She lives in Wolfville, Nova Scotia, with her partner and son.

An entrancing novel about a wellness retreat on a remote Greek island hosted by a celebrity guru who is more than meets the eye.
On a flight to New York at the end of her first book tour, up-and-coming writer Agnes Oliver meets Jack Verity, the handsome filmmaker and ex-husband of Geia Stone, a famous actress turned wellness guru, whose popular lifestyle brand Goddess™ promotes controversial therapies and expensive beauty tools in the name of self-care and inner nourishment. Jack invites Agnes to a party in the Hamptons, where she meets Geia and finds herself welcomed into the guru’s inner circle.
That summer, Geia arranges for Agnes to attend the Goddess™ Summit, an exclusive wellness retreat held on a remote Greek island. There, Agnes observes many strange happenings she can’t explain, as one by one the other guests seem to fall under the spell of their enchanting host. When Agnes begins to discover who Geia really is, she realizes it’s up to her to protect the other women at the summit from an unexpected and unwelcome fate.

A propulsive and captivating story about beauty and influence, self-doubt and seduction, Goddess is an electrifying new novel from a talented writer to watch.