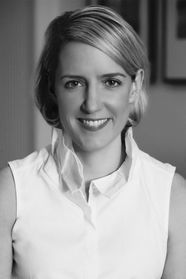 London (the one across the pond) based author Kimberley Tait had an unusual path to publishing. After moving from her native Toronto to the U.S., she earned an MBA from Columbia University and began a career in the investment industry in New York. Taking what she'd learned of that glittering, high pressure world, Tait turned her eye to fiction. The result was her debut novel Fake Plastic Love (Flatiron Books). The story of an Odd Couple style friendship between an idealistic lifestyle blogger and a tough-minded investment banker, the book both is a send up of millennial Manhattan and a thoughtful examination of two young women trying to figure out what is real and worth holding onto. When a Gatsby-esque man comes into their orbit, both women find themselves faced with decision not just about what their lives will be, but who they are.

We're pleased to welcome Kimberley to Open Book today to take our Dirty Dozen challenge, where we ask authors to spill twelve unexpected and unknown facts about themselves. Kimberley tells us about a near miss with Michael Jackson, her nostalgic Blue Jays connection, and why she and her friend Ted are a package deal.

Kimberley Tait was born and raised in Toronto, Canada, and moved to the U.S. to attend Dartmouth College, where she wrote an Honours Thesis on life as a staged performance in the works of F. Scott Fitzgerald. Kimberley earned an MBA from Columbia Business School and has worked at investment banks in New York and London, continuing to work with financial services and investment firms as a writer and marketing strategist. A Canadian, American, and Swiss citizen, Kimberley lives in London with her husband. Fake Plastic Love is her debut novel.