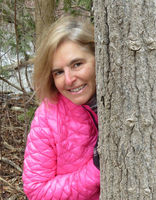 How well do you know your neighbours? On Primrose Street, everyone knows each other, but no one is truly known. From neighbourhood patriarchs and matriarchs to mysterious newcomers, each character in Marina L. Reed's Primrose Street (Blue Moon Publishers) has a secret inner life.

When an unexpected invitation arrives in their mailboxes however, everything changes. A thoughtful and wise meditation on connection, identity, and community, Primrose Street asks us not only how well we know the people around us but how well we know ourselves.

We're excited to share an exclusive excerpt from Primrose Street, courtesy of Blue Moon Publishers, as part of our December spotlight on excerpts. 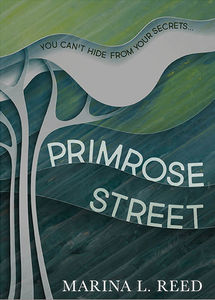 The Gouda cheese was too bland. She tried it last week. Mary was looking for something with more of a smoky, nutty flavour — a cheese that could stand alone with a glass of red wine.

She peered through the oval glass covering the cheese display, holding the small paper with the customer number she had been given when entering the store. Other shoppers were impatiently waiting, looking at watches, eyeing each other. A number was randomly bellowed over the din of voices and shoes and doors and servers. Someone would raise their number high, sweaty and crumpled, like they had just won a lottery, and move forward to select their meat for the week or cheeses. She was jostled into the man beside her and gathered her bag a little closer to her chest. She heard her number and pushed toward the front. It was like being part of a herd where the strongest survived. She explained what she wanted in a cheese, to moans and groans from customers behind.

“So choose already,” someone yelled.

The server was oblivious to the herd and presented her with a slice of cheese to taste on a piece of wax paper. Spanish cheese. It rolled over and around her tongue, but no, it wasn’t what she was looking for.

“Maybe a Tilsit,” he offered. More groans from the herd as he prepared another piece of wax paper. Disgruntled voices arose from the restless crowd. She was rattled, getting warm in her wool coat and hat. She accepted the cheese slice, beads of nervous perspiration beginning on her temples and between her breasts. But cheese was sacred and not to be rushed. Didn’t this angry mob know that? She folded the Tilsit into her mouth and felt the saliva collecting around its flavour.

“It is quite unique, but it doesn’t have the nutty quality I was hoping for. I’m so sorry I can’t remember its name. Maybe a Gruyère?” Someone pushed into her, jamming her up against the glass.

“Oh my God, it’s only cheese. We don’t have all day,” someone in the mob yelled. Mary just couldn’t buy cheese like this. It was like having a claw-foot bathtub filled with fragrant bubbles and only being able to dip in your toe. Her anxiousness forced the perspiration to fall around the curve of her breasts, settling in the elastic of her bra. She just took a larger slice of the Tilsit and moved through glares and jibes to the cash, wanting to leave more than she wanted the perfect cheese. Maggie would probably be back in a moment anyway. She was picking up some veggies at the shop down the street. They liked to shop on Saturday; it was their outing. Afterward, they’d get a coffee and a pastry at the local café and discuss the week. It was what friends did. She would drive in from out of town each Saturday just for shopping day. The main street in Martineville was so unique, and so was Maggie; it was worth the drive.

The herd was now pushing her toward the cash. It was not a relaxing shopping day. She frantically dug for her wallet, close to tears.

A tap on her shoulder made her jump. She cautiously turned, waiting to see another angry, impatient customer ready to hurl an insult. A first she only saw the thin slice of pale cheese on the piece of wax paper and the apron double tied in the front. She politely took the slice and looked up and up into the kindest, softest, bluest eyes she had ever seen, with a decided sparkle around the edges. She stopped breathing for a whole minute at least, the cheese hovering in midair. She didn’t want the moment to end or his eyes to turn away.

“I’m sorry this has been so difficult for you. People are in quite a hurry today,” he said. “I thought this might be what you were searching for,” and he gestured to the piece of cheese clinging to her fingers. Mary mechanically brought the food to her mouth, not taking her eyes from his. The cheese found her tongue and burst into song.

“Perfect,” was all she could manage. She tried to smile.

“Thought so.” He tucked a brown-wrapped package into her bag. “It’s on me. Sorry for the trouble today.” She swallowed down a gulp into her suddenly dry throat and made her way out of the busy store, as if moving in the silence of a cedar bush rather than through a disgruntled herd.

She took out the package, pretending she was holding his hand, and saw his name, Graham, and his phone number written on the outside of the butcher’s paper. She felt an unfamiliar energy course through her body, more than an adrenaline rush, closer to the thrill of a lightning bolt dazzling the sky out of nowhere, maybe like walking into a dark room that springs into a surprise party. She turned, and there he was at the window, arranging a display. He smiled and nodded slowly, almost in a ceremonial bow.

Welcome to Primrose Street, where neighbours share close interactions but know very little of each other. Only the maple trees that have lined the road for decades know their decisions, indiscretions, secrets, joys, and pains.

From fifty-year residents Charlie and Cora and their grandson Ronald, to newcomer Sofia and her son Nicolas, to best friends Tabitha and Dayna, the residents of Primrose Street go about their daily lives—shopping, attending school, meeting at cafés, smiling as they pass on the sidewalk—all the while remaining invisible to one another.

Only when an invitation arrives in their mailboxes must the residents of Primrose Street decide whether to allow authenticity into their lives and neighbourhood or remain limited in their relationships and thereby to themselves.

Drawing comparisons to Maeve Binchy and Elizabeth Strout for its clear-eyed characterizations of everyday people, Marina L. Reed’s writing sheds light on questions that haunt us and exposes the poison of secrets. Primrose Street is everyone’s street, where the ebb and flow of daily experiences can bring people together and miracles are still possible.