October 18 marks the launch of the 39th edition of the Toronto International Festival of Authors  - but in a way, this is also year one for the newly re-branded and re-imagined festival (formerly known as IFOA, the International Festival of Authors). It's a year not to be missed; the festival is pulling out all the stops for the TIFA transition and we're excited that we get to speak to three of the talented guest authors at the festival: Randy Boyagoda, author of Original Prin (Biblioasis), Sarah Henstra, author of The Red Word (ECW Press), and Alex Leslie, author of We All Need to Eat (Book*hug).

They told us about what they'll be reading, how they prepare for public events, and the advice they've got for aspiring and emerging writers. Make sure to catch them in person at the Harbourfront Centre in Toronto: Randy will be appearing on October 26, Sarah on October 28, and Leslie on October 27 for more tips and insights into the writing life.

Tell us about your event/s at the festival and the book you're featuring. 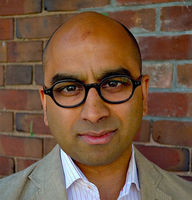 I’m at the Festival to discuss my new novel, Original Prin, and I will do so in conversation with Rawi Hage, who’s at the Festival to discuss his new novel, Beirut Hellfire Society. My novel’s about a middle-aged Sri Lankan English professor working at a failing Catholic college in downtown Toronto. He’s asked to figure out how to keep the university open, and he does so because he’s convinced God wants him to... and also because it involves a trip to the Middle East with his ex-girlfriend from graduate school.

I’ll be reading from and discussing my new novel, The Red Word, on a panel with fellow authors Rachel Giese and Vivek Shraya. I’m also moderating a panel, and I’ll be participating in the celebration event for the “GG Books,” since The Red Word has been nominated for the Governor General’s Award.

I’m appearing in a double interview with Japanese novelist Sayaka Murata, whose work I’m excited to read. She won the Akutagawa prize for her book Convenience Store Woman. This event will be a new experience for me, because Murata will be accompanied by a Japanese-English translator. I think this will be an opportunity to listen attentively in a new way and speak about our books across culture and language.

I am presenting my new collection of interconnected short stories We All Need to Eat, just released on October 1 by Book*hug. This is my third book, after a collection of stories and a collection of poems. This book is about Soma, a Queer woman in Vancouver, and the stories range from her early childhood to her mid thirties, and weave across her relationships with family, friends and lovers. The main recurring topics in the stories are mental illness, Queerness, Jewish identity and distinctions between chosen and blood family and the unique power of each. There is a novella at the centre of the book about the reverberations of the effects of the Holocaust on Soma, in the context of the Alt Right in the media. I wanted to create a fractal, nuanced portrait of a person who straddles different complex identities and I also wanted to experiment with the short story form. There are stories narrated in first person, second person and third person in the book. There’s a novella and there’s a story that’s a page long.

What does being part of the festival mean to you? How do you view the function of literary festivals?

It means a lot to be part of this festival because TIFA attracts serious readers and fantastic writers from around the world. It’s also a wonderful event in the life of the city, every Autumn, and in part I mark my own sense of life in the city by its taking place each October. 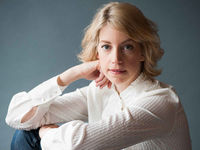 I’ve been a big fan and follower of TIFA since my undergraduate days, when a group of friends pooled their cash to buy me a VIP pass for my birthday. I remember seeing my idols (e.g., Alice Munro) read and dreaming of the day I’d get to be on that stage... I found it all hugely inspiring and intimidating.

Literary festivals, for readers, are a chance to get publicly close to the writers whose work we’ve enjoyed in private, and to see the faces and personalities behind our favorite books. For writers, festivals are opportunities to get out from behind the desk and meet one another, share ideas, and connect with readers. Above all, a literary festival is a chance to celebrate books.

I’m honoured to be part of this festival. I’m reading on the 27th but will be in Toronto, from Vancouver, for several days of the festival, and I’m so grateful to TIFA for hosting me. Looking over the program, I see a richness and variety in the programming, particularly Indigenous and international authors. I live on the West coast and we have an incredibly strong literary community in Vancouver, but reading at TIFA means sharing with a different audience and witnessing work that may not find its way to the coast.

I see the function of festivals as creating opportunities for connection – hearing work I otherwise wouldn’t have, and seeing divergent texts in conversation with each other. I think that as writers we work in isolation so much, just writing writing writing, that being able to step outside that have a dialogue with a writer engaged in that same practice in another language in another country is invaluable. We can come away with a different perspective on our own practice.

What makes a great festival event, in your mind? What's your favourite type of literary event to attend?

A great event’s made possible by the chemical-intellectual reactions that take place between writers on the stage and between the writers and the audience members. My favourite type of event is one where my books are sold out.

The audience is a big part of a great event: if the room is packed, and lots of folks have read the authors’ work or are eager to hear from them in the flesh, then the space crackles with a sense of occasion even before anyone comes onstage. A skilled moderator makes a difference, too, by asking great questions and keeping the tone congenial but not glib. My favorite events include short readings—just a quick taste of the authors’ style—with enough time for some meaty discussion. 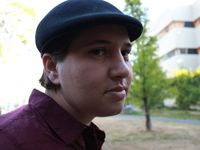 What makes a festival great is range of artists who participate – age, culture, Queer and trans* artists, Indigenous artists, works in translation – and putting these artists in conversation with each other.

How do you prepare for public reading and speaking events like TIFA? Do you ever get nervous before appearing at public events?

Double shot of espresso, glass of white wine, two Advil … and no.

I do get butterflies, especially if my parents are in the audience! But I teach (at Ryerson University) for a living, so I’m accustomed to being in front of big groups. If I choose a passage I haven’t read aloud before, I will practice it in case of unpronounceable words.

I practice reading at home, aloud. My dog is an astute and receptive listener. Practicing reading helps me remember to listen to myself while I’m reading in public. It’s very odd to hear one’s own voice alone in a large space, so normalizing that as much as possible is helpful.

It’s interesting – I used to say I never got nervous about reading. I played a lot of music as a child and teenager and performed countless times, and had to learn to not get stage fright. But as I’ve written more and read more, my nerves have come back, but not in the form of fear of the stage, but a strong emotional connection to what I’m reading that bubbles up in public space. I think it’s a good thing that I get nervous now, because it means I care about what I’m reading – the words are important to me and I feel that when I read.

What advice would you give to emerging writers working on book projects now?

Read the living and the dead.

Ask yourself, “What am I doing this for?” If it’s money or glory or revenge or quitting your day job or some other big, external payoff, you are likely heading for disappointment, because external motivation will never be enough to sustain you through those long, solitary days of writing. But if the act of writing is a payoff in itself—if sitting alone at your desk, slowly wrestling the words down on the page, feels like true freedom to you—then you are on exactly the right path.

Have confidence in your own writing and build that confidence through nurturing your own ability to focus and protecting your relationship with your work. If a piece isn’t working, print it out, annotate it, try writing out of it in different directions, make notes about how it connects to other pieces you’re working on, try to write some paragraphs after the ending you have now. My experience is my stories start to function after I’ve spent enough time chipping away at them, moving pieces around, and going through this process of editing by hand. This focus and attention will give you confidence because you’ll get to know yourself, what makes you tick, what the writing needs from you.

For full information on the Toronto International Festival of Authors, please see their website.

Randy Boyagoda is one of Canada’s funniest and most provocative writers. A regular presence on CBC Radio, his most recent novel, Beggar’s Feast, was selected as a New York Times Book Review Editor’s Choice and longlisted for the IMPAC Dublin Literary Prize. His first novel, Governor of the Northern Province, was nominated for the Scotiabank Giller Prize. Born to Sri Lankan parents in Oshawa, he lives in Toronto with his wife and four children. He is a professor of English at the University of Toronto, where he is also Principal of St. Michael’s College.

Sarah Henstra is a professor of English at Ryerson University. She is the author of the young adult novel Mad Miss Mimic. This is her first work of adult fiction. She lives in Toronto.