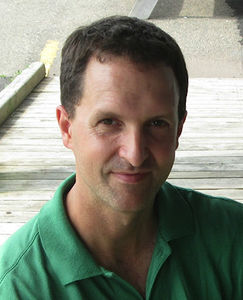 Just as New Year's Eve approaches, JonArno Lawson has come to our research with ideas for what sounds like some extremely fun NYE traditions. In this exclusive excerpt from his new book But It's So Silly: A Cross-cultural Collage of Nonsense, Play and Poetry (Wolsak & Wynn), we discover traditional Colombian New Year's Eve traditions, superstitions, and games. Personally, we'll be spending the next few days becoming champion Three Feet players and making sure our yellow underwear is ready to go.

But It's So Silly is a great book to ring in a New Year with - it examines creativity, play, and imagination (including poetry) through a cultural lens, all in Lawson's intimate and wonderfully readable voice. From Malta to Jamaica (and many other places and cultures), Lawson's explorations draw on his background as a children's writer, and ask intelligent and essential questions about the state of childhood and play.

Be sure to give these a try at your New Year's celebrations this year!

Excerpt from But It's So Silly: A Cross-cultural Collage of Nonsense, Play and Poetry by JonArno Lawson

Le cuento el milagro pero no el santo.
I’ll tell you the miracle, but not the saint.

I first asked Monica Sarmiento about Colombian children’s games when she was my son Ashey’s kindergarten teacher, back in 2009. Monica, in those days we knew her as Ms. Sarmiento, told me about a game played near Christmastime, involving feet. But we didn’t sit down to really talk about the subject until six years later, by which time our families had become close friends.

Monica; her husband, Andres Lopez; their son, Mateo; and Monica’s mother, Gloria, came for lunch one spring day. We had decided ahead of time that the conversation would be dedicated exclusively to aguinaldos. I had tried to talk about this many times in the past, but a conversation with the Sarmiento-Lopez family inevitably went in any and every direction, and into this easy, organic flow of talk, research questions felt bureaucratic and out of place. But my book now had a deadline. It happened to be a piece of great luck that Monica’s mother, Gloria, was visiting from Miami.

“What is an aguinaldo?” I asked. “What does it mean? And when does it happen?”

The adults conferred in a mix of English and Spanish. How to translate the word? The term could be used to describe a small birthday gift, but in Colombia, it referred to a series of Christmas games played between December 16 and December 25, corresponding with the novena. A novena, in certain branches of the Christian church, is the term for nine days of prayers that lead up to a special occasion of some kind, often in anticipation of a church feast.

The aguinaldos were usually played with the same group of people – family and friends – over the course of the nine days and evenings. Each evening someone else takes a turn at hosting.

Below are the five most commonly played games. For each one you might have a different competitive partner; all different ages participate and partner with each other. Over the nine days, you tally up your points.

We moved on to other topics. Andres, Monica and Mateo had come for New Year’s Eve that year, and they’d brought grapes for all of us to eat at midnight. “How do the grapes and the wishes work again?” I asked them. They made it clear there was no religious connection.

“Where did the custom come from?” I asked.

“It must have been some witch,” said Gloria, laughing. “You go to church, but you also visit a sorcerer for good luck, for health, to help with problems. Not everything is ruled by reason.”

Monica told us about a complicated ritual with a dove, performed by a sorcerer on the beach in Miami. It had been done to help her find a good husband, and indeed, she and Andres did seem very happy.

In any case, the grapes: You had to eat twelve grapes in the course of a single minute at midnight, making a wish on each grape. And if you don’t manage to eat the grape within that minute, the reverse of your wish happens, so the stakes are high.

JonArno Lawson is the award-winning author of numerous books of poetry for children and adults, including Black Stars in a White Night Sky, A Voweller’s Bestiary and Think Again. A two-time winner of the Lion and the Unicorn Award for Excellence in North American Children’s Poetry, he lives in Toronto with his wife and children.

But It's So Silly: A Cross-cultural Collage of Nonsense, Play and Poetry

How are ideas of play shaped by culture? What is imagination, or creativity, and where does poetry fit into this mix? For the past decade, award-winning children's author JonArno Lawson has been collecting children's poetry, lap rhymes, finger games and stories of how people interact with young children across the world, drawn to each culture's unique approach. In this wide-ranging collection we learn of language play from Malta, round games from Jamaica, Yiddish hand rhymes, and of the wonderful and complex ways these are all passed down through generations. Along the way Lawson looks at the implications for how North American society approaches childhood and what we might gain from looking at things differently.