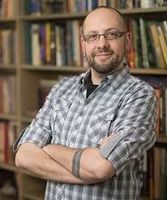 Leanne Betasamosake Simpson praised the book, saying it "simultaneously affirms Indigenous writing, introduces Indigenous readers to the canon of Indigenous writing, and teaches non-Indigenous folks how to read our literatures... Why Indigenous Literatures Matter was an honour to read. It is instructional without instructing, grounded, confident, affirming, generous, brilliant, clear and joyful."

Justice asks essential questions through a lens of lived experience and Indigenous tradition: How are we to live, and to treat one another? How do we tell stories? He also challenges readers to re-think potential assumptions about Indigenous writing and politics. A great volume for readers new to exploring these conversations as well as those who have read widely on the subject, Why Indigenous Literatures Matter is suffused with Justice's wit, clarity, and authenticity on every page.

For Justice's fans, it will be no surprise that his responses to our Dirty Dozen questionnaire, where we try to get to know writers on a personal level, are characteristically memorable and relatable. He tells us about family history, a childhood nickname that stuck, and how much he owes to Dorothy, Blanche, Rose, and Sophia.

Daniel Heath Justice (Cherokee Nation) is Canada Research Chair in Indigenous Literature and Expressive Culture at the University of British Columbia. A widely published scholar in Indigenous literary studies, he is the co-editor of the groundbreaking Oxford Handbook of Indigenous American Literature (2014) and author of a Cherokee literary history, a cultural history of badgers, and an Indigenous epic fantasy series.

Part survey of the field of Indigenous literary studies, part cultural history, and part literary polemic, Why Indigenous Literatures Matter asserts the vital significance of literary expression to the political, creative, and intellectual efforts of Indigenous peoples today. In considering the connections between literature and lived experience, this book contemplates four key questions at the heart of Indigenous kinship traditions: How do we learn to be human? How do we become good relatives? How do we become good ancestors? How do we learn to live together? Blending personal narrative and broader historical and cultural analysis with close readings of key creative and critical texts, Justice argues that Indigenous writers engage with these questions in part to challenge settler-colonial policies and practices that have targeted Indigenous connections to land, history, family, and self. More importantly, Indigenous writers imaginatively engage the many ways that communities and individuals have sought to nurture these relationships and project them into the future.

This provocative volume challenges readers to critically consider and rethink their assumptions about Indigenous literature, history, and politics while never forgetting the emotional connections of our shared humanity and the power of story to effect personal and social change. Written with a generalist reader firmly in mind, but addressing issues of interest to specialists in the field, this book welcomes new audiences to Indigenous literary studies while offering more seasoned readers a renewed appreciation for these transformative literary traditions.