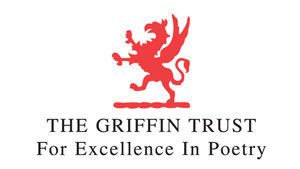 This morning, the Griffin Trust for Excellence in Poetry announced the 2019 shortlists for the Griffin Prize in Poetry, both Canadian and International. Judges Ulrikka Gernes (Denmark), Srikanth Reddy (USA), and Kim Maltman (Canada) each read 510 books of poetry, from 32 countries, including 37 translations.

The authors of the seven shortlisted books —four International and three Canadian—will be invited to read in Toronto at Koerner Hall at The Royal Conservatory in the TELUS Centre for Performance and Learning on Wednesday, June 5 at 7.30 p.m.