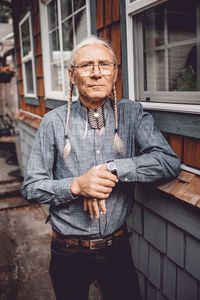 Armed aliens searching for heaven; mysterious storytellers; otherworldly medicine women and sacred trees; and, of course, dragons. It sounds like a list that could never be contained in a single book, but in The Björkan Sagas (House of Anansi Press) Harold R. Johnson creates a world so fresh and enchanting that each new turn feels both surprising and inevitable.

Johnson draws on his family's storytelling experience, with both Cree and Swedish roots, to blend the best of the fantastical in a story about a group of tale-spinners, the Björkans, who set out on a journey of discovery to find what life is like outside of their peaceful valley. Their quest turns to one of protection when invaders arrive to steal secrets from the valley's sacred trees. And when an even greater enemy arrives, the Björkans join forces with others for an epic fantasy battle.

Johnson both nails the immersive, old school worldbuilding and puts a fresh formal twist on the genre with his blend of influences, his stylistic minimalism, and the innovative twist that the story is presented as a "found manuscript".

We're excited to welcome him to Open Book to talk about The Björkan Sagas as part of our Long Story interview series for novelists.

He tells us about writing in the early morning to stay "as close as possible to the dreamworld", about the cheeky "literary fraud" that led to his story's unique framing device, and how the book evolved as a blend of his mother and father.

Every night when I went to bed, in those moments before sleep, I told myself a story. I didn’t want to start writing it because I knew I had a big edit coming. I had written my previous book, Peace and Good Order, in a month and a half, it needed work.

The setting for the sagas is purely imaginary. I created it in those dreamlike moments before sleep. When it came to write it, I wrote first thing in the morning, again, as close as possible to the dreamworld. The people, the cultures, everything is imagined. I put thoughts into the dreamworld as I fell to sleep, and collected them back again the next morning when I committed the story to writing.

The Bjorkan Sagas evolved through several metamorphoses. The first draft took two weeks to write. It was one long poem. The Publisher thought it might make a graphic novel, but finally decided what they wanted was more. So, I wrote the second and third saga; again, all as a long poem. The publisher said they were sorry, but they just didn’t know what to do with it. My agent sent the MS to other publishers, but it was at the height of the first Covid spike, New York was hit hard and shut down. When we didn’t get any replies, I asked my agent for it back. I thought I might self-publish. She agreed. I know to never do anything without an editor to catch the errors I do not see. I asked Sean Virgo to edit it for me. He said he was too busy, but asked me to send him the MS anyway. He told me he understood why publishers were reluctant, it was too strange. He suggested I commit a literary fraud and say I found the sagas and bracket them with an introduction a conclusion. It would make the MS look more normal.

So, I did. I was living in northern Saskatchewan in a cabin with my wife and I just wrote myself and place into the story.

Sean reminded me that the Icelandic and Irish sagas are not all poetry. They are primarily prose with interspersed poetic lines. I tried it. I rearranged the sagas, reverted poetry to prose, and really liked the result.

I dedicated The Bjorkan Sagas to: My children, my grandchildren, and the next seven generations. To this beautiful planet, to all my relations, and especially to my relatives the trees.

I thought it was important to say it.

I tried a style of writing that I call minimalist. I don’t tell the reader anything extraneous to the story. I never tell you the colour or length of the protagonist’s hair for example. I leave it to your imagination, knowing that your imagination is much more vibrant and colourful than anything I or any other author could describe. While the story and the characters in The Bjorkan Sagas pays tribute to my Swedish father, the writing style comes from my mother’s Cree culture. This is the style that she used to tell us trickster stories.

Harold R. Johnson is the author of five works of fiction and five works of nonfiction, including Firewater: How Alcohol Is Killing My People (and Yours), which was a finalist for the Governor General’s Literary Award for Nonfiction. Born and raised in northern Saskatchewan to a Swedish father and a Cree mother, Johnson served in the Canadian Navy and has been a miner, logger, mechanic, trapper, fisherman, tree planter, and heavy-equipment operator. He is a graduate of Harvard Law School and managed a private practice for several years before becoming a Crown prosecutor. Johnson is a member of the Montreal Lake Cree Nation. He is now retired from the practice of law and writes full time.

Drawing upon his Cree and Scandinavian roots, Harold R. Johnson merges myth, fantasy, and history in this epic saga of exploration and adventure.

While sorting through the possessions of his recently deceased neighbour, Harold Johnson discovers an old, handwritten manuscript containing epic stories composed in an obscure Swedish dialect. Together, they form The Björkan Sagas.

The first saga tells of three Björkans, led by Juha the storyteller, who set out from their valley to discover what lies beyond its borders. Their quest brings them into contact with the devious story-trader Anthony de Marchand, a group of gun-toting aliens in search of Heaven, and an ethereal Medicine Woman named Lilly. In the second saga, Juha is called upon to protect his people from invaders bent on stealing the secrets contained within the valley’s sacred trees. The third saga chronicles the journey of Lilly as she travels across the universe to bring aid to Juha and the Björkans, who face their deadliest enemy yet.

The Björkan Sagas is a bold, innovative fusion of narrative traditions set in an enchanted world of heroic storytellers, shrieking Valkyries, and fire-breathing dragons.