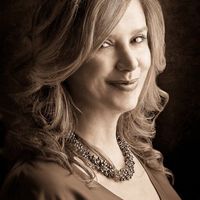 With TIFF (the Toronto International Film Festival) just having started up for last week, it seems like perfect timing for Helen Walsh's Pull Focus (ECW Press), a brainy and dark mystery novel set against the backdrop of an international film festival that just happens to be in Toronto.

Walsh knows how to set her scene just right, having worked as a producer in Los Angeles and New York before founding Diaspora Dialogues, a well-loved literary mentoring organization in Toronto.

Pull Focus brings the dark glamour of the buzzy film world to life as its protagonist Jane, the new director of a Toronto-based film festival, searches for her missing partner. Having inherited the festival's top spot from a former colleague accused of sexual misconduct, Jane has plenty of people rooting for her to fail. Beset by huge responsibilities, jealous factions, and mysterious strangers, Jane's time to find and rescue her partner is running out, and readers will find themselves swept up into Walsh's tightly plotted, intricate debut mystery.

We're excited to welcome Helen to Open Book to take our Goings Pros and Cons challenge, in celebration of the publication of Pull Focus, her debut novel. Going Pros and Cons asks writers to share their behind-the-scenes knowledge of a life in writing and publishing, from the heady highs to the most awkward moments. Helen tells us about a touching tribute to a well-known late writer friends who was instrumental in inspiring her to write, talks about why the concept of "buzz" around a book is complicated, and shares an incredibly helpful list of specific tips for aspiring writers.

Pull Focus is my debut novel. I was very excited when the box of author copies first arrived. It was emotional to see finished copies of a book I’d started almost a decade earlier.

The poet/novelist Priscila Uppal was a close friend and mentor. Years ago, she said over lunch, ‘Helen, you’re always going to be too busy running things. If you want to write, then write. I’ll be your coach and in exchange you can teach me how to raise money for an art + health institute.”

Sadly, Priscila passed away before Pull Focus was published. So, when the books arrived, I poured myself a glass of bubbly – Priscila loved champagne – and re-read her poetry collection Ontological Necessities. Later my partner came home, and we finished the rest of the bottle and ordered in dinner. It was perfect.

Well, patience isn’t my strong suit. I’m frustrated by what seems an imbalance of support given by booksellers (the indies and Indigo) to debut books versus established authors. By the lesser attention our media pays to titles published by Canadian-owned houses versus the large three.

My concern started years ago through my work with Diaspora Dialogues. DD’s mentoring programs have helped hundreds of writers fulfill their dreams by publishing their first book, yet too often those same writers are crushed when their books get inadequately stocked or promoted by booksellers. Often, their first book receives little publicity.

Conventional media space for book reviews by any author is shrinking. Profit margins are thin for publishers and bookstores, so staffing is, too. (Though books are returnable, so the risk is mitigated for the latter.)

But a strong farm team approach means supporting early-stage authors substantially and routinely. Of finding satisfaction in being talent spotters. Of being willing to take risk. Readers come with all kinds of interests; help connect them with a plurality of choices. No-one likes a funnel.

Remember that all buzz is created. It’s something Farzana Doctor says in her marketing workshops and after twenty years spent working in publishing, I agree. Buzz doesn’t mean a book is good; but it does mean that someone (publisher, publicist, agent, author – or all the above) has invested considerable time and money promoting it.

Writers, especially those without a track record, need to start working on marketing at least six months in advance of publication date (preferably longer). Even though most publishers will assign a publicist, the author must drive the process forward. Writing the book is the hardest part, but finding your audience takes a daily marketing effort, and a willingness to leverage every personal contact you have.

Also, have some fun! Celebrate your success in finishing and publishing your book. Take time to build community – read other writers, review books, blog, host book discussions or author talks. That community will support you back. Let your measures of success be wider than just book sales or media hits.

Make sure you’ve taken the book as far as possible with revisions before you submit to a publisher or agent. It’s rare that someone will read your work again, if they rejected it.

It’s critical to get creative feedback during the writing/revision process. Seek out mentoring opportunities; these can be writing courses, writers’s groups, community-based mentoring programs like Diaspora Dialogues; writers-in-residence at libraries and other public institutions.

Write with passion, commitment, and a sense of pleasure.

Find the right publisher for you. Too often, people assume a bigger publisher will give their book a better chance. This is not necessarily true. Decide what you need most. Handholding or an active role in the publishing process? To sell all rights or withhold some? A larger marketing budget or the personalized attention that comes with being part a smaller team?

Read your contract and take the time to understand all the clauses, especially when it comes to reversion rights, even if you have an agent. The Writers’ Union of Canada has great online resources regarding legal matters, as does the American Authors Association. Your book likely took years to write, and it will be governed for years afterward by the contract. In publishing like in relationships, a solid pre-nup is better than a messy divorce.

I used to work in film as a writer/producer, and the aspect of the industry I loved most was collaboration. As a fiction writer, you have more control over the art, but it’s lonelier.

At least during the writing. I’ve found the production process terrific, grateful each step of the way for the expertise and energy people brought to the table, all of which produced a better final book.

The substantive edit, with an editor I’d long admired and wanted to work with. A copyedit that was robust, challenging, and illuminative. A proof-read that caught even more things. Working with the art director on the creative approach to, and iterative versions of, the cover and book design. The publicists with their insights, tips, contacts, and cheery optimism. The sales, production, and design teams.

It takes a small army of committed bibliophiles to produce a book, never mind an entire list of them each season. I’m in awe of them all.

The hurry up and wait.

If you receive one, then of course it’s about your work, and congrats! Plus, you’ll sell more books, which is a nice bonus.

And if you don’t, remember they’re almost entirely subjective. Do you want to trust the judgement of six people around a table who, like all of us, have confirmation bias? Or hundreds/thousands of people who buy your book?